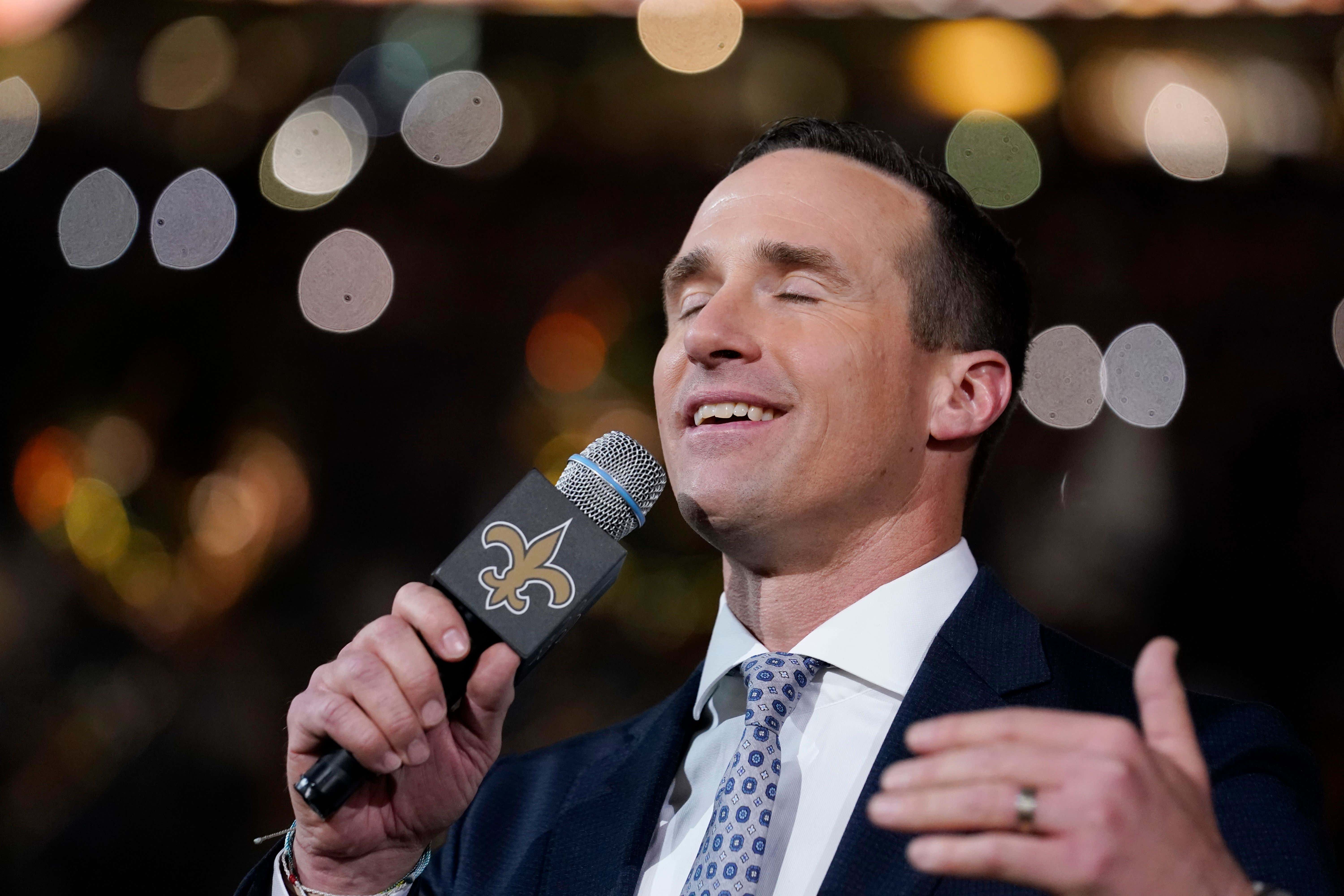 If you have a drop of the milk of human kindness in your soul, you have to feel sorry for Drew Brees. He's just one of those people who seem to go through life with the best of intentions, not meaning to do anyone harm, and yet always end up stepping in it. Whether it's taking heat for his Christian beliefs, his views on kneeling during the National Anthem, or his weirdly short-lived stint on Sunday Night Football. And of course his latest drama, when he almost - though definitely did not - dupe Darren Rovell. Which he didn't. Darren Rovell was not, repeat not, duped by a fake lightning strike video.

I wish there was a metaphor for a person who is constantly attracting negative attention. Where controversy is drawn to them like an electrical current. Oh well. Maybe I'll come up with one of my own. And apply it to Drew Brees, because that is him to the core. Because not only did he practically make Rovell look foolish, he's drawn the wrath of a very powerful special interest group:

The organization has members in at least thirteen countries.

"The recent Drew Brees lightning commercial is an inappropriate, disgusting method of promoting gambling or any TV commercial campaign. This is a deadly injury, and it is disappointing to see the continual ridicule of lightning and electrical injury survivors in comical light in which it is presented for commercial gain and profit," a spokesperson said in a statement obtained by TMZ Sports.

Listen, getting hit by a massive bolt of hot, zizzing death you from or getting 120 volts of A/C current running through your central nervous system is no joke. And I'm sure the Lightning Strike and Electric Shock Survivors International is a fine support group. It has to be difficult to go through life after such a trauma. Especially realizing God or Zeus or whichever deity you believe in took a shot at you. But also that you got hit by lightning and didn't even get a superpower for your trouble. At the very least, if you're going to suffer like that, you ought to have the power to shoot electrical bolts out of your fingertips like Emperor Palpatine. Or at the very, very least, charge someone's phone with the palm of your hand.

That said, shouldn't the people at the LS&ESSI ought to, pardon the expression, lighten up? For crying out loud, you got hit by lightning and lived to tell the tale! That's incredible. You have a story for every social interaction for the rest of your life. Not to mention job interviews, social media bios, first dates. I can't think of a better icebreaker. The guy who thinks he'll be the hit of the party with his story about the time he golfed behind Mark Wahlberg's foursome couldn't follow your act. And somewhere in the crowd is going to be at least one available single who'll want to say they did the old Plug & Outlet with someone who survived a lightning strike. Besides, is there a safer group of people to be with when the dark clouds start forming overhead during the LS&ESSI Picnic?

I'm not much of a joiner as it is. But if that were one of these people, instead of signing up for some club to promote Lightning Strike and Electric Shock Awareness or spend time clapping (another unintended pun, but it stays) at poor, unassuming Drew Brees, I'd be living my life like the last 10 minutes of It's a Wonderful Life. I'd feel like I had a new lease on life and enjoy every minute to the fullest, instead of issuing angry press releases at quarterbacks who are just hustling for a buck. To me the whole organization sounds like the Royal Society for Putting Things on Top of Other Things:

So lay off Drew Brees, who isn't hurting anybody. After all, this guy has a point:

And as long as there's a hockey team in Tampa named after your biggest nemesis, go after them instead.