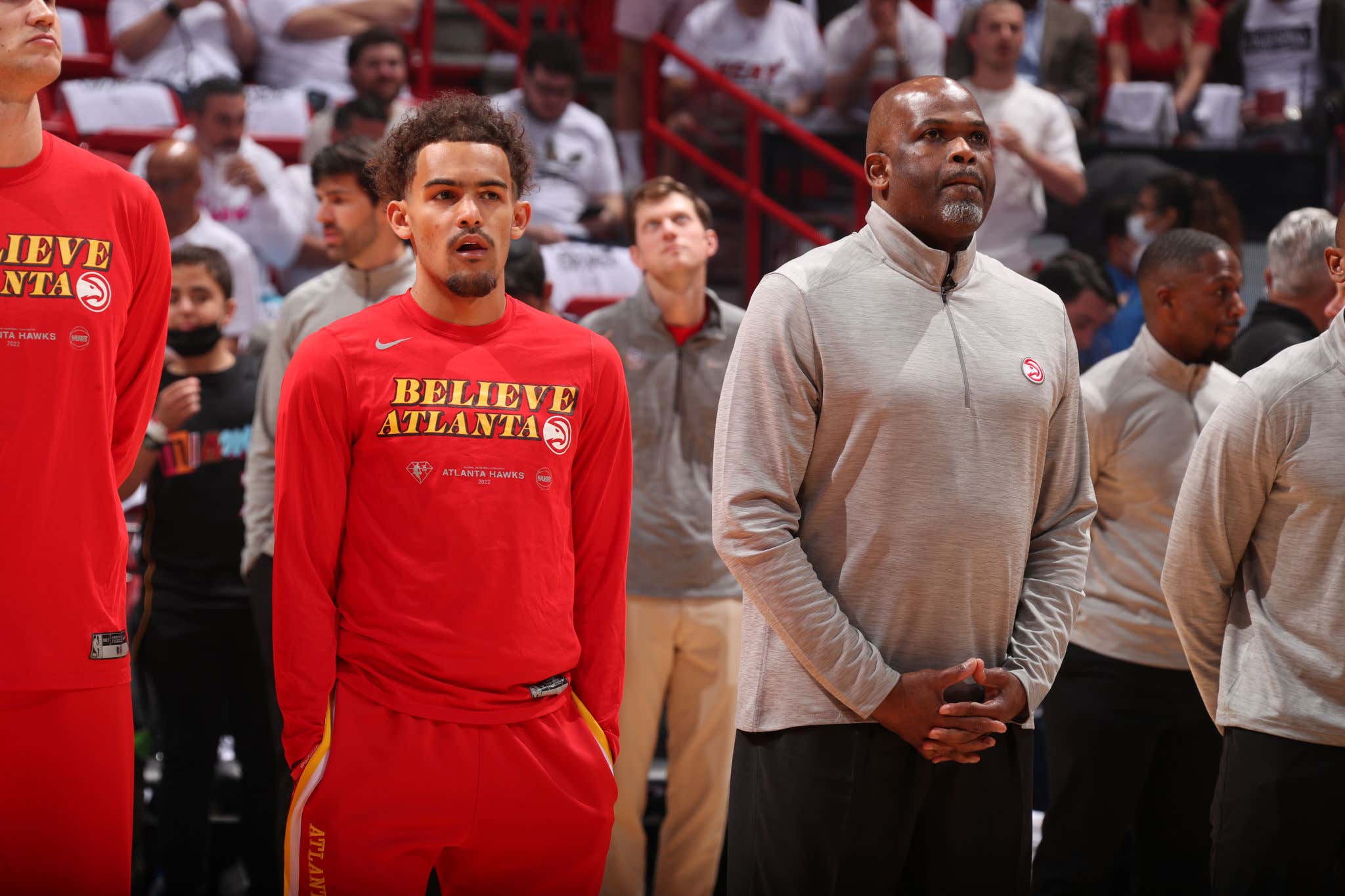 The Atlanta Hawks are off to what I would describe as a relatively underachieving start to their season. The positive is they sit 4th in the East, so things could certainly be worse, but a bad week could have them back into the Play In before they know it. After pulling off the blockbuster trade for Dejounte Murray this summer, I think the expectations of both the franchise and the fanbase was that this was going to be a contender. Meanwhile, they're just 7-7 against teams .500 or better, own the 20th ranked offense, the 9th best defense, and 15th net rating.

They've been fairly average through the first quarter of the year.

It also should be mentioned that despite his solid 28/9 averages, this is also the worst we've ever seen Trae Young shoot the ball. He's a walking brick right now if we're being honest. Just 41.1% from the floor and 30% from three, this is easily the worst shooting season of Trae's young career.

As you can imagine, tensions are probably high in ATL, especially now that John Collins is going to miss some time with an ankle injury while also being floated in trade rumors. This was pretty much confirmed with a nice little Sunday afternoon Shams bomb that reportedly Trae Young and Nate McMillan hate each other's guts

Hawks All-NBA guard Trae Young and coach Nate McMillan had an exchange at Friday’s shootaround that led to Young choosing not to attend the team’s home win over Denver at State Farm Arena, sources with knowledge of the situation tell The Athletic.

While Young was receiving treatment on his right shoulder, sources say McMillan asked him whether he would participate in shootaround, receive treatment during walk-through and play in the game against the Nuggets. But Young made it clear that he wanted to focus solely on his treatment while missing shootaround and deciding later in the day whether he would play.

That approach, however, was not McMillan approved. Since the face of the Hawks’ franchise was deciding not to take part in shootaround, McMillan ultimately presented him with two options for that night’s game, sources said: Play off the bench — or do not show up to the arena. Young responded by saying he would not be playing against the Nuggets, and the team ruled him out while citing right shoulder soreness.

OK, that seems like maybe a little bit of an overreaction by McMillan. It's not like Trae just didn't feel like going to shootaround, he was getting treatment! I dunno, call me crazy but what is more important for the best player on the team to do. Make sure his body is ready to go for a game, or go to shootaround? Seems more like this was a power dynamic battle between the two and McMillian wanted to remind Trae who was still in charge, even though if Young wanted a new coach I'm pretty sure ATL would find him a new coach. Remember, there's a history with that involving Trae

For the Hawks, this issue is a microcosm of tension that exists among Young, McMillan and the locker room. The Hawks have held multiple team meetings early this season to resolve various conflicts, sources with knowledge of the situation said.

For Young, whose strained relationship with former Hawks coach Lloyd Pierce played a large role in his firing in March 2021, it’s the latest sensitive situation that has caused many people within the Hawks to question Young’s leadership approach.

I will say it does seem a little weird that nobody would tell the head coach this plan, whether it was Trae or a trainer or assistant or anyone. McMillan was probably just pissed nobody told him what was going on with his own team which I can understand to some degree, but this isn't some role player. It's Trae Young. He's the franchise. I'm pretty sure this is the exact definition of making a mountain out of a molehill.

The Hawks are a great example of how quickly things can change in the NBA. When their made their ECF run, many thought it was the start of a legit run of the East. Instead, they were dealt a brutal hand with injury luck last year and were a Play In team, and now this year they're certainly not off to the start they wanted while already floating around trading one of their core pieces. This being after they traded Kevin Huerter to the Kings who if off to a great start, and the Hawks can't make a three to save their lives right now.

As they say, winning does cure all, so if the Hawks are somehow able to string some wins together, this won't be an issue. But if they continue to play around .500 basketball, these things can snowball. The last thing the Hawks need is Trae getting to the point where he one day demands a trade, which probably isn't great news for Nate McMillan. We'll see how they look tomorrow at home against OKC, but don't sleep on the Thunder. SGA is a legit All Star/All NBA player this year and that team plays hard as shit.

A bad loss to OKC at home could add a good amount of fuel to this potential fire.