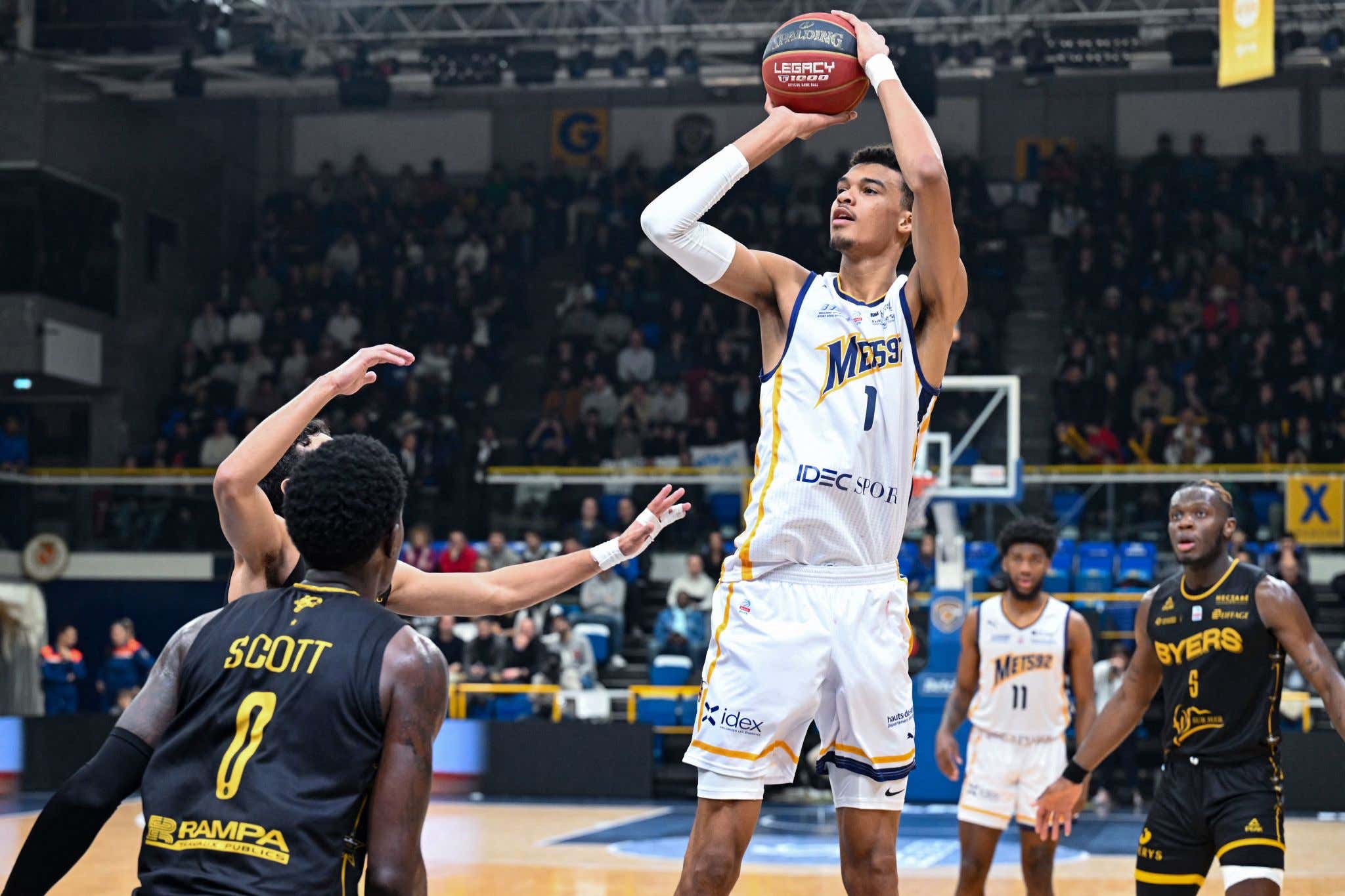 I'm pretty sure by now it's officially a blogging law that whenever Victor Wembanyama steps on the floor he's going to do at least one thing that will make no goddamn sense and will need to be blogged. I feel like I've done a billion of these exact types of blogs already this season, but quite frankly my hands are tied. As long as Wembanyama is going to continue to do mind-bending shit on the basketball court, we can't sit around and pretend like it's normal. None of this shit is normal.

You know what that move made me think of?

We've seen Wembanyama look like a guard and break defenders down off the dribble and into a pull up three. We've seen the running one legged 3PA that most definitely should not be possible let alone be an actual weapon that he seems to be able to unleash on a consistent basis.

But what I don't think we've seen before is a combination of all that stuff in a single play. That 4 point play where he basically goes up against the entire defense and then casually takes that one legged three is the latest example of why this dude continues to be must watch. Even though we've seen him make plays like all the time, every one we do get makes me question everything. How is any of this possible? This isn't coming against scrubs either, these are legit pros! None of it makes even the smallest of difference which sort of tells you everything you need to know about Wembanyama as a prospect.

It's probably also why you're starting to see the tanking teams in the NBA finally realize that winning was bad. There's the Spurs 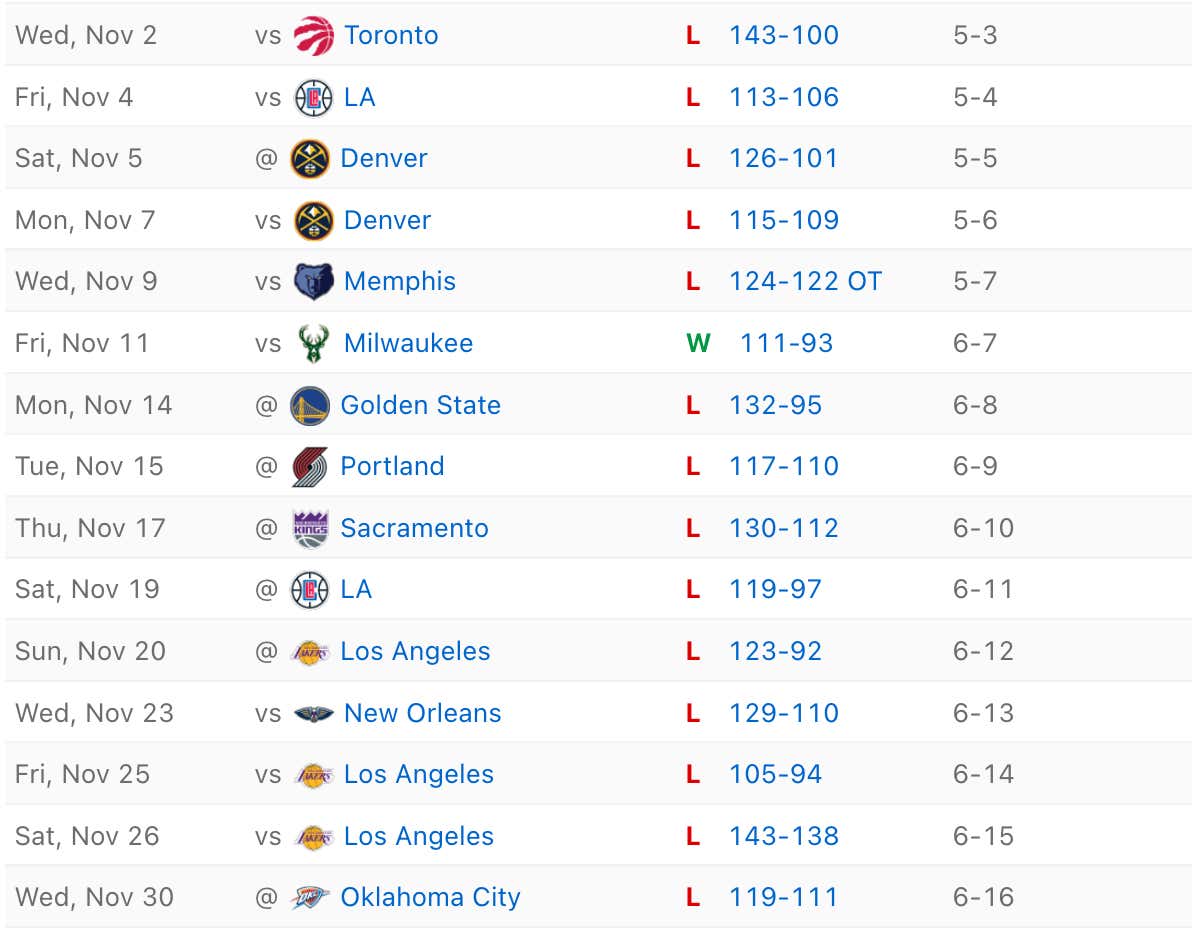 who despite their decent start have quickly righted the ship. They have no business winning games and everyone knows it.

You also have the Pistons who I think are still trying to win, they're just having some issues pulling it off (outside of recently). 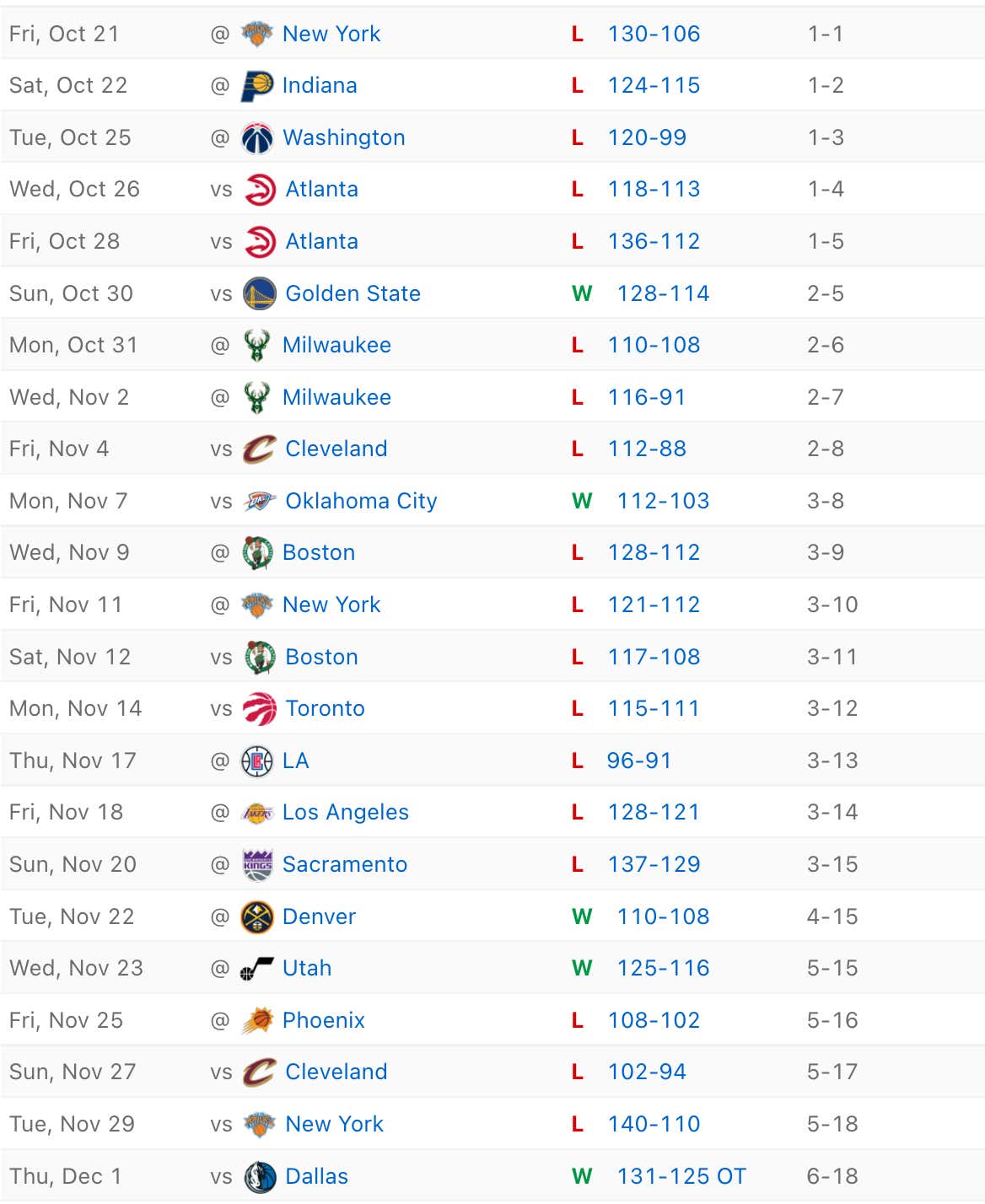 And you can't forget about the Rockets either who do need to be a little careful here. Winning back to back games is never a good idea for a team like HOU, and they're .500 over their last 6. That's definitely way too good 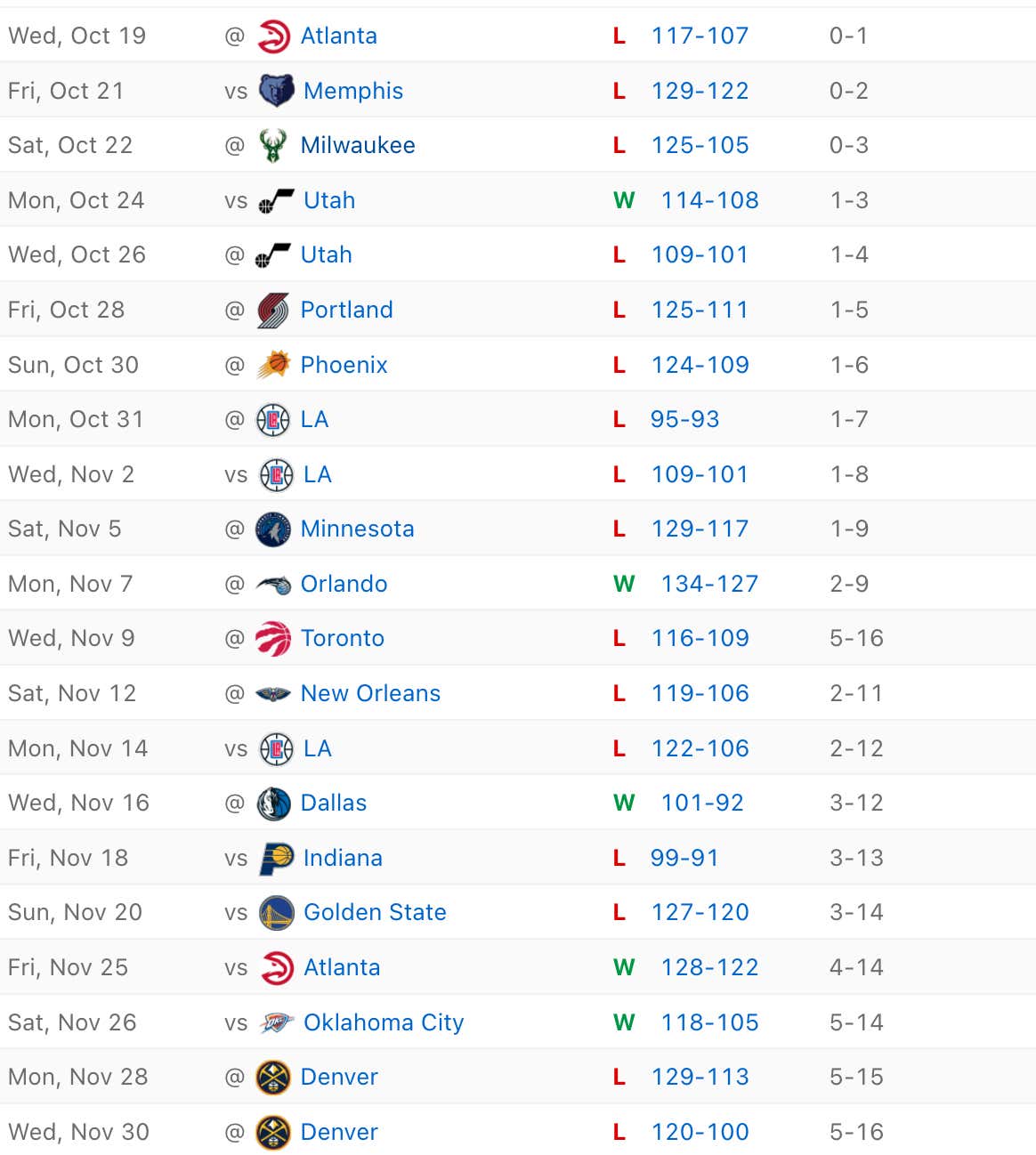 The Jazz are still in a tough spot given their great start, but even they've now lost 5 of their last 6. Danny Ainge was going to step in at some point, that should surprise nobody.

The point is, after the first few weeks it looks like everyone is back on board to tank for Wembanyama. Considering every time he plays we get more viral clips like today, I can understand why. I think what I want to see most when it comes to Wemby is how much of this translates to the NBA. Is he legit going to be pulling off these running 3PA against NBA level defenses? Is he saving shit for the NBA that he's not showing the world yet so nobody can have the tape on it? Is he an improved Bol Bol 2.0 or something completely different?