As I'm sure we all know by now, Kanye West had quite the day yesterday.

First he went on Alex Jones' Infowars, and even the guy who had no problem traumatizing the families of murdered Sandy Hook children clearly felt uncomfortable with Ye's "I like Hitler" rhetoric.

Then Kanye posted a swastika on Twitter which prompted Elon to reach out & tell him he'd gone too far, and his account was suspended. 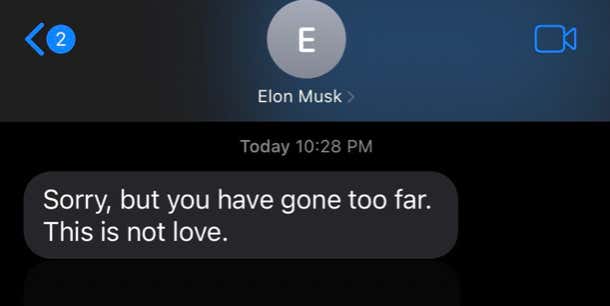 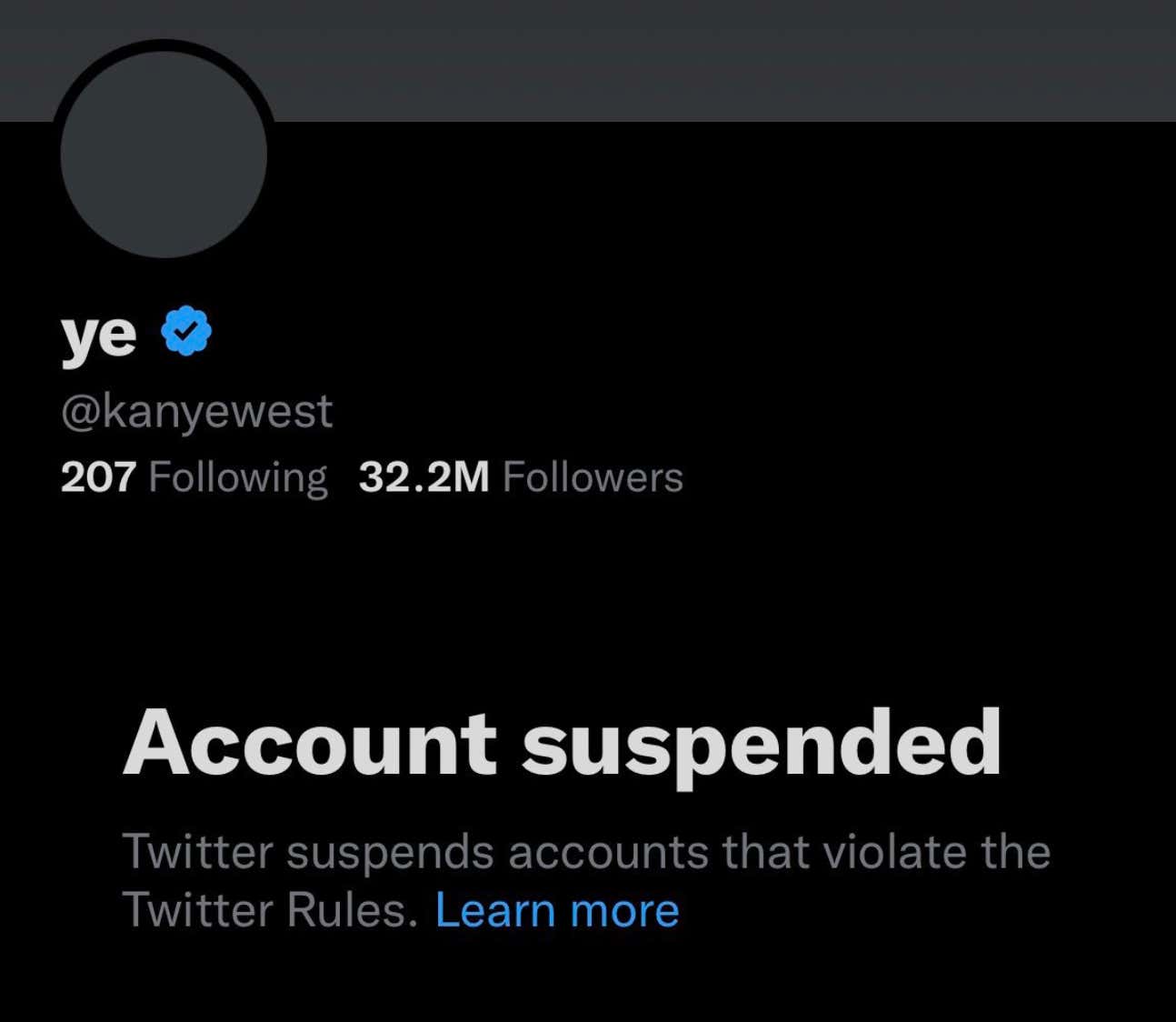 And THEN to close it out, or 'break one last window' as he said, Ye claims to have caught Kim K having an affair with the Phoenix Suns' Chris Paul & Tweeted it for the world to see (in the form of a weird yearbook style photo when there's countless regular photos of Chris Paul out there??): 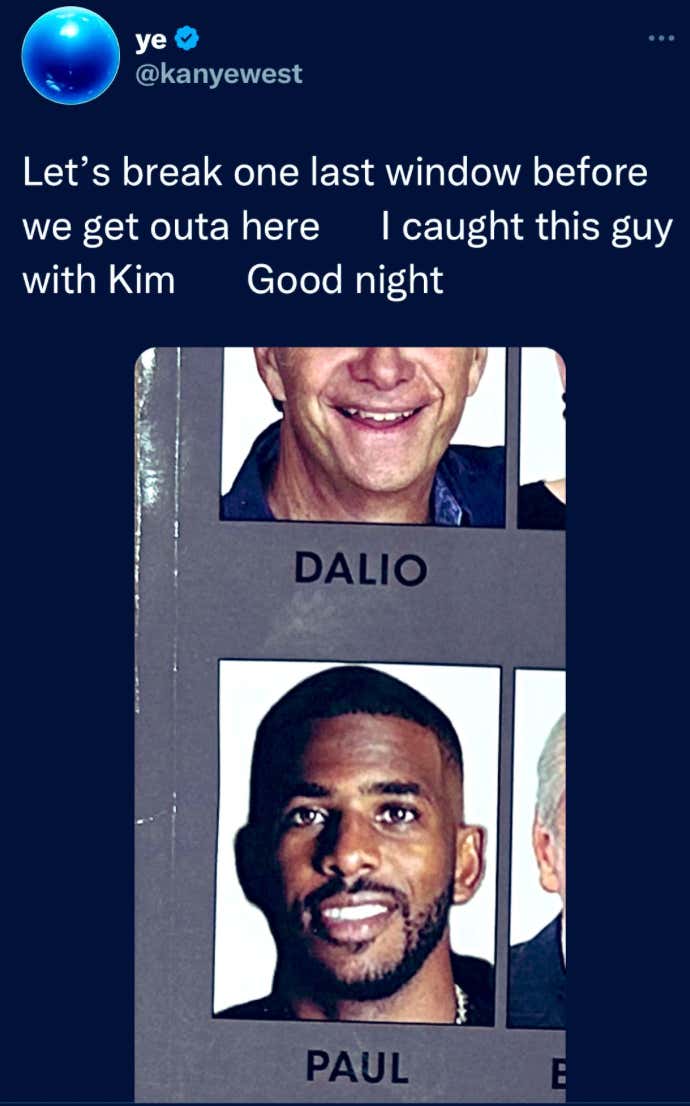 Naturally the internet sleuths went to work pointing out decade-old Tweets by Kim about the Clippers when Paul played for them, and images of Drake & his buddies laughing in Paul jerseys during his beef with Kanye last fall also re-surfaced.

Now Kim K's camp has responded to say none of that is true.

According to TMZ, who I'm guessing heard directly from the family in PR mode:

A source close to the situation tells us the allegation is absolutely false, and just another example of a desperate man trying to shift the focus away from his own wrongdoings.

The source says, "This is not true and sadly it’s an ongoing pattern with Kanye — attacking Kim to redirect everyone’s attention after a day of crazy antics where he has said every hateful and offensive thing he can possibly dream of."

I don't think Kim or her family are shining beacons of morality or anything, but Kanye has a pattern of trying to shame & bully other women he's been with, and even if it's true she cheated that doesn't make him any less awful. (Not trying to toot my own horn but when I got cheated on I got really into cheap rum, not Nazis.)

It's his mental health, it's his broken relationships, it's the media, it's his 'genius', it's anything and everything he can point at as a scapegoat…When in reality he's a shitty person, a nazi sympathizer, and even writing about him here is giving him too much validity when in reality he should be ignored and shunned. I do think he's a sick man who needs help, but overall I think he's a raging narcissist gone off the rails. I'm almost afraid to see where this story goes next, because I'm not sure how much further down he can fall from here.