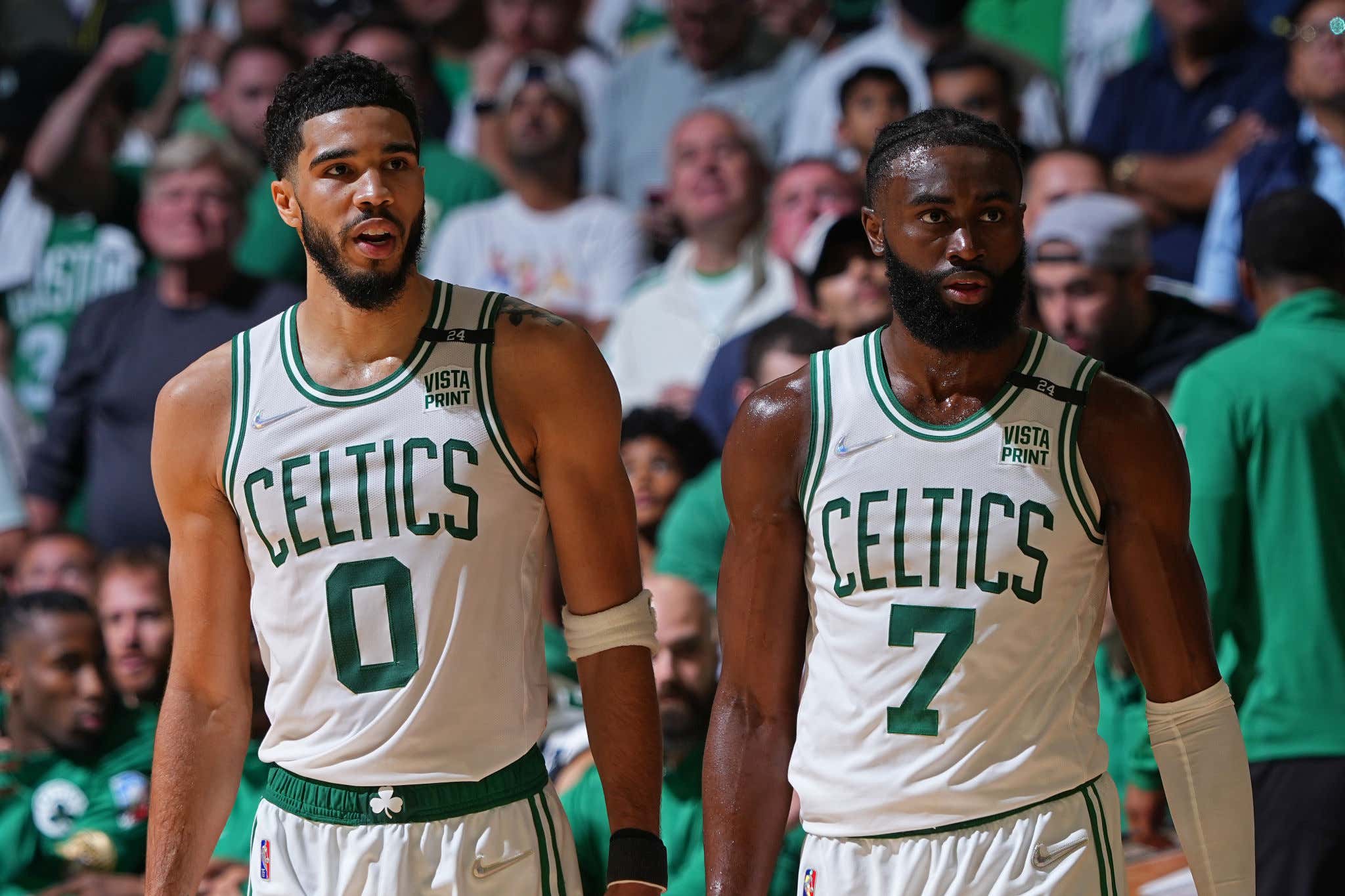 When it comes to the NBA's MVP, there are different opinions about when it is or isn't too early to start having the discussion about the award. In my experience, it's never too early if one of your favorite players is in the mix, but I do think it's something that deserves a decent sample of games before you go too crazy.

As of December 2nd, we're officially a quarter of the way through the season. A 20+ game sample is decent enough in my opinion to start to put some weight into the MVP discussion, and as we know the NBA releases their tracker every week. In today's release, there's something interesting that caught my eye

No, not that Jayson Tatum is currently the leader both in terms of the NBA's MVP Ladder as well as the betting favorite in Vegas. He's the best player on the best team in the league who just so happens to be putting up insane numbers in what is the best start of his career. It's totally logical that he's in the top spot right now.

You know what's cooler than having one MVP candidate? Having two MVP candidates. OK, maybe that's a little bit of a stretch because really only guys that are in the top 3-5 are what I would consider true MVP caliber players, but it's still very awesome to see Jaylen finally get some legit recognition for what he's doing this season.

It just goes to show that Marcus Smart was not lying

While a ranking in early December for an end of year award is mostly whatever given how much basketball there is still to play, it is a nice reminder that the Tatum/Brown duo should be appreciated and celebrated. I'm looking at that list and I'm not seeing any other duos who are both top 10 in the MVP race. So when people like me say that Tatum/Brown are the best duo in the NBA, it's not a bit. It's not a lie. It's simply the reality of what we're watching so far this season.

The real reason stuff like this excites me really doesn't have anything to do with the actual MVP. That might sound a little crazy, but that's not really where the focus should be once you read that list.

The bigger story is if Jaylen is going to play his way into being a top 10 MVP guy, that pretty much guarantees he's going to make at least one of the three All NBA teams. Why is that such a huge deal? If Jaylen makes any All NBA team this season, he's eligible to sign his supermax extension this summer as opposed to needing to wait until next summer when he'll be a UFA and other teams might have their chance to steal him away. The Celts will be the only team who can talk to him his summer if he makes All NBA That's a pretty big deal if you ask me.

Remember, it was just a few days ago we heard this from Malcolm Brogdon

and then yesterday this happens

so having an early opportunity to offer Jaylen his well deserved supermax extension that can only happen if it makes it this season is crucial to keeping this core/team together. Tatum already got his supermax, he's locked in. If he wins the MVP cool, if not, whatever. The goal of this team is a title anyway.

But the future of it also could depend on what Jaylen is able to accomplish this season. That's why him being 10th in that MVP Ladder matters more than the actual ranking itself. The guard spot when it comes to All NBA is going to be a bloodbath. Guys like Luka, Curry, SGA, Ja, Booker, Mitchell, Jaylen, DeRozan, Trae, etc are all going to be in the mix and Jaylen is really the only one that's the #2 offensive option on his team. Unless the NBA does some weird shit and makes him eligible as a forward or something, but I'm not sure the path to All NBA as a forward is any easier.

Smart was right though. If this version of Jaylen is how he's going to play there will be nothing to worry about. Opposing fanbases would beg for 26 a game on 50% shooting from their 2nd option. Sure he may have some turnover issues and at times he still gets lost when it comes to his off ball defense, but nobody's perfect.

The fact remains that these two are the best duo in the NBA even with their flaws. That's pretty scary.