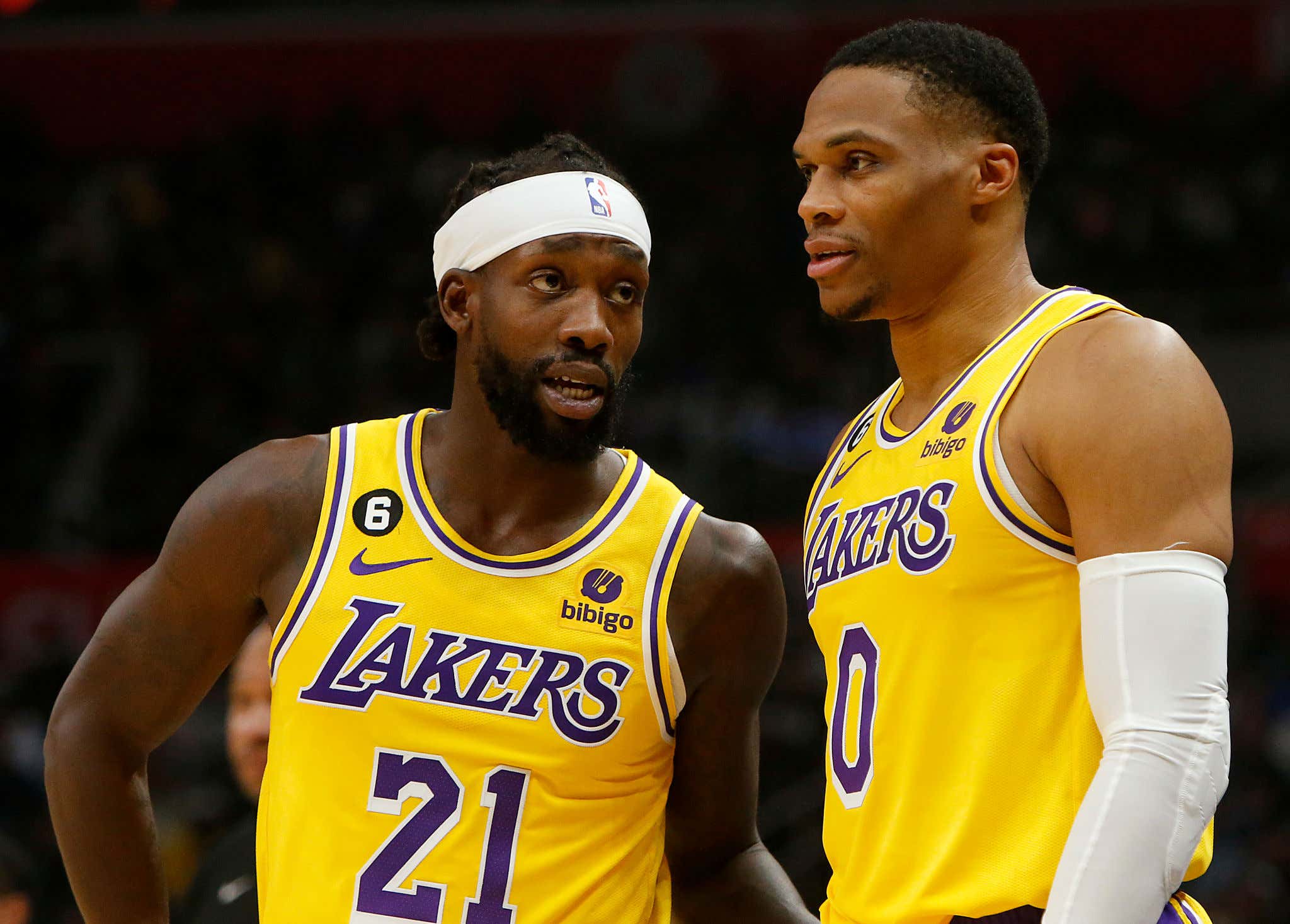 When it comes to the Lakers, I'm not sure this news surprise a single person on the planet. Sitting at 8-12 (w/ MIL tonight) and firmly in the Lottery while not owning their own first round pick (NO owns it), we all knew at some point Lebron was going to say enough is enough and the Lakers were going to have to make some trades.

There are a few things holding them back though that are rather important.

First, most of their players kind of stink. That tends to be an issue when you're talking about swapping those players for better ones. You need a team that won't really care about the quality of players they are getting back and instead will care about the assets. The second thing they have to deal with is calendar related. Nobody is making trades in the NBA until at least December 15th, which is the date that players who signed contracts in the offseason can be traded. That's at least 2 more weeks away if the Lakers are somehow interested in a player who recently signed this summer.

Basically, for the purposes of this blog, all you need to know in terms of that report is we're probably talking about those 2027 and 2029 picks. Those are the only ones that can be actively moved right now since they are not dependent on any of the pick protections/swaps that the Pelicans own. It's pretty clear they are preparing for something after cutting Matt Ryan

you know, this Matt Ryan

As a reminder, the Lakers cannot shoot the basketball. Easily the worst jump shooting team there is in the entire NBA

Matt Ryan was shooting 37% from three in his limited appearances. Seems like the ideal off ball spacer you put next to someone like LeBron or AD but whatever. I'm glad he's free from that hell hole. I'll always have love for Matt Ryan

In terms of the players mentioned in that report, you have Pat Bev who is an expiring $13M and Kendrick Nunn who is an expiring $5M. How much value do they have around the league right now, even if you attach some picks? Let's say it's some 2nd round picks or something along those lines, who is giving up good assets for 2 expiring players? Most likely it would have to be a player that is also expiring that a team might not want to keep that would fill a role for the Lakers. Cam Reddish and the Knicks maybe? That way they don't lose the asset for nothing if they don't want to pay him in RFA?

Then there's the Westbrook deal. Since coming off the bench he hasn't even been that bad, but nobody wants that contract on their books right now. The hottest rumor we have is a deal with IND, but the Pacers are actually kind of good! There's no need for them to blow things up just yet in terms of Myles Turner and Buddy Hield. Plus, we know they are holding out for both of those LAL picks to even entertain it. But if the Pacers keep winning like they are now, why would you mess that up by bringing Westbrook in? They don't need reserve guard help, the potential ROY Benn Mathurin is holding that down for the second unit anyway.

The thing is, the Lakers are getting a GREAT version of AD this year. Probably his best season as a Laker. LeBron kinda stinks but he's still LeBron. This is not a team that can sit back and do nothing, but at the same time I'm not even sure what the move even is for them. They're stuck, which is the worst place you can be in the NBA. I'm just not sure whatever player you get back for Pat Bev/Kendrick Nunn is even going to matter when it comes to getting this team over the hump.

All I know is I would love to hear Pat Bev's thoughts on all this. Guy just got to LA two seconds ago and now LeBron is already putting him on the trade block. That's tough. Make sure you subscribe so you don't miss what should be a fascinating conversation