I knew this day would come. With all the advancements in robotics and AI I always had a feeling my arch nemesis would not be made of flesh and bones, but instead made of motherboards and RAM. I must destroy this robot before it destroys me.

Art Basel is a weird place. Filled with assholes dressed like assholes trying to impress other assholes. Which isn't all that different from every other week in Miami except during this one they also pretend to be cultured. I mean look at this shit these people call "art". 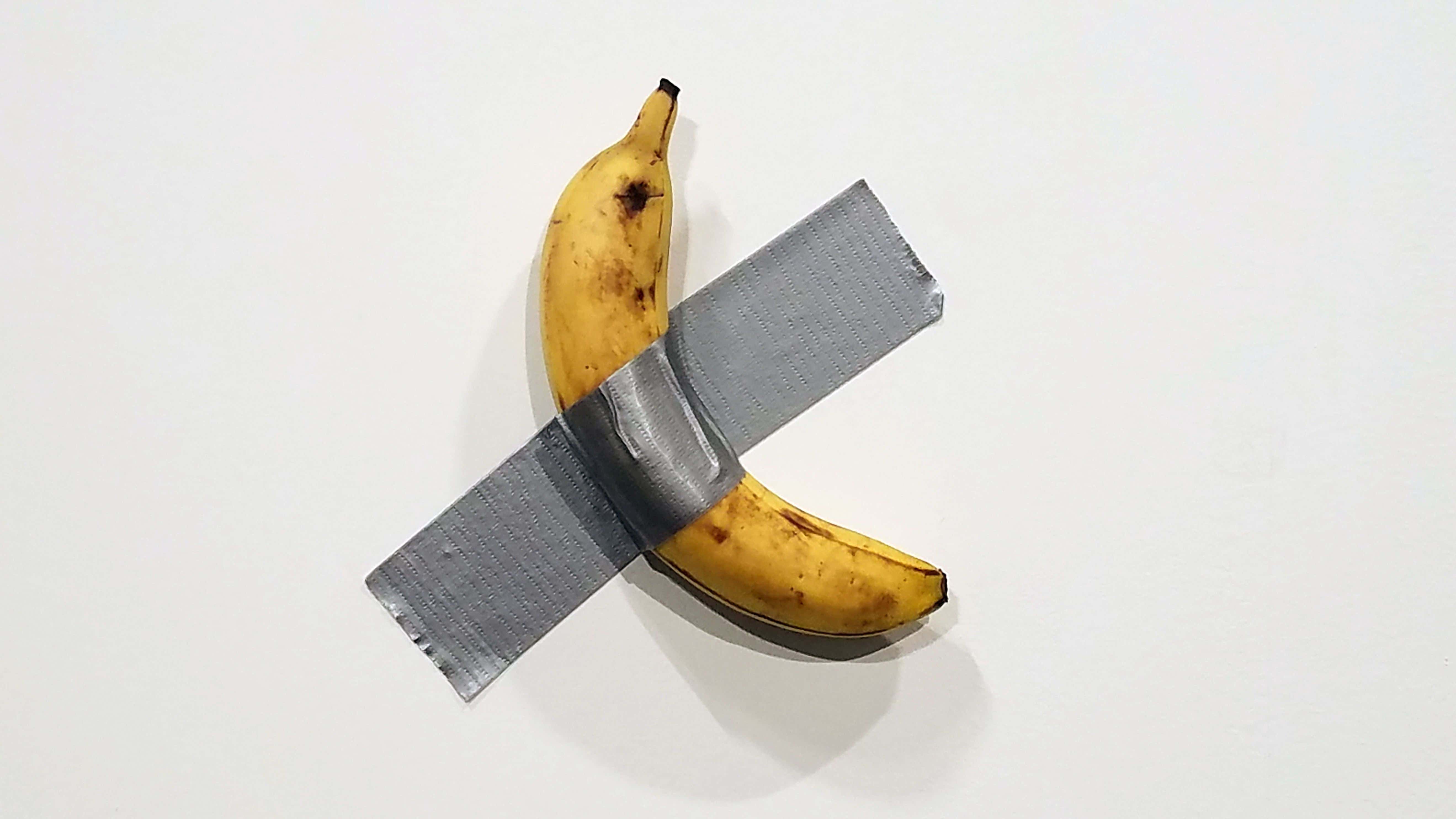 To be fair, all my opinions about Art Basel are derived strictly from scrolling social media because I am a broke boi and cannot afford to attend the America's premier art and party destination in Miami.

But the same reason that keeps me from going there is also what is drawing me in. I am broke. This ATM wants to tell everyone just how broke I am. I must destroy it. 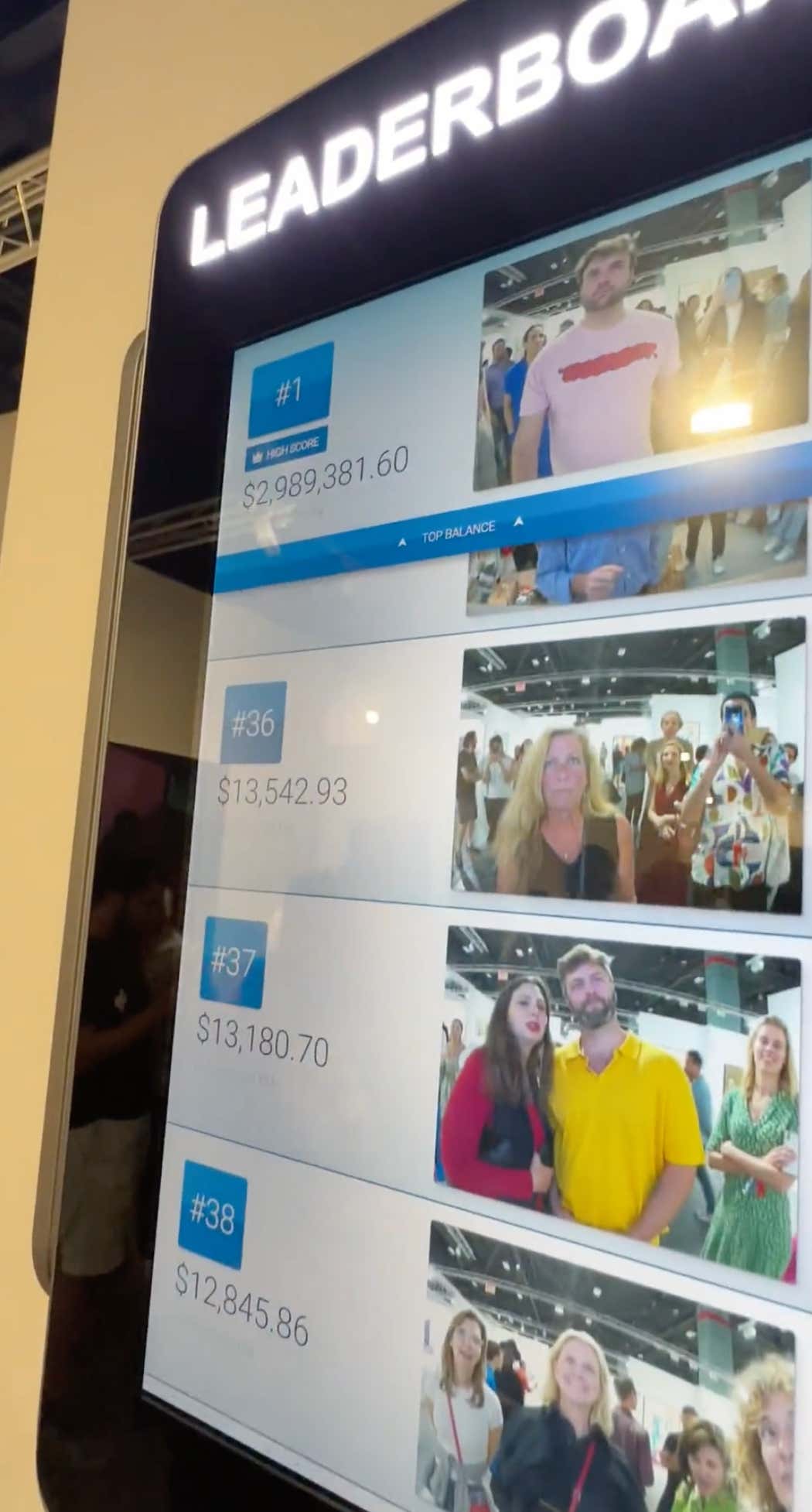 I don't see the point in this thing except to incite idiots like me to write about it and for the rich folk to show off. I mean look at this shit. 13th place has nearly $13k in their checking account? And 1st place has about 3 Milly?! These fat cats and this machine must be stopped.

At first I was surprised because none of these people were hot but then I remembered hot people don't have money. They get money from other people who have money because they're hot. But far be it for me to judge broke hot people when I am a broke not-hot person. If I put my bank card in that ATM I'd look like Goodell holding up a Mr. Irrelevant jersey on NFL draft night.

Now THIS is the definition of BDE (Big Dick Energy). There are only two types of people who can pull off that move. Someone with a massive johnson who couldn't care less what the Art Basel lemmings think of him or a smoking hot chick who is looking for someone to give her money (see the paragraph above). No way on earth you could get me to put my card in that ATM.

Which is why my mission is to get to Miami and destroy this machine before it reproduces and spreads all across the nation. Next thing you know I will be with my chick at the Dollar Store, stop to grab some cash from the ATM, and my face is plastered in 32nd place with $13.81 in my account.

I'M 31 SPOTS BEHIND A TEENAGER WHO JUST GOT $100 SENT TO HIM FOR HIS BIRTHDAY?! THIS CANNOT BE ALLOWED TO HAPPEN!

A quick search of Kayak.com shows there is a flight that can get me down to Miami by 11:02pm, which is perfect because that's about the time those soulless cocaine zombies will all be awakening from their slumber for another night of debauchery. If I am going to take out this pocket checking cyborg then I want to make an example of him. I want dozens of bloodshot, hungover eyes frozen in horror as I dismantle this machine like a raving lunatic. A message must be sent.

Unfortunately, that flight is $407 and rent was due yesterday, which I still have not paid. I told my landlord I didn't get paid yet because of the recent time change. I don't think he bought it because he has sent me 13 Venmo requests since then. It seems a flight is out of the question.

Maybe I can recruit an ally to take out this robotic evil. I see that Tiko is down in Miami and she has a history of aggression. Maybe she could help me take down this metallic box of evil either through physical means or by disabling its circuitry with one of her patented high-pitched shrieking rants.

Never mind, she is one the ones I was talking about earlier and seems to have already been recruited by the money.

Maybe I should ask Dave to help since he lives down there. He could use some of those watches he made as projectiles since it looks like he has a ton sitting around. We can't let the watch nerds AND this ATM win Dave. If people won't but them for their wrist then maybe they will buy them to protect their home. We just need to show them what kind of damage a Brick™️ can do when launched through the air. Brick Security Systems. Think about it.

If anyone else has any ideas on how we can take down this Art Basel ATMenace please reach out to me via Twitter. I would have you text me but I ran out of minutes on my cell phone. I will be at the public library waiting for your message.