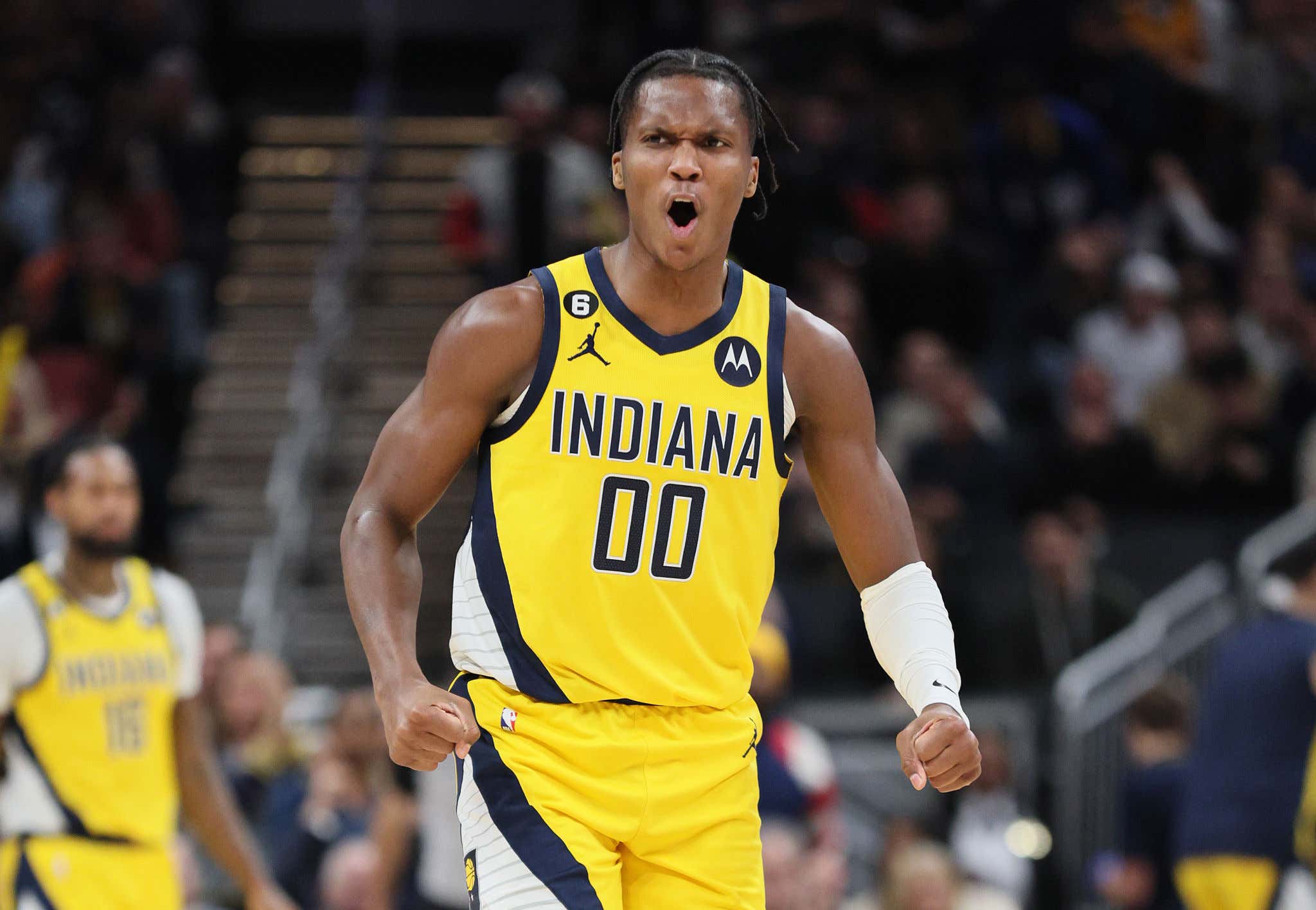 Through the first few weeks of the NBA season, when it came to the Rookie Of The Year race it certainly felt like things were going to be wrapped up well before Christmas. That's how dominant of a start Paolo Banchero had

unfortunately, he got hurt after that 11th game and missed about 2 weeks. That opened the ROY door and now it looks like we're going to have a legit race on our hands. You can thank Bennedict Mathurin for that.

If that name sounds familiar, it's the same Bennedict Mathurin that had this to say about LeBron back in July

and at the moment sits atop the ROY throne

For Pacers fans, this isn't all that surprising because I'm sure you're watching him every night. But I also imagine the casual NBA fan is not watching Pacers games despite their very surprising start (12-9, 4 seed). So allow me to bring you up to speed on what you've been missing

An explosive 6'6 2 guard who is putting up 43/40% from the floor to go with his 19.2/4/1.5 averages is very impressive for a 21 year old. It almost makes you wonder if they'll be a little more motivated to move someone like Buddy Hield in order to get Mathurin into the starting lineup. When you look at the different combinations that the Pacers throw out there, the Pacers highest Ortg (131.3) is when he plays with the starters, and that group also has an 80% AST%.

If they choose to keep him on the bench, I don't think you can rule out a world in which Mathurin wins both ROY and 6MOY. He's been that good already and you have to imagine things are going to get even better as he continues to get used to the NBA game.

I'm just happy that a ROY race that looked over through the first few weeks of the season is now very much still alive and will probably come down to the wire. The same is true for MVP, DPOY, MIP, COY etc and that's a great sign for the league. It just goes to show how ridiculous the talent level is right now and will continue to be. Really the only award that is probably spoken for is the Executive Of The Year. This isn't a Celts blog so we don't need to talk about who I think has locked that up.

Instead, do yourself a favor and watch the Pacers. Months ago I told you to watch the Kings and look what happened. The same shit is true for Indiana.