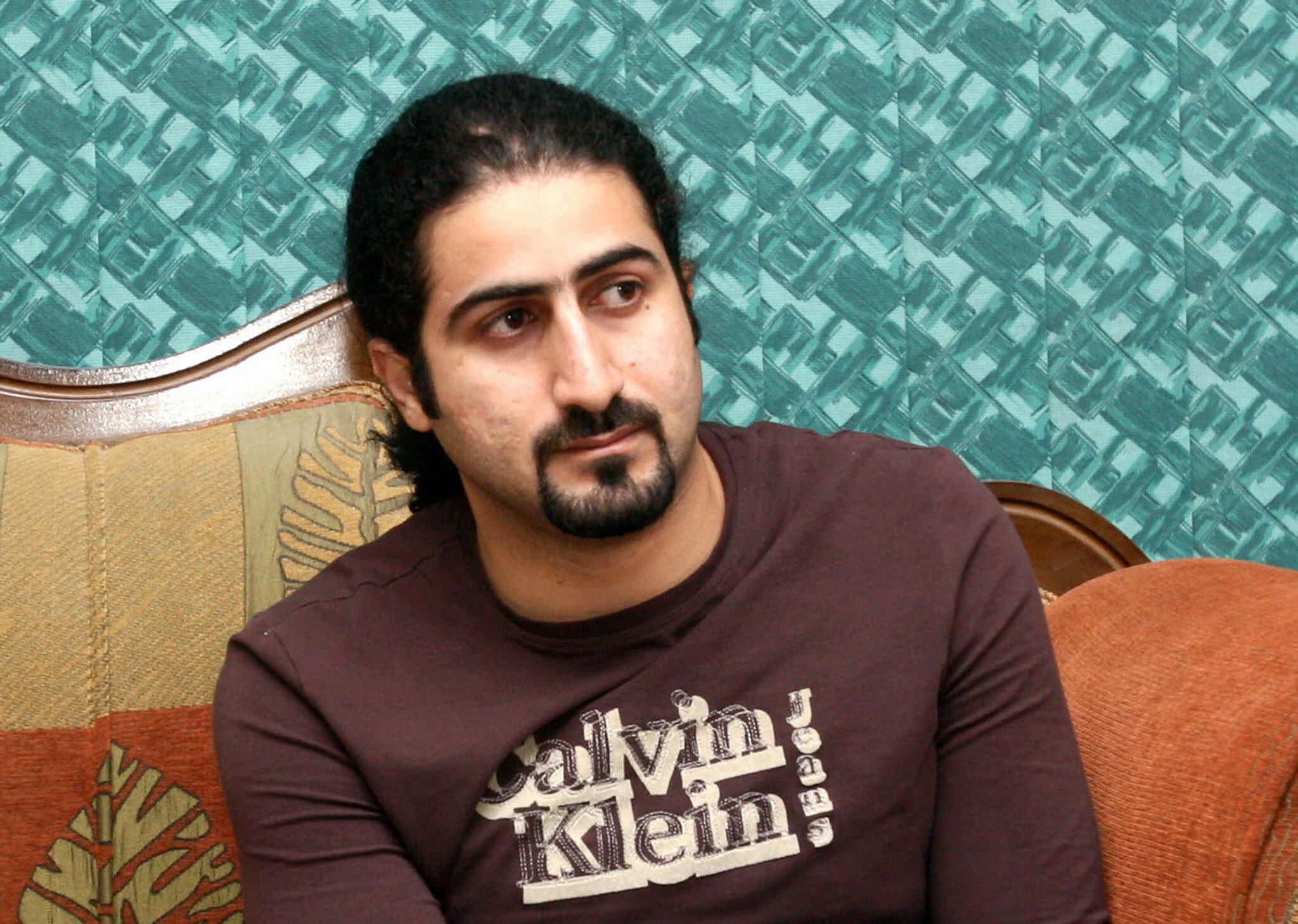 Osama Bin Laden's son Omar just did an 'exclusive interview' with UK gossip rag The Sun where he shared details of his childhood, and spoiler alert, it wasn't very fun. Here's a quick rundown:

In 1991 Bin Laden was banished from Saudi Arabia for his anti-US diatribes after forming al-Qaeda to fight the Soviet Union in Afghanistan in 1988.

The family moved to Sudan, north Africa, where many of Bin Laden’s jihadi fighters worked in his farming and road-building businesses. The US accused Bin Laden Senior of running terrorist training camps in Sudan, where the authorities asked him to leave. By May 1996 he was back in the Tora Bora mountains in Afghanistan, choosing 15-year-old Omar to accompany him. The teenager became his tea boy, living in freezing huts and on meagre rations. He was later joined by his mother and siblings.

“I was in Afghanistan for five years,” he said. Omar learned to fire a Kalashnikov rifle and to drive a Russian tank, but he was disgusted when the fanatics started killing his pets to test chemical weapons.

“I saw it,” he says of the horrific chemical experiments conducted by his father’s henchman.

I have to imagine that being born into mega-wealth but getting stuck in the religious-zealot/evil-nutjob branch of the family tree has to suck. Your extended fam is worth $5B & you could have been chilling in a Saudi Arabian mansion but instead your old man has you in an austere mountain hut & his buddies are torturing your dogs. In another interview back in 2010 Omar said his dad used to hit him & his siblings for "smiling too wide" and that same year (2010) he was hospitalized for a psychotic break because he kept hearing his dad's voice in his head. Not a good time!

Omar goes on to say that Bin Laden had tapped him to become the next heir to the terror throne, but he resisted & wound up leaving to become an artist which greatly disappointed his father.

If you think about it, Omar is basically Mox in Varsity Blues, except with a dad who wants him to be great at blowing stuff up instead of football. Pretty sure they had this exact same convo in a cave somewhere:

Despite voicing disdain for his father, back in 2011 he wrote a letter on behalf of some of the Bin Laden fam saying "the U.S. should have arrested bin Laden and put him on trial as was done with Iraq's Saddam Hussein and Serbia's Slobodan Milosevic", instead of Navy SEALS taking him out. In Omar's interview with The Sun, he said would have liked to have the body back for a funeral 'for closure', and doesn't believe we dumped Bin Laden in the ocean.

“I don’t know what they did to him. They say they threw him in the ocean but I don’t believe that.

"I think they took his body to America, for people to see.”

I'm not a PR expert but I feel like if you're vocally trying to distance yourself from your father's horrific legacy while also using the clout of your name to sell books & paintings you kind of have to let SEAL Team Six have that W & keep quiet about your feelings on that part? In other interviews he's also been pretty sympathetic to Osama & the terrible things he did. If you Google him he's clearly got a boatload of #DaddyIssues.

Anyways, given that Osama Bin Laden had about 20 to 26-ish other children to choose from, he probably wasn't torn up about it for too long when Omar left to take the art route. Had he stuck with his dad he probably wouldn't be here to tell his story; one of his brothers was killed in the initial raid, and another terrorist brother, Hamza, was killed in 2019 in a US operation.

As for Omar these days - he's 41, lives in Normandy, France, sells his art for thousands, and according to the article he 'loves McDonald’s, Kentucky Fried Chicken, Clint Eastwood movies', and 'Americana' in general. Every now & then he also ripples across social media for his, uh, interesting style…

His British wife, Zaina Mohamed Al-Sabah, is in her mid-60s, and they were just in Qatar for the World Cup staying in a sprawling mansion. I'm not sure where they get the money to fund their fancy, globe-trotting lifestyle (especially because his paintings look like they were done by your Aunt Deb at a paint & sip) but if I had to guess it's obviously his ties with the Bin Ladens that keeps his wallet full?

Side note, I stumbled upon this randomly while looking for something else about him on Twitter (the cornrows pic, lol) and can't confirm if it's true, but it looks like besides Qatar, Omar was also just in his dad's old stomping grounds of Afghanistan for a hunting trip. Next guest on Barstool Outdoors?? ha ha (No.)