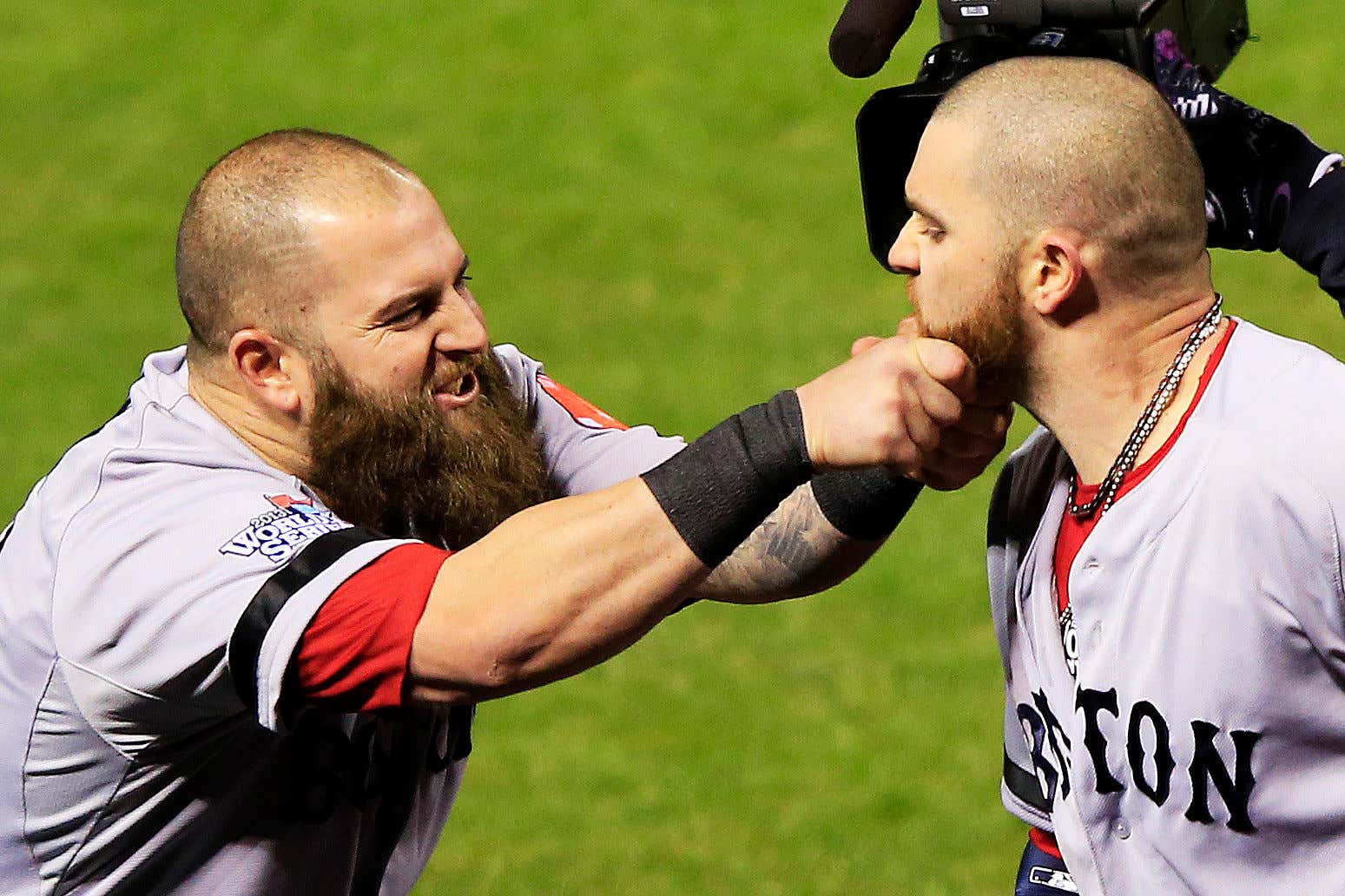 Do not count Mike Napoli out. After starting out 3-1, he went on to lose 4 of his next 5 games in The Show fantasy league. But he's making a serious run at the postseason after an incredible come from behind win over Manny Machado on Sunday Night Football. Nap had a mere 49.1 points heading into Sunday Night's Packers vs. Eagles showdown, trailing by a whopping 80.5 points with four guys left to play: Jalen Hurts, Miles Sanders, & Aaron Jones. Now this is a PPR league with 6 point passing TDs, so he had a shot. Those four were projected to hit 64.1, so it was certainly a shot for him.

Hurts threw for 153 yards and 2 TDs, but it's the work he did with his feet, to the tune of 157 yards rushing that really propelled Nap's team. Sanders was the real star with 21 carries for 143 yards and 2 TDs and chipping in 3 catches for 17 yards. Jones also had a big game with 99 total yards and a TD. Campbell didn't even matter. Nap pulled in front 132.82 - 129.60 and got the W which was huge for the standings.

With the win, Napoli moves into the #6 seed, edging out Eric Hosmer by just over 10 points. There are still two weeks to go, but he came through when he needed to, just like on the diamond. Here are the rest of the Week 12 results including Alex Bregman losing a heartbreaker, Mike Trout being mathematically eliminated, and the groups of Christian Yelich/Jace Peterson and Joc Pederson/Austin Barnes/Alex Wood staying alive with huge wins.

And here is how we stand with two weeks left in the regular season. 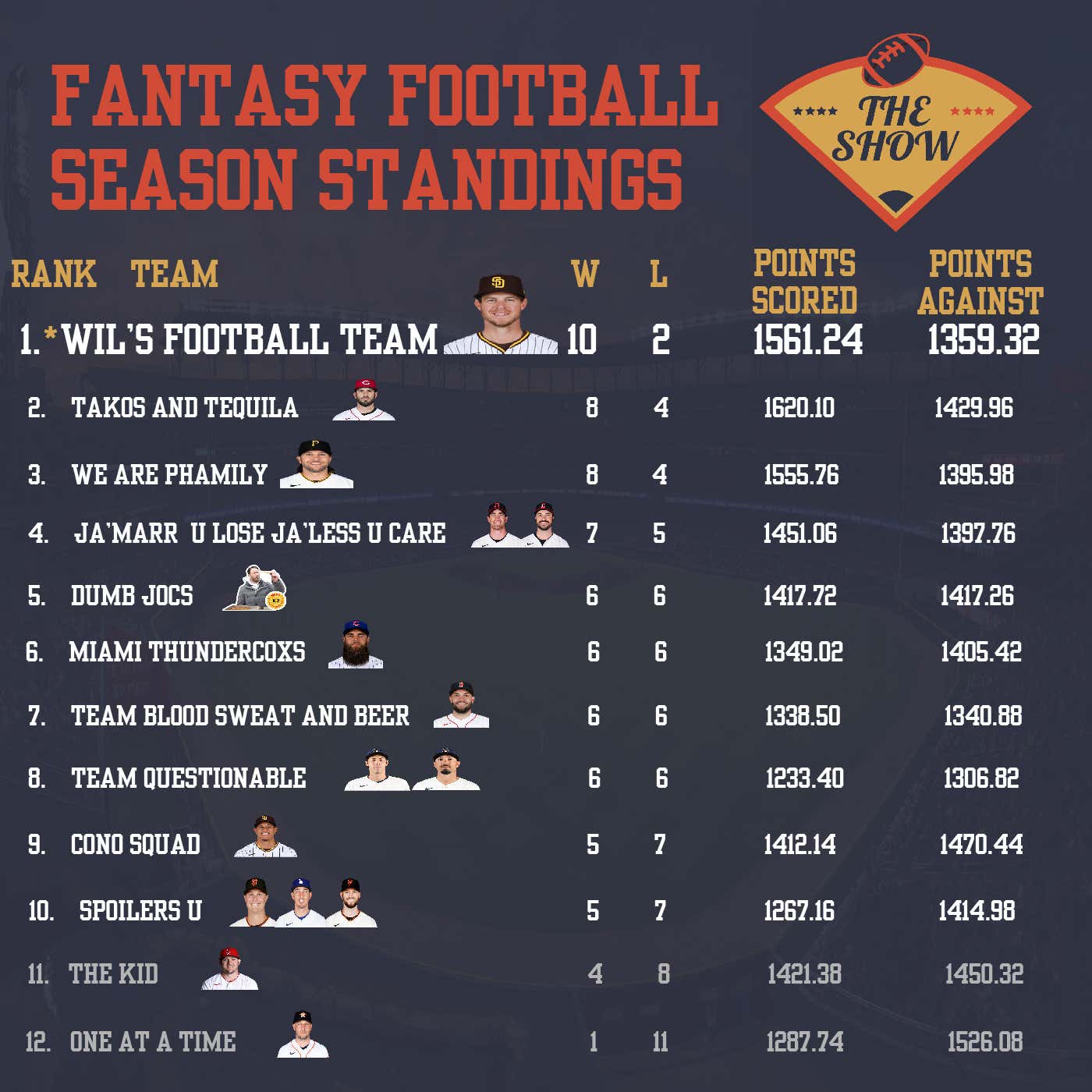