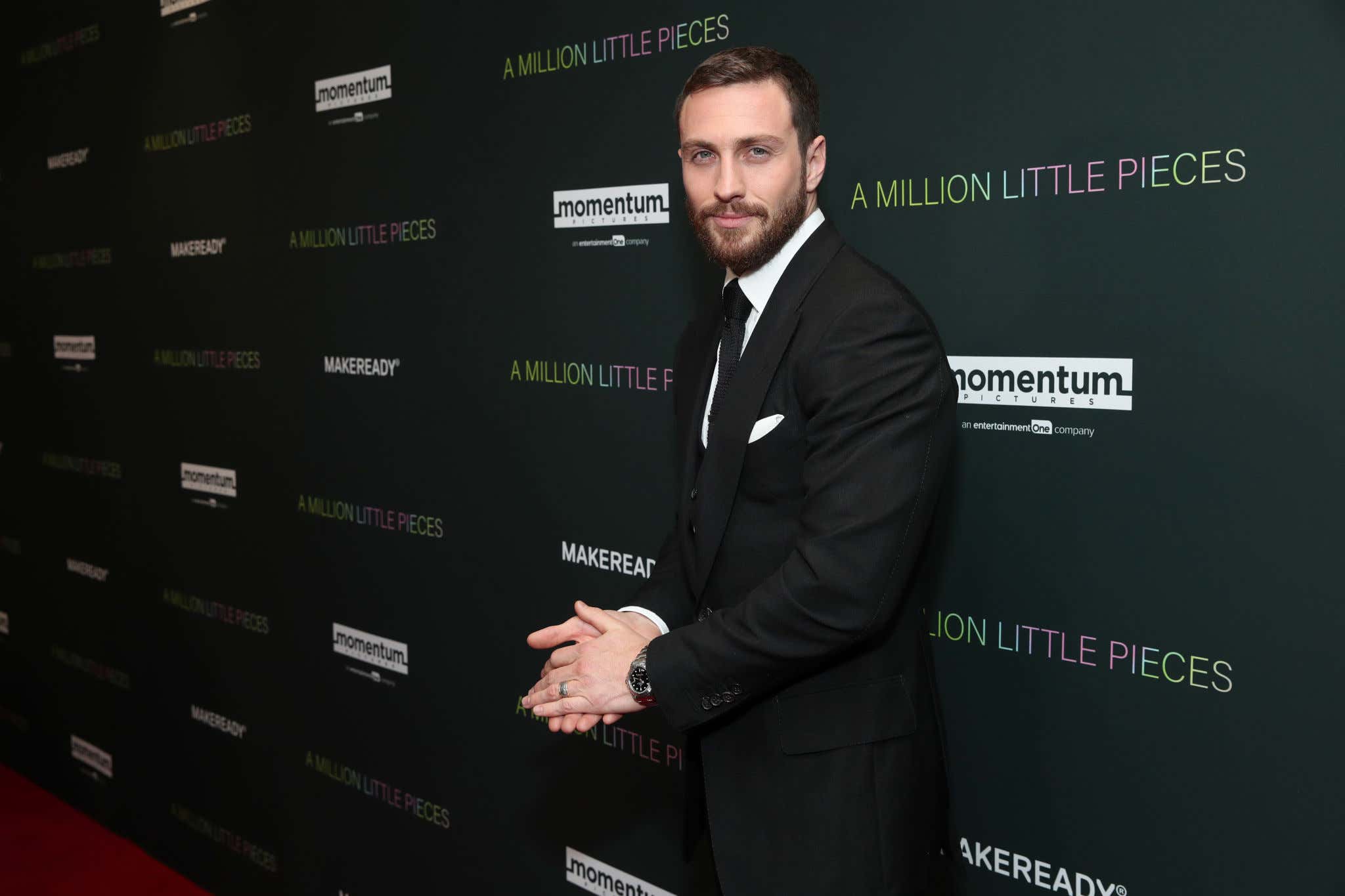 "AARON Taylor-Johnson is a surprise frontrunner to become the next James Bond after he took part in a top-secret screen test. […] Sources say Aaron, who starred in the Kick-Ass films, Avengers: Age of Ultron and 2014’s Godzilla, impressed Bond franchise boss Barbara Broccoli in his trial at Pinewood Studios. One insider said: 'Aaron went for a screen test to be the next Bond in September and producers and Barbara loved him. He is now one of the front-runners.'"

Although I'd usually say to take reports like this with a healthy grain of salt, this is a classic, "where there's smoke, there's fire" scenario.

Not going to cite any UK bookmakers here, but suffice it to say, unless they're just trying to cover their asses against a previously-thought long shot, this report about Aaron Taylor-Johnson being a real James Bond contender has shifted the odds in his favor.

You can see some of his film credits in the quoted blurb above. Taylor-Johnson was hilarious in the Brad Pitt-led Bullet Train that released earlier this year as a British assassin. Definitely has action and fighting chops from that movie and several others he's been in. More than a few times he's played soldier-type characters. Charisma to burn. Experience on high-pressure, big-budget productions. Not a bad resume at all.

What a fucking awesome choice ATJ would be. Bond producer Michael G. Wilson explained a while back that they wouldn't be targeting a super young guy to be Bond, but rather a 30-something. At age 32, Taylor-Johnson is definitely on the younger side of that baseline, yet I feel like he's just to the point where you'd buy his Bond has already been through some serious shit. Plus, it may well be at least a year or two before they start shooting the next Bond movie.

So yeah…comedic chops, charm, relevant action experience and ideal age range are massive checks for ATJ. He's also just a damn fine actor who has, no big deal, won a freaking Golden Globe for his performance in Nocturnal Animals.

Unless his upcoming Kraven the Hunter Sony movie tanks, I don't see why ATJ would lose any momentum in his pursuit of 007. If somehow Sony makes a universally acclaimed comic book tentpole in their Spider-Man universe with Taylor-Johnson as the top-billed guy, all the more momentum will build for his reported Bond aspirations.