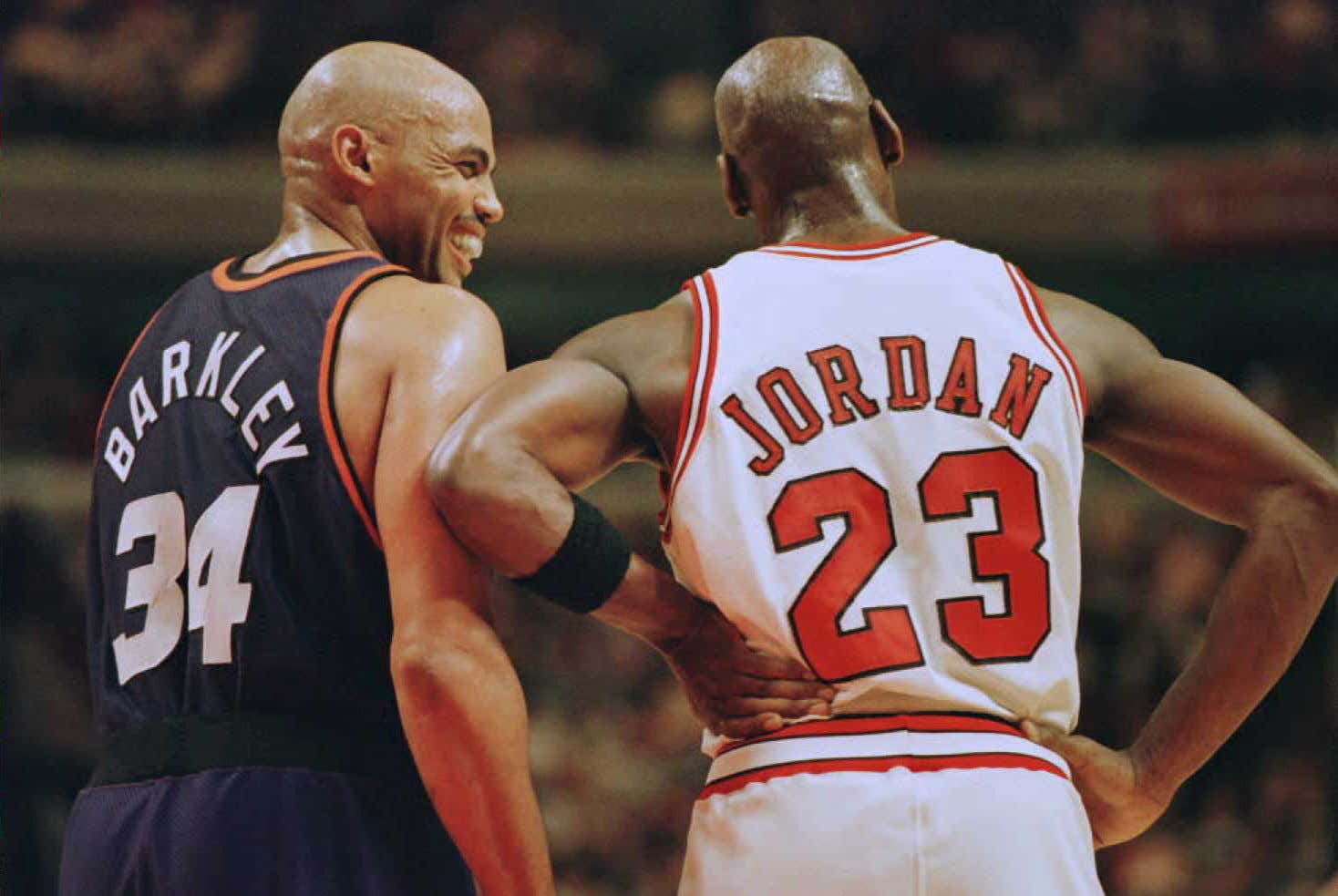 NY Post - “It’s a really unfortunate situation for me and him,” Barkley said. “But I’m going to do my job, first and foremost. Because I can’t criticize other coaches and general managers, and give him a pass because he’s my best friend. I just can’t do that.

“What I said was, ‘Michael’s got to surround himself with better people. And I worry about him being successful.’”

Barkley was referring to comments he made in a 2012 radio interview on “The Waddle & Silvy Show” on ESPN 1000, when he said Jordan “has not done a good job” as an NBA executive.

At the time, Jordan was two years into his tenure as majority owner of the Charlotte Bobcats (now Hornets), and Barkley explained that he believed Jordan was surrounded by the wrong people.

“I had no problem saying it, and it was the truth,” Barkley told Rooks. “And he took offense and he called me and it wasn’t a pleasant conversation and we haven’t spoken since then.

Charles Barkley seems to be in a tough spot here with his friend Michael Jordan. Their friendship has essentially ended over comments Barkley made regarding Jordan's ability as a front office executive. Jordan took the comments to heart, which Barkley had to say because of his TV gig. If Barkley doesn't call it like it is, he loses credibility on TV. Jordan took offense to that. The relationship hasn't been the same.

As a known grudge guy , here's my takes:

A- Barkley was in a lose-lose spot here. If he went at Jordan, which he did, he has the potential of Jordan not liking the comments and it affecting their relationship. Which it did. If Barkley takes the easy road out and doesn't give an honest opinion on MJ being a bad exec, anyone with a functioning brain watching the studio show at that time when Barkley was asked would say 'He's giving him a free pass because they are friends.' Barkley was in the toughest spot of the two in this situation. I think Jordan had to know that and respect that.

2- Jordan getting angry and sticking by this grudge for a long time makes me think he's just doubling down to an extent. I think Jordan knows he hasn't been a great exec, I think he knows Barkley has his best interests at heart and he is put in a corner to now back his abilities by essentially deading Barkley. Jordan refusing to budge on the grudge seems to me like he knows Barkley was right he just can't admit it. We know all about Jordan's beefs in The Last Dance and people he had on his list to get back at for sometimes the smallest detail or slight in his eyes, so it's no surprise he put Barkley on that list pretty quick. Which brings me to my next point.

D- What Barkley said wasn't that bad. "Michael’s got to surround himself with better people. And I worry about him being successful." He didn't say MJ was the shittiest executive he's ever seen. He didn't rank Jordan's mistakes or make a big laugh at how he's done things etc. He said he was worried about him being successful. That's pretty tame if you ask me. Barkley could have gone for the throat and didn't. MJ's been a disaster as an exec, Barkley said the least insulting thing he could have and MJ went off the rails.

Shit happens with friends. We've all lost friends over an argument, we've all stuck to our guns or been stubborn on an issue, and you think the fight will be short term and then it's 4-5 years later and you realize it's still going. I don't really have a take on who's right and who's wrong with this situation. The one take I have is this…MJ and Charles Barkley are better when they are friends. Two guys who aren't afraid to say what's on their mind. Have very funny interactions over the years and seems like two guys who really did get along.

I remember that Oprah interview standing out as a HUGE moment as a kid on TV. I didn't watch Oprah but was a massive basketball fan and you obviously knew Barkley and MJ as huge figures. It was awesome to see them just busting chops and keeping things light and you could tell they really were good friends. Here's to hoping they can find a way to get past this situation and give us back some of these moments on the golf course or a podcast or hell even on a TNT set when MJ hangs it up from being a shitty executive.