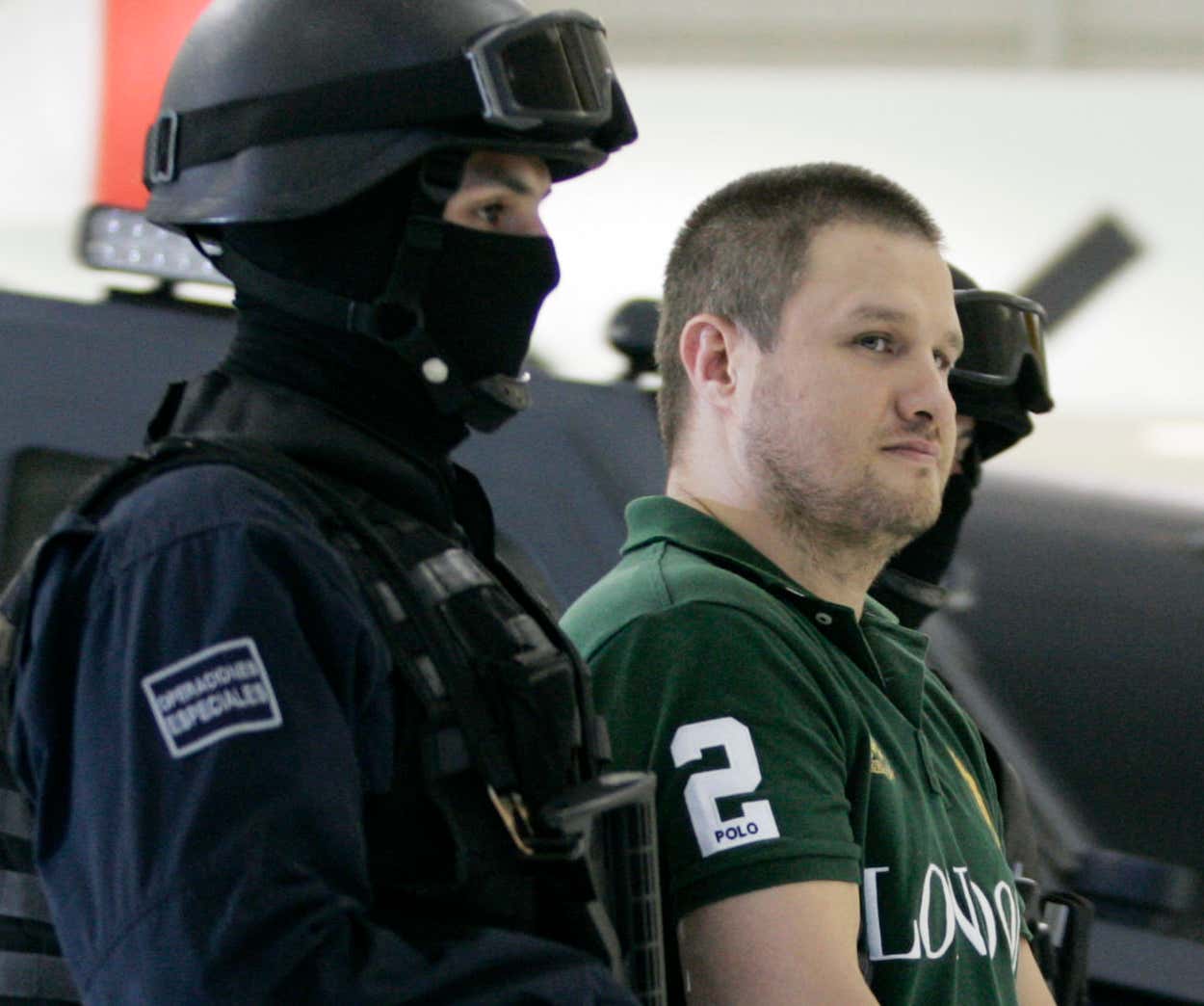 This is a very complex story and it comes from the vicious of world of Mexican drug cartels, something that I have a pretty good hold on and follow closely.

Several days ago, something happened in the federal prison system here in this country and no one in America is mentioning it. Someone that is in federal prison custody doesn't just disappear from the database.

It centers around a guy that was dubbed "La Barbie" because at one point he resembled a Ken doll. The story of Edgar Valdez Villareal is an interesting one. He was born in the Texas border town of Laredo. He was like any other kid in America. He lived in a nice home, his parents emphasized church and he went to public school and played football for his local high school. It was said that he was a great linebacker. One of his six sisters once told the media that his parents were "humble and hardworking" and essentially knew the horrors of Mexico and as Americans they wanted to protect their children especially Edgar and his brothers from it.

Though during high school, he started small, selling a bit of weed to make a little extra cash. He drank alcohol and had small charges for public drunkenness and in 1992 faced serious charges after driving drunk and killing another motorist in a wrong way crash of which the charge was eventually dropped. Eventually in the late 90s, he moved to Mexico and aligned with a group called Los Chachos that moved drugs from Mexico all around the United States. He subsequently met a high ranking member of the Sinaloa Cartel  Arturo Beltrán Leyva who along with his brothers would breakaway from the Sinaloa Cartel and started their own group dubbed the Beltran Leyva Cartel. They would battle for control of the border with The Gulf Cartel who vied to take over the very profitable I-35 part of the border into Texas.

La Barbie would basically become a rising star moving plenty of work into the US and eventually handing the tourist destination of Acapulco and by 2003, Beltran Levya would put him in charge of his "hit squad" called "Los Negros" that's goal was to take out Los Zetas, the armed wing of the Gulf Cartel with whom they were warring against. Valdez Villareal did it with ruthless abandon and depravity killing many. We would learn that La Barbie was the first person to put out the now infamous "beheading videos" and executions on camera to send messages to other cartels. The first of it's kind originated in 2005 in the below interrogation and is now considered "the grandfather" of cartel videos.

La Barbie moved hundreds of tons of drugs, killed many and made tens of millions of dollars in the process.  He lived a lavish live with beautiful cars, women, money and even a pet lion. He is the only known American citizen to ever ascend to essentially the top of a cartel and lead a faction. He would ultimately try to take take complete control of the Beltran Leyva organization over but failed to do so. The cartel had it out for him and the government wanted him bad and one point offering a 2.3 million dollar reward from him in 2009. He eventually was arrested by Mexican forces in 2010 and extradited to the US in 2015 where he faced conspiracy to import cocaine, conspiracy to distribute cocaine and conspiracy to launder money. He plead guilty and got 49 years.

Well there's only one reason for that outside of death which it would say deceased instead of not in custody, he had decided to become a rat, something he hated I'm sure for many years. There is speculation that La Barbie flipped several years ago and with the pushing back of several high ranking corrupt Mexican politicians trials, it's clear Barbie might be the chief witness.

Nowadays its fashionable to do plenty of crimes and the US government will welcome you with open arms if your willing to give up other criminals they hate more. The interesting thing is in the end the drug war that we all now deal with in our communities has only gotten worse. The arrests of people like La Barbie never stopped the flow of drugs for one second.

It's always been wild to me as well that we are just ready to pluck someone out of federal prisons that literally sold TONS of drugs, beheaded and killed people on camera and say "hey, all good, your new name is Joe Blow and you now live in Lincoln Nebraska or Salt Lake City Utah, here's your home in a regular neighborhood with a dog, have a good life.