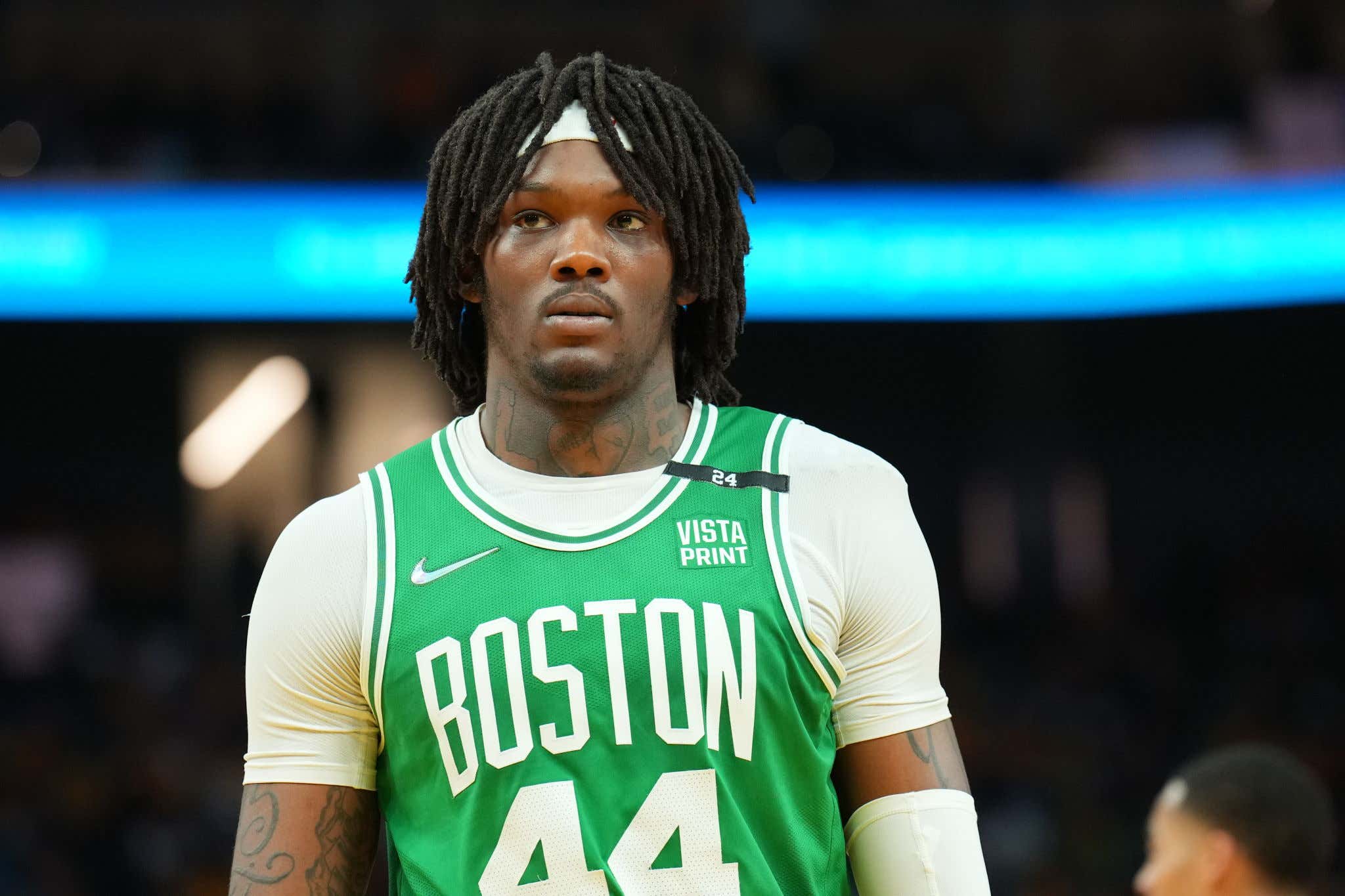 When it comes to Robert Williams, I have tried my hardest to live by one rule this season which is to not take the bait whenever it came to his return timeline. Any Celts fan will tell you, this franchise cannot be trusted when it comes to recovery timelines. We were told KG's knee was just a bruise back in 2009. We were told Kyrie would be ready for the playoffs, we were told Isaiah's hip wasn't so bad. Basically, whenever any sort of positive news came out about an injury or a timeline, you knew to be careful believing it.

The same is true for Rob. Remember when Shams first reported that this latest issue would keep Rob out for like a month, and that quickly turned into 8-12 weeks? So all year I've tried my hardest to not take the bait. Even as the team made it extremely difficult

and for the most part I was doing OK. I've tried to remove the idea of not having Rob or Rob one day coming back from how I talk about this team because I think there's enough talent available to be pretty damn good. Considering the Celts are the best team in the NBA right now, that's pretty much been proven true.

Through 21 games I was proud of myself for not taking the bait when it comes to Rob's return. That's what some people call internal growth. However, those days are over. I have caved. I am taking so much bait right now it'll make your head spin. Why? Well….

Do I care that this is a shootaround scrimmage against some coaches/trainers/etc? Absofuckinglutely not. Not a chance. I probably should have expected my brain to cave the second I saw any sort of clip of Rob currently looking like the old healthy Rob and I have to admit, now that I've seen it, it's even better than I hoped for.

I can also admit that I was completely terrified watching that 7 second clip. Part of me doesn't want him doing shit until 2023. Rest, rehab, and maybe do some cardio. There's absolutely no need to even remotely rush Rob back right now because if you already forgot, the Celts are the best team in the NBA. Luke Kornet is holding this shit down as a reserve center, Al looks great, they can be careful with this.

But if Rob's truly ready? Suddenly the idea of returning around Hannukkah (or Christmas I guess) doesn't seem so far fetched. Obviously there's a difference between a shootaround scrimmage and a real NBA game, but that sure as shit looked like the same old Rob to me. Remember that guy?

We know what a generational offense the Celts have unleashed on teams this year all without Rob, but the interesting part of their season is the defense is already starting to come around as well. Over their last 12 games, the Celts have had a top 10 defense which tells you they've been a top 10 team on that end for over half their season. Overall on the year, they've gone from like 27th to 14th in about two weeks. I don't think it's crazy to suggest a similar trend will continue with Rob finally back.

The best part about adding Rob isn't just his rim protection or what he does on the glass. He's able to be an impactful offensive player without even needing to shoot the ball. He's an elite lob threat for a P&R offense that is already unstoppable, and he's one of the best passing centers not named Nikola Jokic or Al Horford. Rob is the perfect ball moveer/screener/OREBer for this system, and that's on one leg. If he actually gets to have two healthy legs, watch out.

So yes, I understand it's a little ridiculous to get this worked up over a single practice clip. I do not care. We've waited months for Rob to come back and we're inching closer by the day. I don't know how that couldn't excite you.