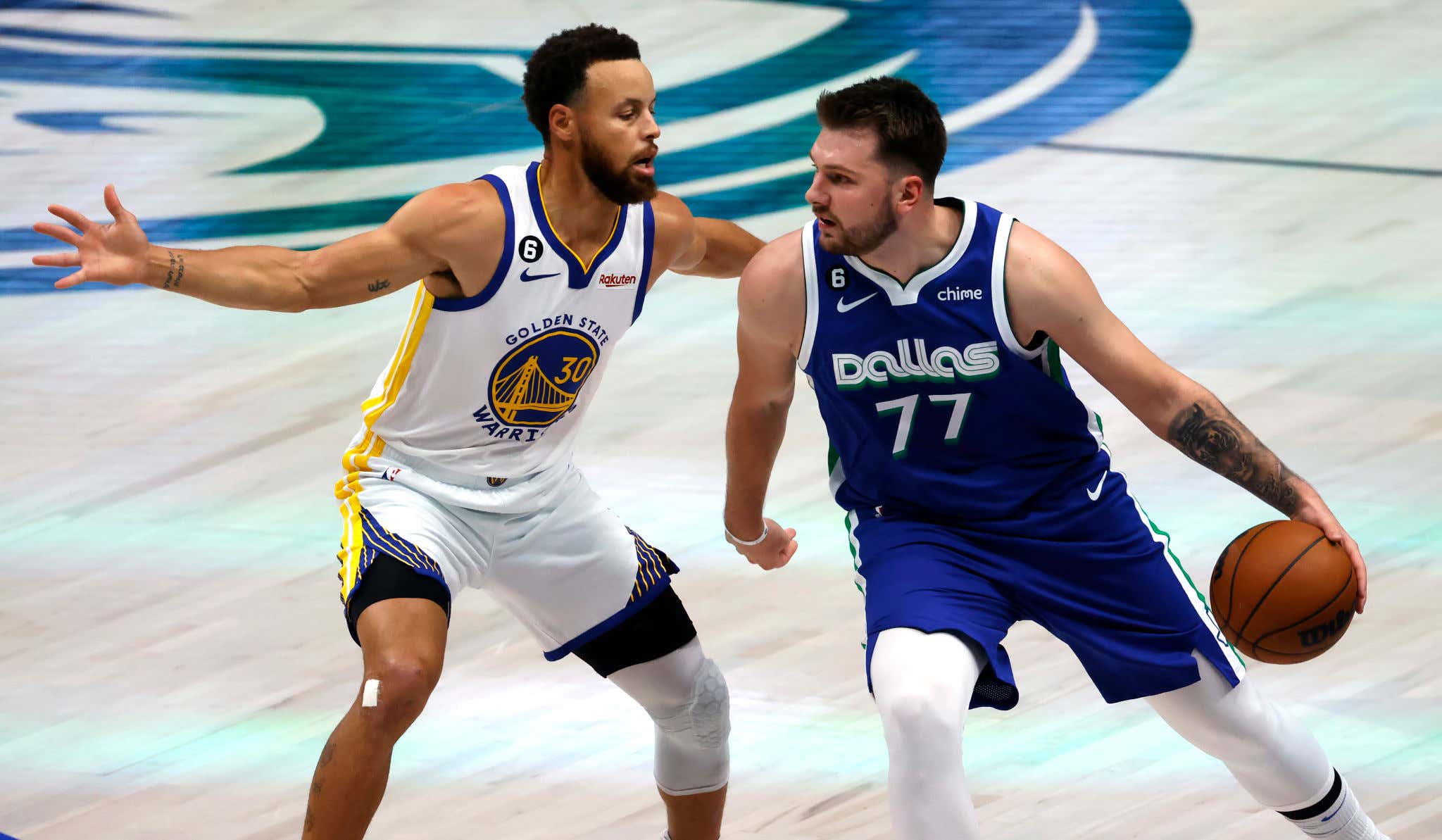 For the first time this season, we finally got to see a rematch of the Western Conference Finals. Both Steph Curry and Luka Doncic are currently playing at an MVP level, and both of these teams sneaky really needed the win. The Warriors and Mavs haven't exactly gotten off to blazing starts, both hovering around .500 and at the bottom of the Play In standings for one reason of another. Call it bad roster construction, call it locker room drama, call it whatever you want. For the defending champ and a team many considered to be a title contender to start the year this shitty is not exactly where most people expected to them to be.

So any time you throw together two desperate teams that have a recent history and also employ two of the most "must watch" players in the entire league, chances are that game is going to be awesome. When it actually lives up to the hype? Well, that's a treat we all can enjoy and boy did tonight's 116-113 Mavs win do just that. Both Steph and Luka put on a show and then some

There's nothing quite like Luka Magic. When he has it going and is locked in like he was tonight, Luka is essentially an unstoppable force. No defense really works, you just hope he misses. The beauty of Steph Curry is this is also true for him as well. I basically just described what makes Steph so devastating. When he's locked in, you're cooked. When both guys are at the height of their powers in the same game, of course you're going to have a finish like we got tonight. Some of the most insane shot making you'll ever see over the final few minutes, and naturally a decent amount of controversy at the end.

Take this play with 10 seconds left for example. What's your call here, travel or no travel?

My guess is your answer probably depends on who your favorite team is.

Me personally? I've never seen a more blatant travel with my own eyes. Curry took a bus as far as I'm concerned. Sure this analysis is purely a result of what happened to me in June but whatever, fuck em. Don't travel in that spot. The Mavs played good defense, Curry had to adjust and he traveled. That's tough. Curry also had that play where Luka poked the ball loose on a drive that went off Curry's leg. Sometimes those momentum plays by the home team end up being enough to get you over the hump. Credit the Mavs for making plays when they needed to down the stretch whether it was Luka Magic or huge buckets by Josh Green.

When it came time for another Warrior to make a play, well things didn't work out so hot

Great look for a historical shooter. That's really all you could ask for in that situation. Klay's gotta make that shot. I suppose you could ask that Steph Curry be the one taking a shot like this with the game on the line and I wouldn't disagree. Surely nobody is going to get on Klay's case for his brutal night and missed final shot. The internet is usually totally cool about this sort of thing with Klay. To make matters even worse, the NBA isn't exactly doing him any favors by tweeting this shit out after the game

Who knows if this will end up being a WCF rematch this year given both of these teams have some work to do. Teams like the Suns and Grizzlies/Nuggets/Pelicans look as strong as ever. But what I will do is sign up for two more of these matchups. Unfortunately, they don't meet again until 2/4 which is kind of lame.

Round 1 went to Luka Magic. Now it's Steph's turn to respond at home.