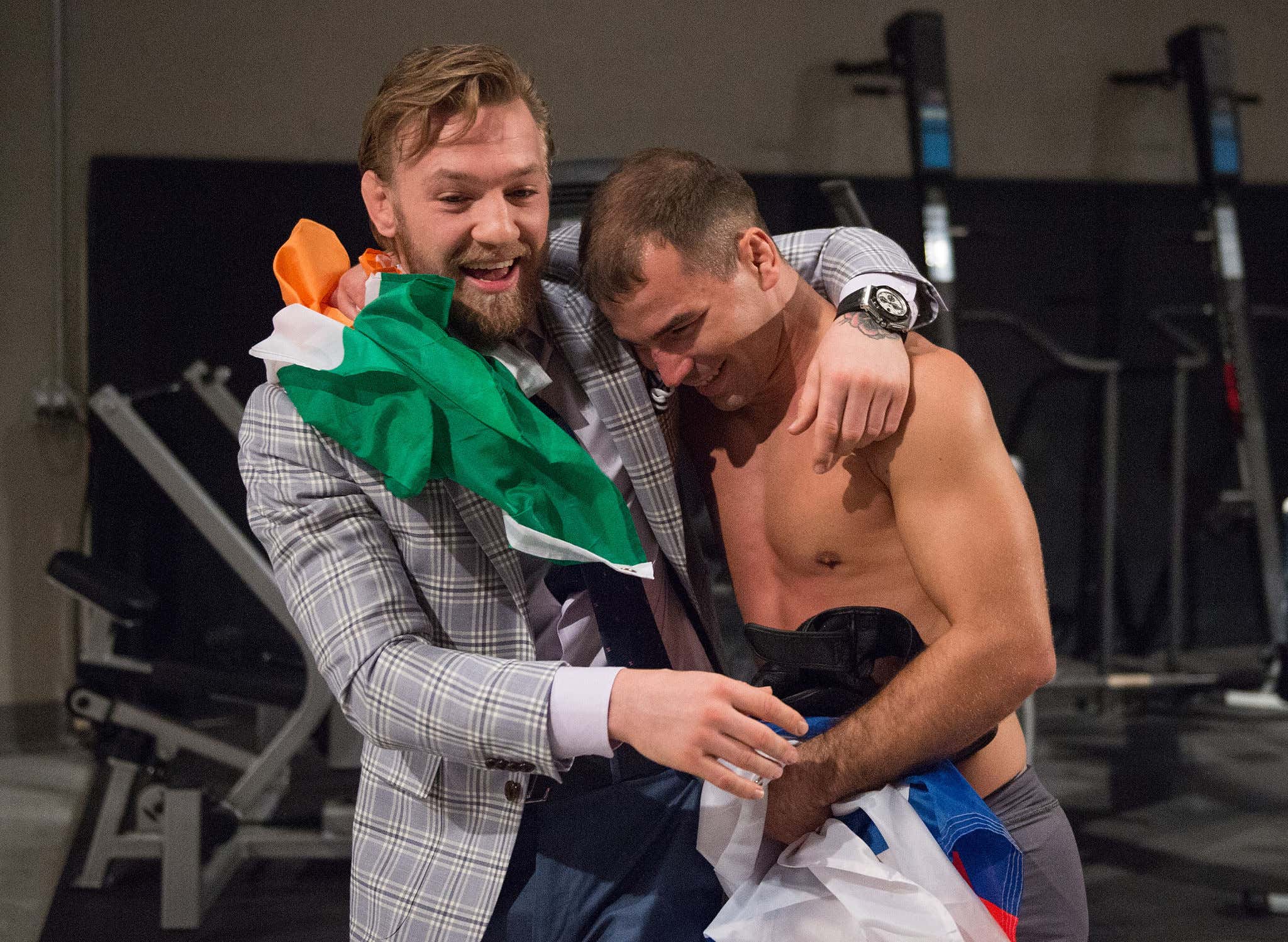 Man, this is heartbreaking - I feel like I'm watching my parents fight all over again!

If you're unfamiliar with Conor McGregor and Artem Lobov's (now former) friendship - it went back decades, and involved Artem cornering McGregor/being one of his main training partners since his earliest days in MMA, and McGregor getting Artem a job in the UFC and making them invent new rules of The Ultimate Fighter that allowed Lobov to stay on the show even after a loss. They seemed more happy to see each other win than they were when they won themselves. It was one of those kinds of friendships.

They'd go to war for one another - oh, and they did!

Conor McGregor flew halfway across the world to throw a dolly at Khabib's bus after he smacked Artem in a hotel lobby….

Yep - that ENTIRE incident was Conor McGregor and his boys defending Artem's honor like only his brothers would!

I mean, even I got a fucking summons over that shit!

It was recently revealed that Artem Lobov is suing McGregor for essentially stealing the idea for Proper No. 12 Whiskey from him and then cutting him out of it. Artem claims he convinced McGregor to make a whiskey and not a vodka, and that he connected McGregor to all the right people to get started and then never saw anything from it. He now wants 5% of the $600mil Conor made in the 2021 sale ($30,000,000), and he's now allegedly suing McGregor and his father for defamation as well.

Side note: someone call up David Fincher and Aaron Sorkin because there's an Irish Social Network type movie in there somewhere that I want to see.

Conor McGregor quickly responded to the news with a couple of these little voice memos, singing songs about Artem being a rat….

Tonight, Conor McGregor took things to a whole new level and challenged Artem to a fight at one of their mutual gyms (SBG Concorde) behind closed doors like they're fucking Rocky and Apollo - but if they hated each other! And Conor not only wants to fight; he wants the fight to be for all the marbles AKA for the lawsuit!

Seriously - would somebody get Hollywood on the line?! This is a fucking movie waiting to be made!

McGregor's probably just so tired of having to go to court at this point, right? And how could you blame him? He and Frank the Tank are probably neck-and-neck in lifetime court minutes (awake) already!

Conor keeps saying he wants to be back in the octagon early next year, and he's still rehabbing his new bionic leg after brutally snapping it in half in his last fight, so this fight is obviously a bad idea - but it sure sounds cool, and again, I think he's just throwing a last ditch effort out there to avoid going back to court.

I would think Artem was smart enough to not show up to that gym tonight, but who knows - you challenge Artem Lobov's pride and you may have fisticuffs to deal with. The Russian Hammer certainly showed Paulie Malinaggi that.

I'd imagine their coach, John Kavanagh, is probably pissed about this call out including their gym name and all of that. Not that Conor cares, but I just feel like this is John's worst nightmare. Kavanagh is constantly fighting for MMA to be treated better in Ireland and taken more seriously as a respectful sport and this just has an old lady calling SBG some kinda "barbaric fight club" in a televised government meeting written all over it.

This is all just a fuckin mess and it sucks as a longtime fan of the Conor/Artem duo together, but I'm also pretty numb to shit like this by now. He's beaten that outta me. ANYWAY, let's remember the good times….