The show centers on Leia Forman, the teenage daughter of Eric Forman and Donna Pinciotti, forming bonds with other teenagers as she spends the summer of 1995 with her grandparents, Red and Kitty in Point Place, Wisconsin, 15+1⁄2 years after the events of That 70's Show concluded on December 31, 1979. 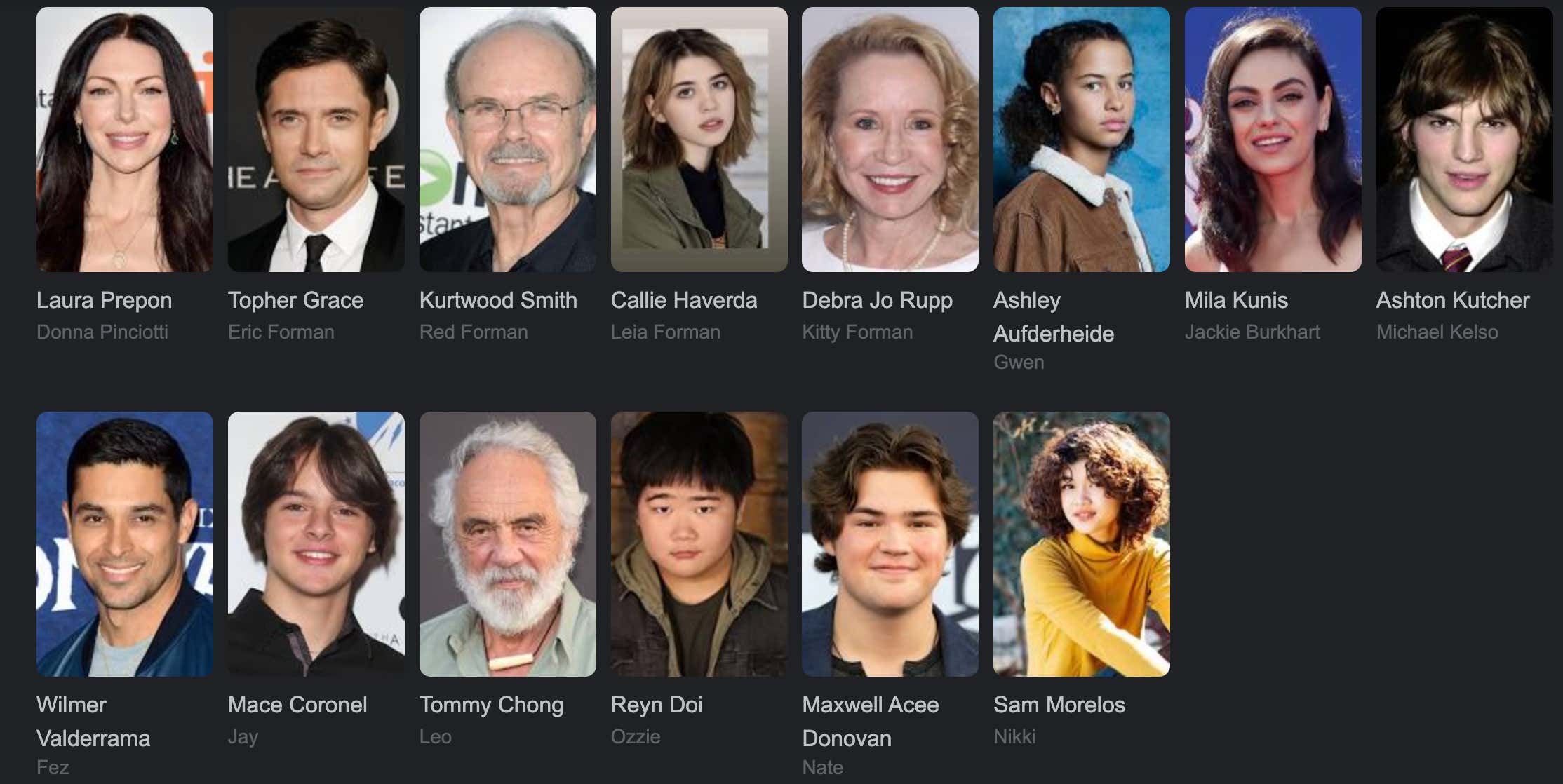 Something important to note before frying this.

When they first announced this revival this fact gave me a little bit of hope along with the fact that the original crew was returning. Especially since Red and Kitty, the heart of the original show, were going to have a big focus in this revival.

All that said, MAN was this trailer rough. Maybe we just look back on the original with rose colored glasses but this was just tough to watch. Cringey, tiktok-ass humor that doesn't hit on any level. Even their approach on Red, who should be an easy home run any time he is on screen, doesn't hit and feels forced. I know it should have been obvious that it was gonna suck but I'm just a sucker for hope.

Also, as a reminder, they did already try a sequel series to 'That 70's Show' that crashed and burned…

And yes, that is Glenn Howerton of 'It's Always Sunny in Philadelphia.

Netflix is more than willing to burn a seemingly endless amount of money on "Netflix Originals" that suck asshole, so this sucking won't mean much to them. And even though I am sewering it right now, you can bet your ass I'm gonna watch at least the first few episodes.