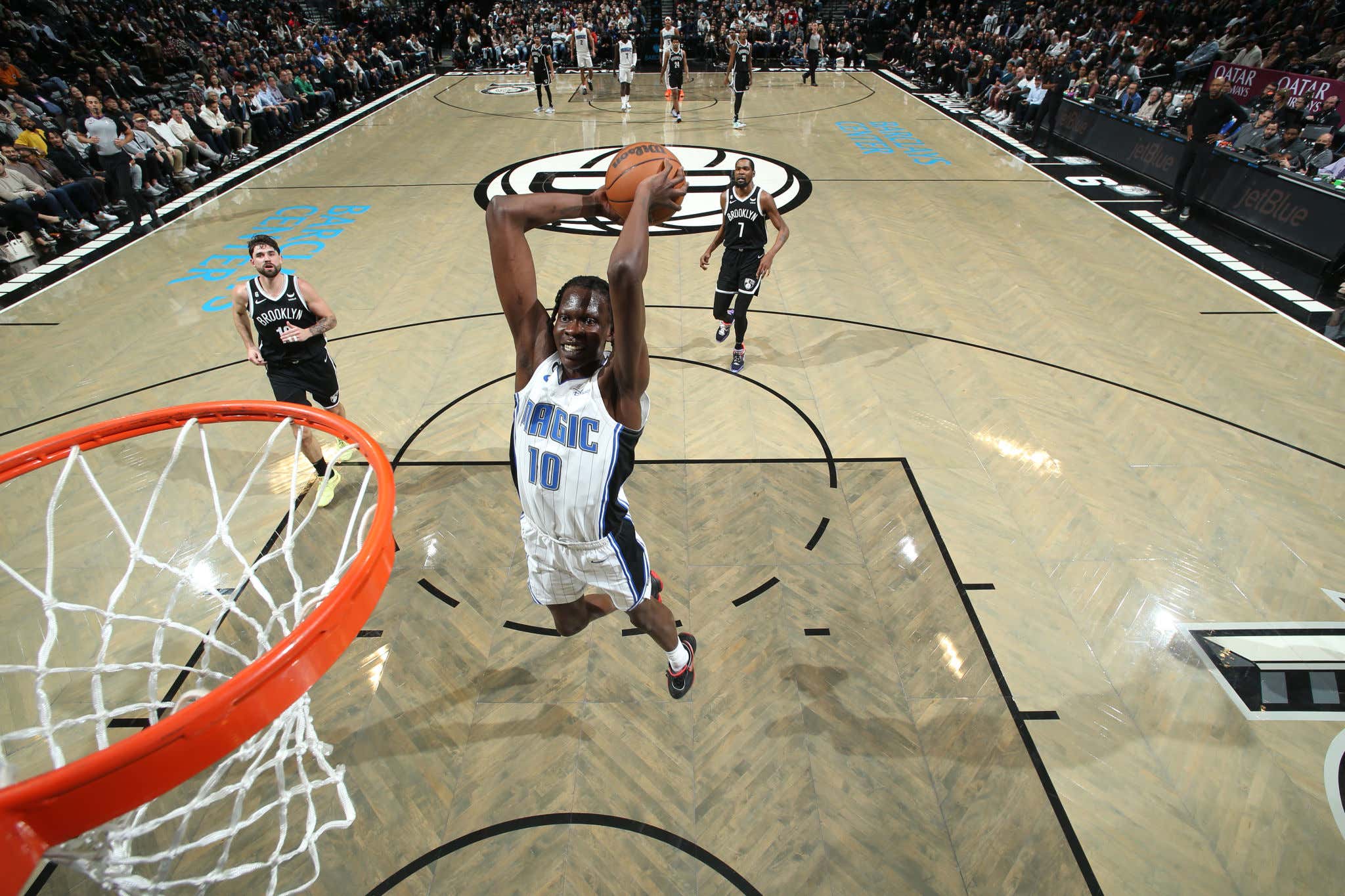 For some time now, any time Victor Wembanyama steps onto a basketball court, the entire internet collectively loses its mind. It's for good reason, I mean the dude does some pretty ridiculous shit that obviously is not something a lot of people have seen before. You have everyone under the sun, including the superstars of the NBA talking about how much of a problem he's going to be if he stays healthy once he makes it to the league. He's basically been stamped before even playing a single second of NBA basketball.

What you don't see/hear is the same sort of hype around Bol Bol, and I find that a little confusing because when you watch what he's doing right now, it sure as shit looks pretty similar to all the Wembanyama highlights that we as fans collectively lose our minds over. Just take his performance against the Nets last night for example

I mean what do your eyes tell you after watching those clips? That's pretty much the EXACT same skillet that people lose their shit over when it comes to Wembanyama. I'll have you know, Bol Bol is only 23 years old as well. Sure, Wembanyama is doing his shit at 18 which is rather ridiculous, but being 23 isn't exactly old and doing it in real NBA games has a little more weight for me.

If you think I'm crazy for even making this comparison, just listen to Paolo Banchero

This isn't me suggesting that Wembanyama will be lucky to even be Bol Bol in the NBA, or that Bol Bol should be considered as some sort of generational prospect like Wembanyama currently is. The point is more around acknowledging that what Bol Bol is doing in the league right now is pretty nuts, and it's coming with pretty much zero hype. Wembanyama hits a pullup three and it goes mega viral. Bol Bol does that shit in real NBA games and it's mostly crickets. Why is that? I'm pretty sure when Wembanyama does it for the Spurs/Magic/Rockets/Pelicans etc next year those clips will do numbies, so why not show some love to another 7'2 talent who is doing things usually reserved for guards?

As of today, the Magic are 5-16 and sit firmly in the #2 spot in the current tanking rankings (DET is 5-17). It's very possible they stay in that top 3 and end up winning the lottery. It's not like it would be uncommon to see ORL end up with the #1 pick when a generational big man is entering the league, that's sort of their thing. Can you imagine a front court with both Bol Bol AND Wembanyama on the floor together? I need to see it. For a while, I was fully in the Wembanyama to the Pelicans via the Lakers pick camp, but now seeing what a weapon Bol Bol might actually be, I think I want him on the Magic?

You look up and down their roster and there is a lot of intriguing young talent on this Magic team. Paolo is probably going to win the ROY and looks like an offensive beast already, Franz Wagner is legit, Suggs is improving, Mo Bamba has been known to show a pulse at times. They may not be winning games right now but who cares about that? This is what a rebuild looks like. You potentially add Wembanyama to the mix and it wouldn't shock me at all if we see the Magic start to rise sooner than later.

Bol Bol though, do yourself a favor and watch him. I know you might think you're wasting your time watching a 5-16 team but I promise you you'll see some shit you've never really seen before. He's that rare of a talent.