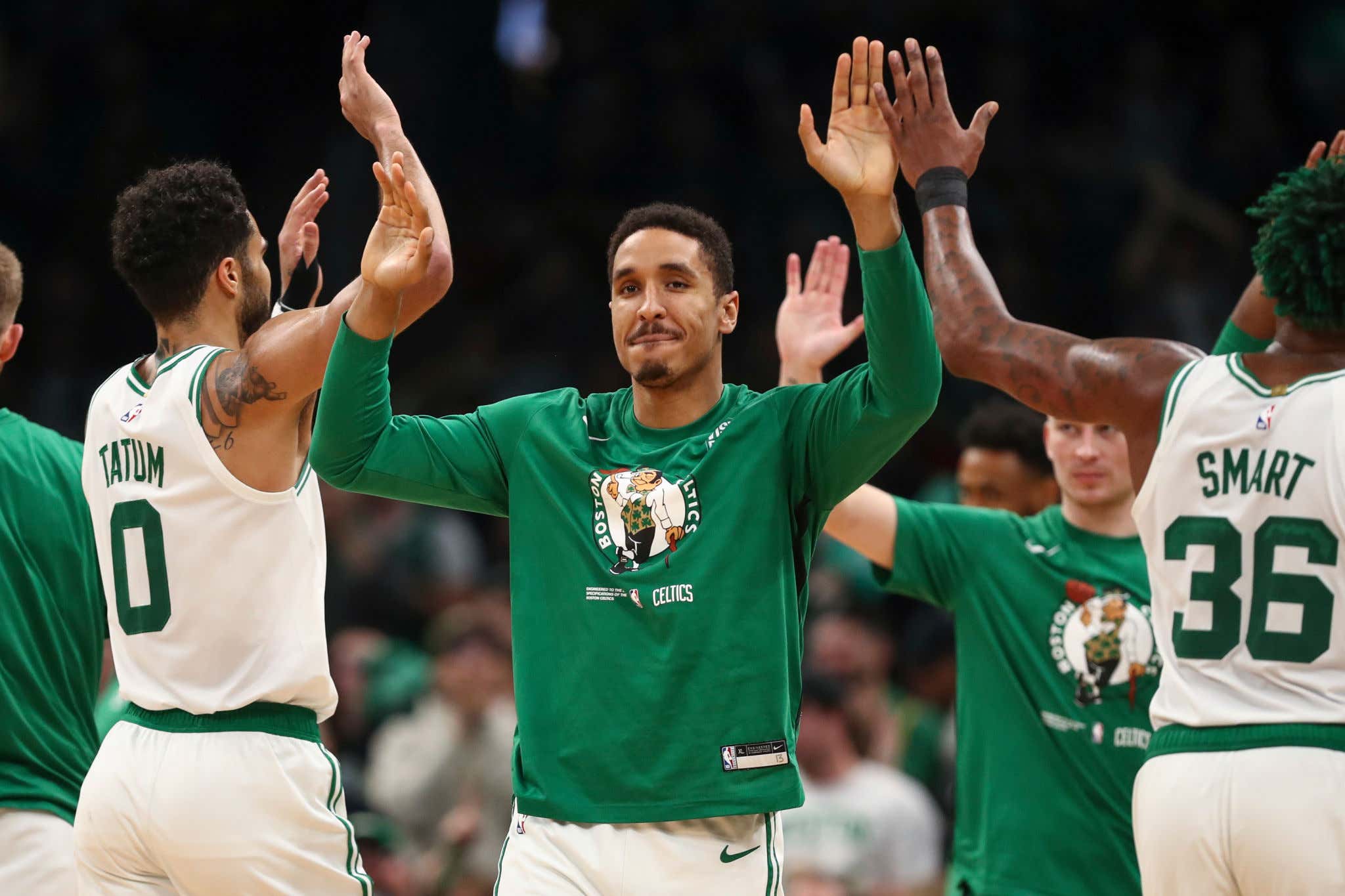 It was another ass kicking for the Celts last night over the Charlotte Hornets* to the tune of the Celts putting up 140 points, making 24 3PM, and dishing out 40 assists all without Jaylen Brown and Al Horford playing. Sunday night they put up 130 without Tatum, last night a cool 140 without 3/5ths of their starting group if you want to include Rob. Mazzulla Ball is a fucking wagon, we know this.

Given who the Hornets had out there, it's not like this result was a surprise, and while it was nice to see the Celts not fall into a trap game, it's what happened after the game that really stuck with me. First, Joe's mentality

Let's be clear, I will die for this man. One way to ensure your players don't start buying into their own hype is making sure as the head coach you aren't even relatively impressed with what they are doing. That's how you keep everyone focused.

But then we heard Malcolm Brogdon at the podium and things went up a few levels for me. Coming off another rock solid performance off the bench

and his play since coming back from injury is getting pretty ridiculous. Since his return on 11/18 (6 games), Brogdon is putting up 14.5/4.2/4.3 on 50/61% from the floor. That is patently ridiculous and to say he's filling his role to perfection sort of feels like an understatement. Add to it that he's basically not turning the ball over (1.7) and it's safe to say Brogdon has been exactly what we were hoping for and then some.

Even with his strong play on the court, it's what he said after the game that I truly care about

When a player like Brogdon says shit like this, you listen. He's someone that's been around this league, he's been in all different situations and franchises. Contenders and lottery teams. Listen to how he talks about this franchise and the perspective he uses. You don't think his voice/opinion holds weight in that locker room and to other players around the league?

Here's why I think this truly matters. There are a couple of important pieces to this roster that are going to be faced with a pretty important decision rather quickly. First, there's Grant and his RFA this summer. He could very well have the option of taking the highest offer and waiting to see if the Celts match. While they sort of control his future, I think there's something to be said about Brogdon talking about being on a team that's not winning and how much that shit sucks. As a reminder, all the teams with tons of cap space are not contenders.

Then there's Jaylen. His situation is a little riskier because he's UFA after next season. He's the one you hear people talking about how he'll leave Boston and all this shit so he can be a #1. What we know is that he and Brogdon are very close, so to hear this from Malcolm leads me to believe he's telling the same shit to Jaylen. Part of me thinks this was Brad's plan all along. Not to just bring in a talent that the roster needed, but also someone who would appreciate what the Celts are building and would help keep everyone around long term.

There's just something very cool about a player who has only been on this team for two seconds already understanding and acknowledging what is happening right now with this franchise. This isn't some scrub or a guy who has only played for BOS talking about how awesome the Celtics are. This is an All Star talent who has been around this league and has an outside perspective. How he was talking in that clip is EXACTLY what we as fans hope for, and you very seldom get it.

Of course, none of this happens without the actual winning part. That's very important not just for the collective buy in during the season, but also when it comes to guys making decisions about their futures, whether they are currently on the roster or an outside free agent. The best way I can describe Brogdon and this entire roster's mentality right now is that they simple "get it". I don't really know how to describe "it", I just know the Celts are doing it. This is what happens when you take that next step as a franchise and become a true contender. This team is built for the now AND the future and it's pretty obvious to anyone that watches them.

This is why the time has come to just blindly trust Brad Stevens. He's throwing a perfect game as the boss of this franchise and finding a way to bring in a player like Brogdon for basically nothing is just another example of not. Not only is he delivering on the court, but there's a good chance he's going to help impact some pretty huge upcoming off the court decisions as well.

What a guy, what a Celtic.