Barstool Sports is hosting yet another Cyber Monday telethon event tonight at 7pm ET/4pm PT. I will not be involved whatsoever, as I have it on good authority that I am not electric enough, and my that my presence on camera would actively lose the company money. Maybe next year.

Regardless, I will be in the building, lurking around awkwardly watching my co-workers best friends attempt to win thousands of dollars.

Barstool Nate has explained the rules in detail in this tweet

Last year we made $189,000, so that comes out to about 2-3 opportunities for each goalie to win money. The people kicking the ball will rotate. As I understand it, they'll be rotating kickers by brands. So someone from Pardon My Take will get a kick, then someone from The Yak, then KFC Radio, Chicks In The Office, Foreplay, PB & Slay, etc.

The goalies will rotate one shot at a time. If the goalie saves it, then they make $1000. If they don't, then a random Stool Head will get a ticket to a sporting event of their choosing (I also think Taylor Swift tickets are on the table).

I've been sitting next to this penalty shot set up all day. I've taken a lot of practice kicks on the off-chance Feitelberg sprains his ankle or Caroline gets a red card and needs someone to step in for them. The best ability is availability, and there's nobody more available than me. 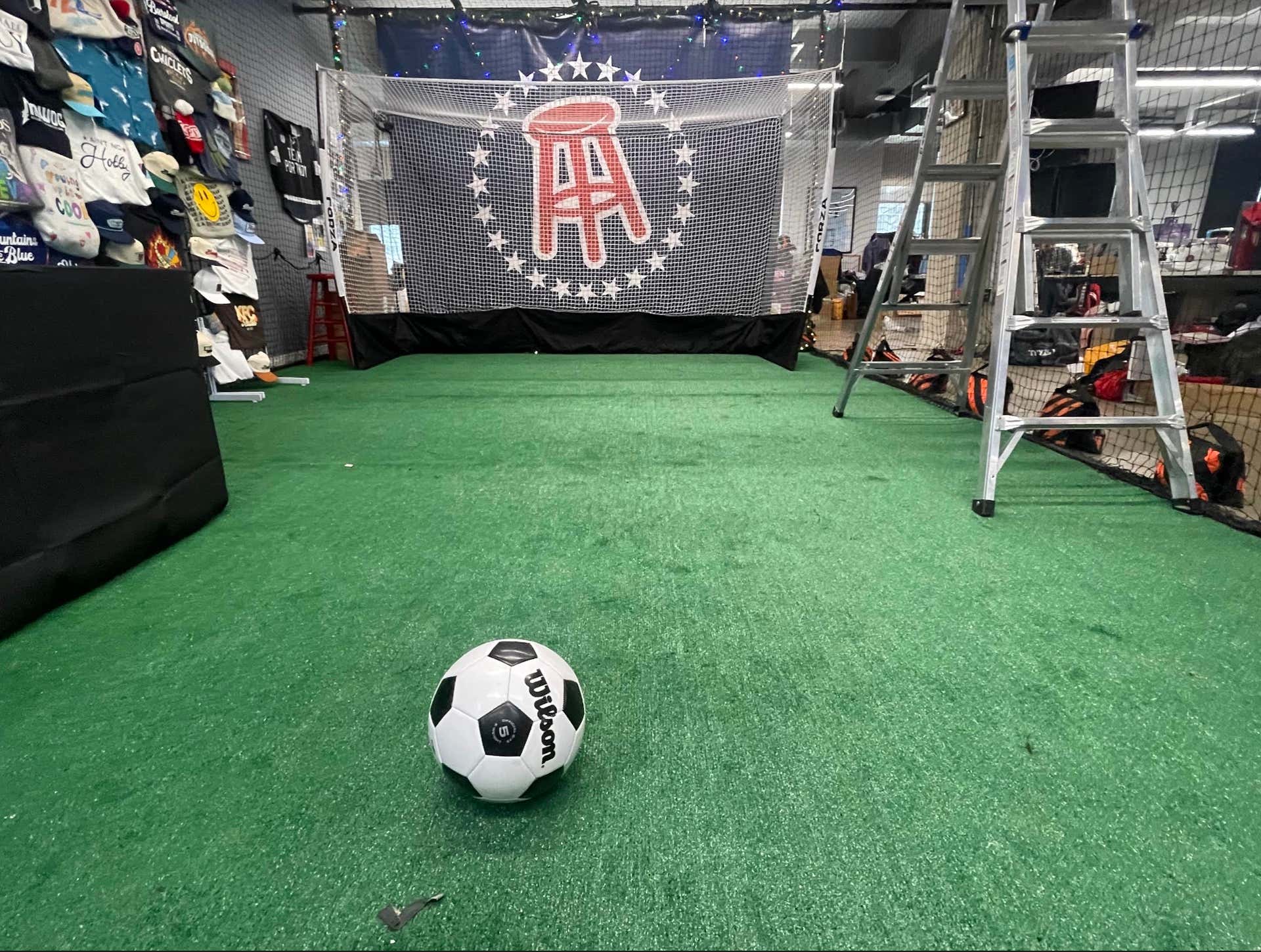 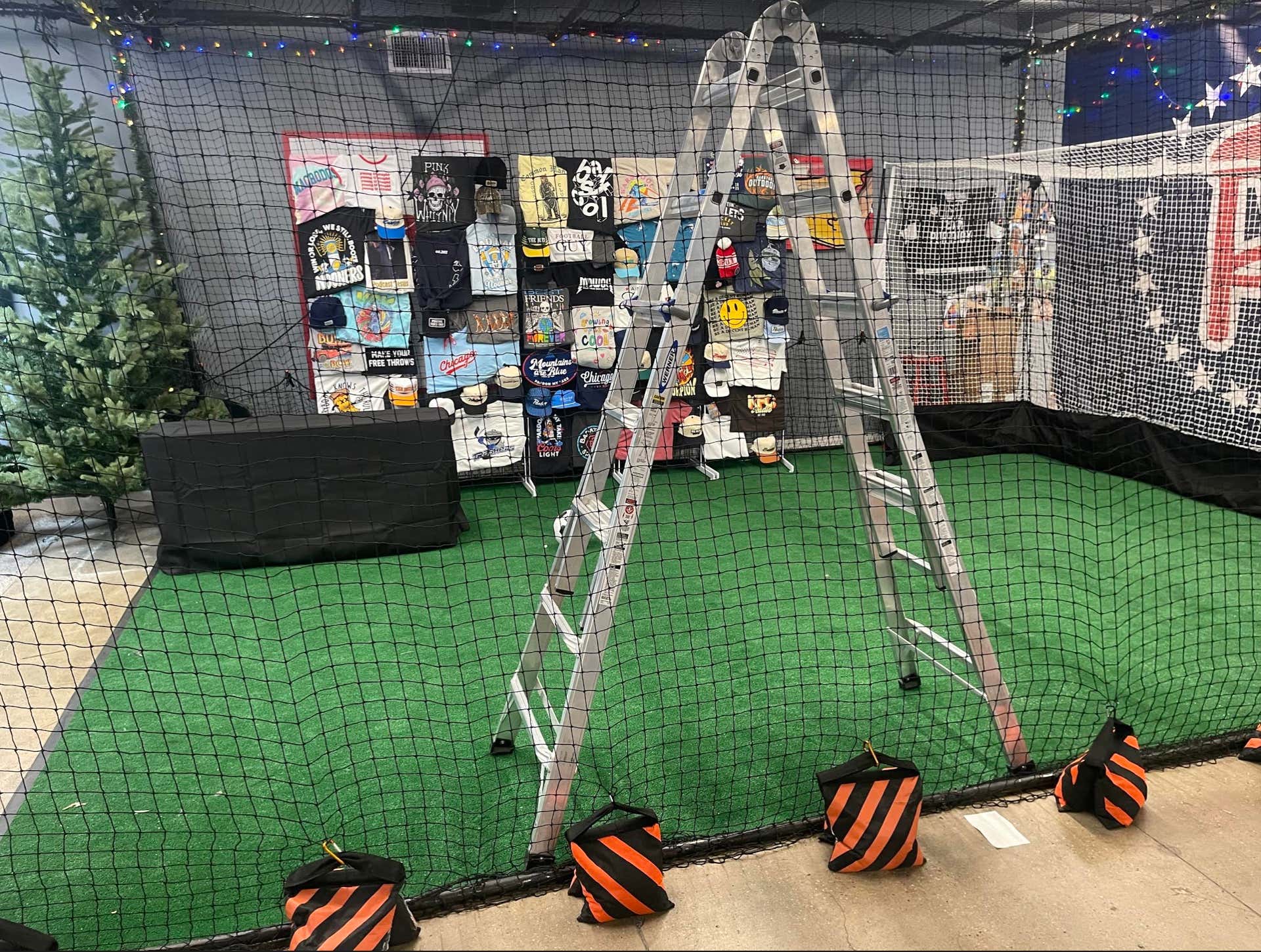 As you can see, this is pretty fucking close, and we are using a very real, fully pumped up soccer ball. I just watched Francis take some full power kicks into the back of the net. If any of those shots would have hit someone in the face, it's 1000% breaking their nose.

Even if the kicker doesn't blast the penalty shot, if they have any accuracy whatsoever, they're going to score. Take this practice shot for example.

You can't react to that as a goalie. Zero chance that shot is getting saved. The goalie is going to have to guess correctly and dive if they want to get a piece of it. But is anyone really going to dive? I think I would for $1000, but I'm not sure many other people will. What this competition is really going to come down to is the kicker. How bad do they want to score, and how big of an asshole does the kicker want to be?

I've been thinking about which goalie is going to win the most money. After reviewing the list of 8 goalies, here is who I think will perform the best in net. 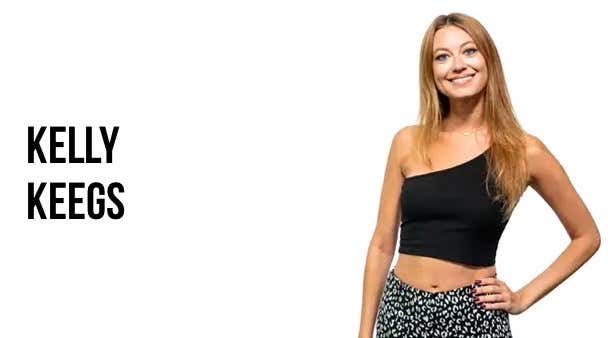 Being a girl in this competition is going to be a huge advantage, mainly because nobody is going to want to hurt a girl (sexist). Not only is Kelly a girl, but she is also very tall, and has long extremities. Nobody is really going to be able to react to make a save, but if they're tall and can spread out, it increases their chance of the ball accidentally hitting them. In my opinion, Kelly is in the best position 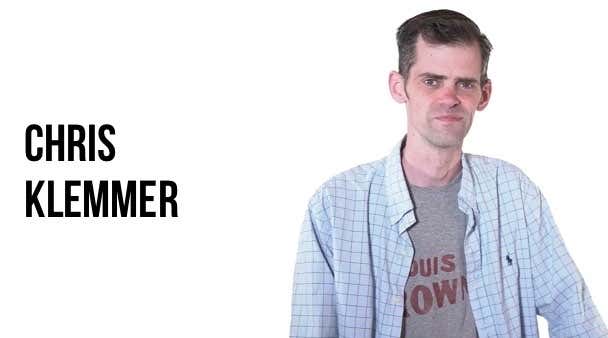 The visual of Chris Klemmer in a full, spread out goalie stance is going to be such a ridiculous visual, that the kicker won't be able to take a shot with a straight face. I also think Klemmer is going to put forth maximum effort. We've all seen him sprint at full speed for no reason, so he's not above trying. I also think he could use the $1000. 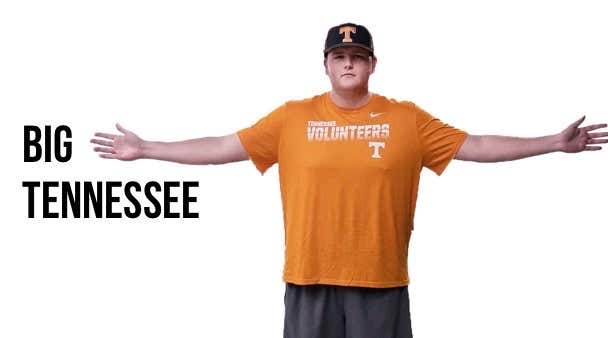 Big T is about 6'4", 250 (I'm terrible at guessing weight, hopefully that isn't an offensive guess). Either way, he's going to take up a ton of space in the net. He strikes me as a guy who isn't going to flinch either. I could see him taking a ball off the face and it not even phasing him. I don't see him trying that hard though. He'll be tough to miss with the ball, but I don't think he's going to go that far out of his way to make a save. 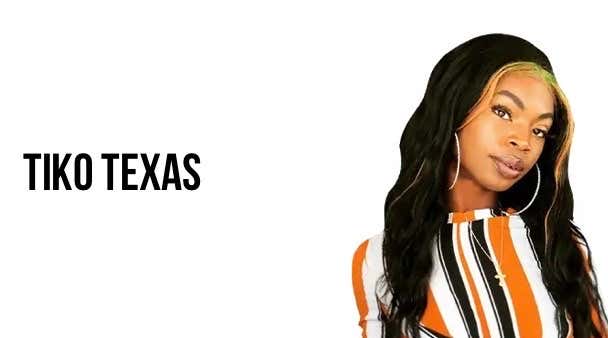 The fact that Tiko is a girl is going to be offset by the amount of shit she is probably going to talk prior to the shot. Once Tiko hurls some way too personal insults at the shooter, they're certainly not going to take it easy on her. 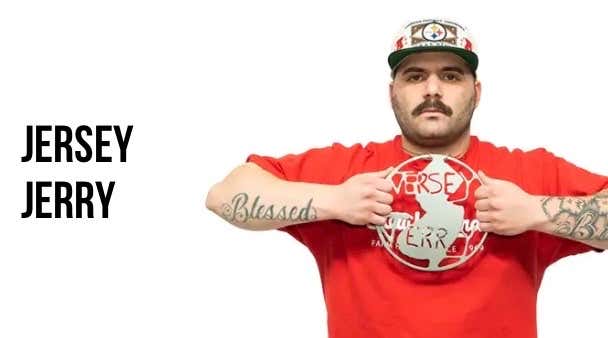 Jerry is a high effort guy. He's a man that wants to win, and he's going to try his hardest in net. Unfortunately, he is quite small. 2 Jersey Jerry's equals 1 Big T. Big disadvantage for Jerry. 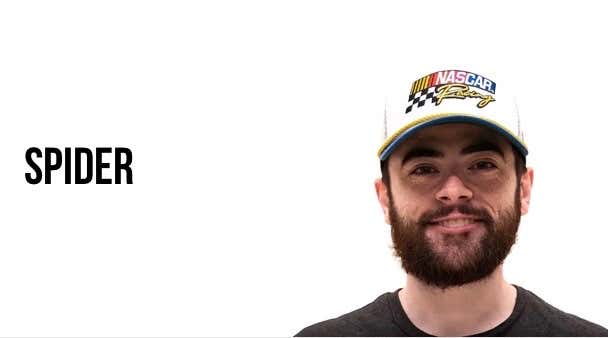 I've been watching Spider kick around on the net all day. I saw him play goalie for a couple practice shots as well. To be honest, I haven't been impressed. Maybe he'll step up his game when the bright lights are on, but based on what I've seen so far, I'm not overly confident in him. 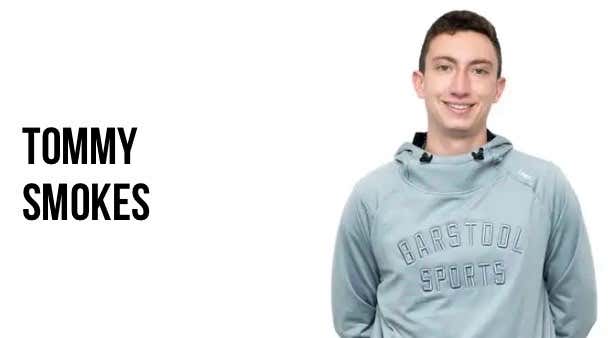 This doesn't have anything to do with Tommy's athletic ability. It has everything to do with the fact that nobody wants to see Tommy win more money. I'm pretty sure Tommy is close to like $50k in winnings over the last couple of years. Whoever is kicking against Tommy is going to go full power. Anybody who goes with a full power shot is going to score. 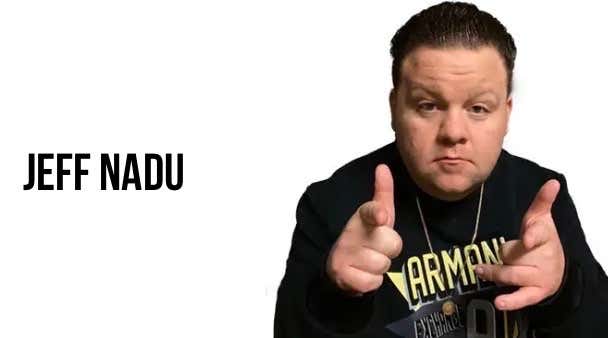 This was honestly an easy decision for me. Nadu is very small, and has the attitude of someone who is too cool to play goalie. I honestly expect him to stand still in the net, then after he gets scored on he'll say that he didn't even care. What's a thousand dollars to sharp like Nadu anyways?

So load up on some merch at 20% off at the Barstool Store then see who gets paid, who gets tickets, and who goes to the hospital with an injury.