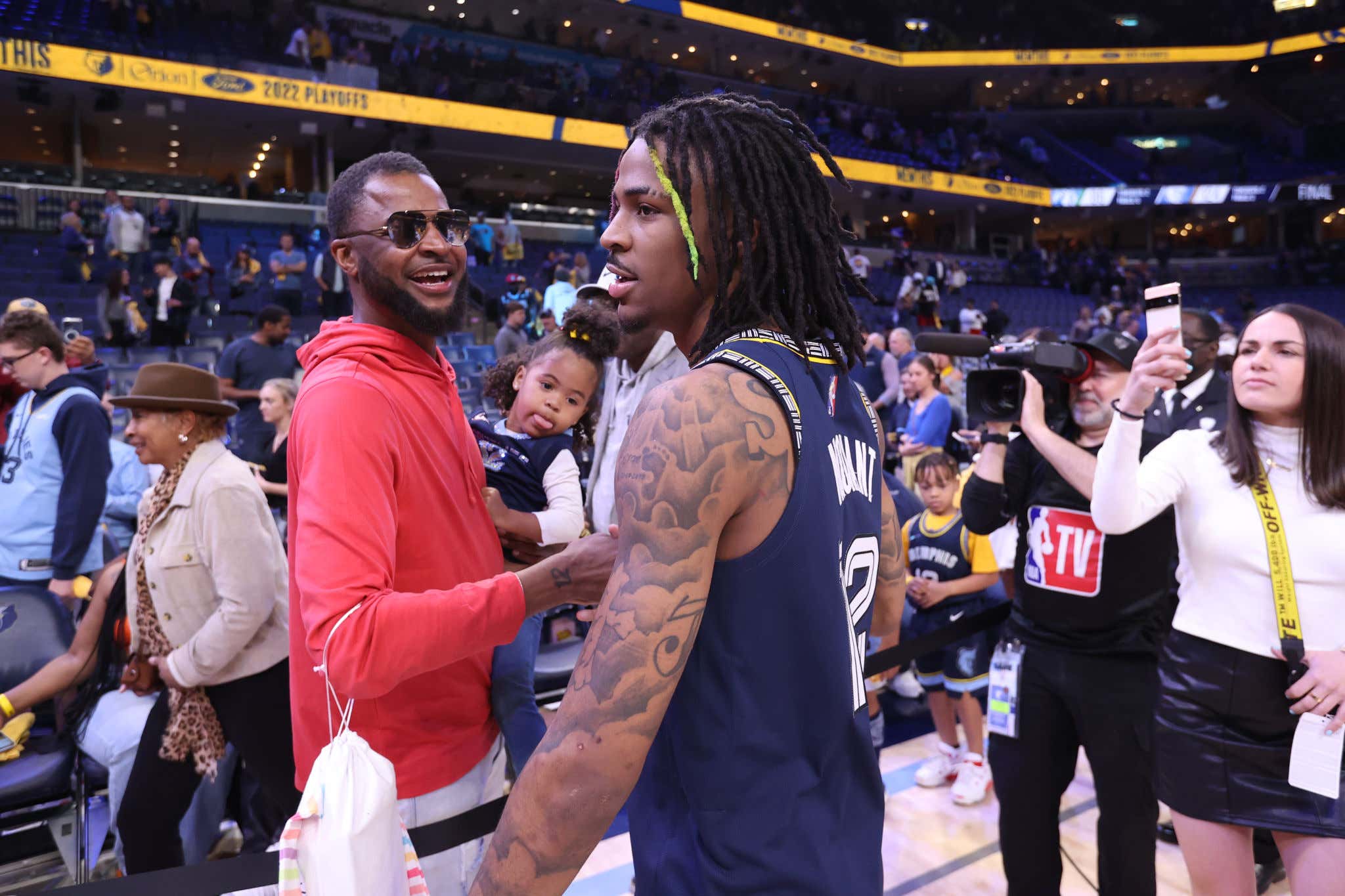 I think everyone loves putting a hater in their place. Whether you're a professional athlete and one of the best players in your sport, or you're dealing with internet trolls on a daily basis, there's nothing quite like shutting those people up. It feels like in today's world people get off on being "haters" to some degree, so anytime you get to stuff one of those people in a locker or finally break them down to the point where they admit defeat is always a great moment.

For Ja Morant, he has a ton of haters. When you're on a good team and you talk a whole bunch of shit while doing things on a basketball court that don't seem physically possible, haters are expected. What makes his situation a little different is the fact that his biggest hater is without a doubt his own father Tee Morant

Some might call that a little harsh, but it's clearly effective. Ja is a monster and clearly uses that hate as motivation.

Think of all the insane moments Ja has had so far in his NBA career. Huge games in both the regular and postseason, won ROY, is an All Star talent etc, and despite all that, his dad never asked him for a jersey. Instead, he's probably been telling Ja he's still trash. Well you throw up a big time triple double on the road at MSG, even the biggest haters in the world will have to bow down

As of today, despite all their injury issues the Grizzlies are still positioned well in the 3 spot out West and only 1.5 games out of the top seed. This is with Jaren Jackson Jr only playing 5 games so far after he was recovering from offseason surgery and Desmond Bane currently being out with a foot injury having played only 12 of their 20 games. You might remember last year the Grizzlies went 20-5 without Morant which pretty much shows you this team is for real even without their main guys active. But when Ja is active?

There's just something about watching him play. I know we throw around the term "must watch" pretty liberally these days, but Ja is someone who actually is worthy of that description. Every single game he does something that makes no goddamn sense. Like what the hell is this shit from last night?

I'm not a huge physics guy, but this seems like something that shouldn't be humanly possible and yet for Ja, it's fairly normal.

You would think given the body of work we have to work with that maybe his Dad would have come around a lot sooner, but part of me thinks this is what makes Ja so awesome. There's no complacency. His inner circle isn't filled with "yes" men or anything like that. His own Dad refuses to admit he's even remotely good at basketball. I imagine that's why Ja comes back every year and is even better. Considering he's only 23 years old, it's pretty scary to think about what his prime might even look like. He's essentially a lock for 28/8 while shooting 47/37% from the floor. Remember when Ja couldn't shoot 3s? His Dad probably roasts him all the time about his lack of range. The result has been the highest 3P% of Ja's career this year while also taking the more 3PA of his career.

It just goes to show, sometimes your haters can actually help, and at some point if you're good enough, even they'll have to take one on the chin and actually admit it.