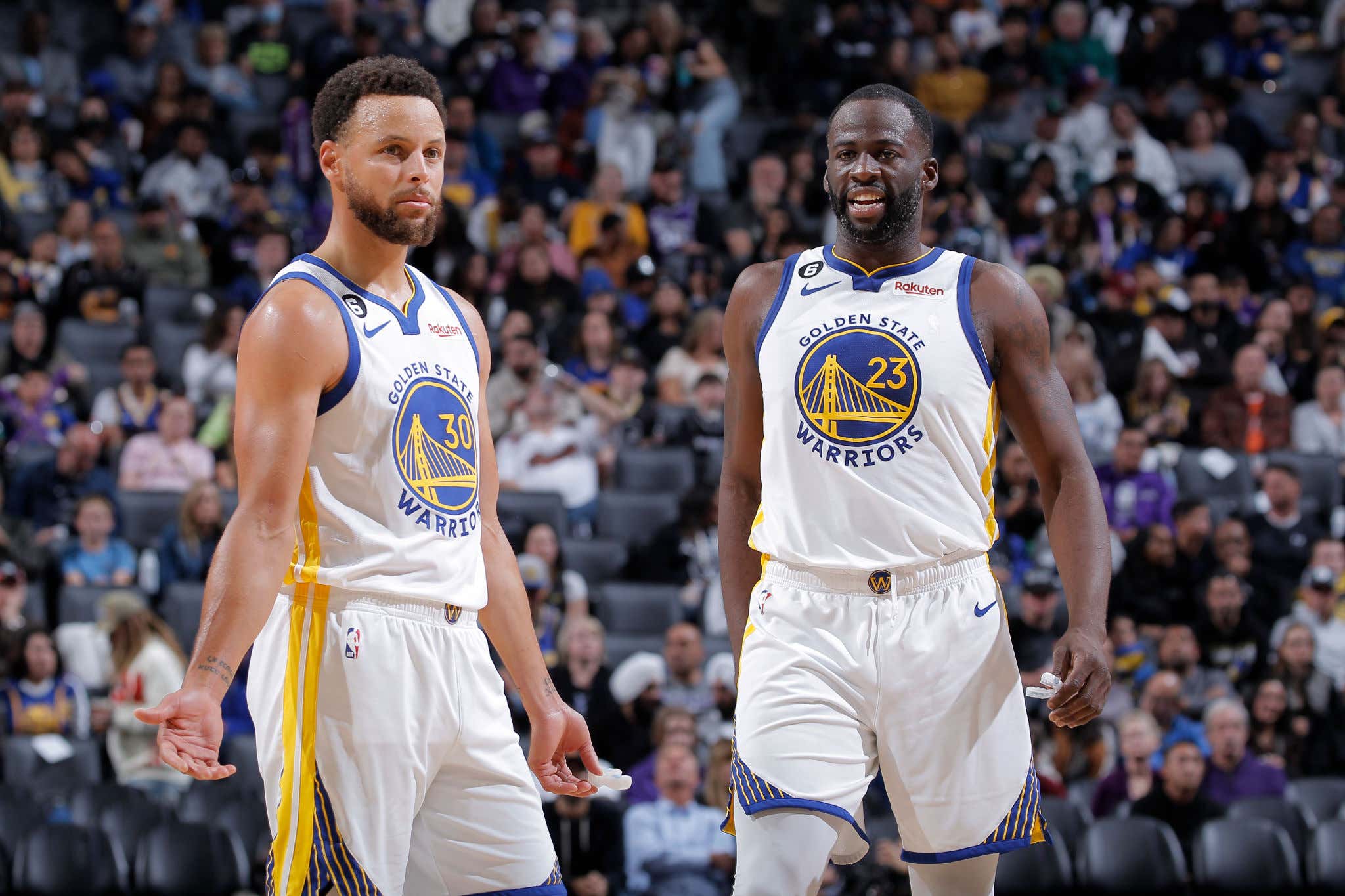 By pretty much all accounts, NBA officials have been horrendous this season. It doesn't matter what game you're watching, chances are you're going to see some highly questionable bullshit from the refs. I've blogged it a few times already this season and it seems to be getting worse and worse as the season goes on. Does Adam Silver give a shit? Of course not. If he did we probably would see some improvement.

Our latest example came last night in Minnesota. In the final moments of a blowout Warriors win, we saw Dramond Green get excited and celebrate a teammate making a play. The game was a blowout, so who cares right?

I get it, there's that new bench celebration rule. You're technically not allowed to leave the bench and come onto the floor like Draymond did, but again I ask….who cares? There are like 80 seconds left in the game, you don't have to be on a power trip and call that tech. And I say this as someone who despises the Warriors with every fiber of my being. What are we even doing here? I get Draymond can be annoying, but this was weak. When you have Steph Curry doubling down on how much of a clown you're being, you know you probably fucked up

This wasn't even a case of taunting or being disrespectful or any of that shit where I could maybe understand if Draymond took things too far. You give a tech like that, with the score being what it was with only around a minute left in the game, you're an asshole. Plain and simple. You just want to throw your power around and show everyone that you're the boss. It's pathetic. I get the rule, but these are the defending champs in the final minute of a blowout. Grow up. Let people have fun, this is the NBA!

Meanwhile, I'm not sure if you noticed but Steph Curry is having the best season of his life

and the Warriors have quietly won 3 in a row and are now officially in the Play In! That's a nice little step for a team that was under .500 and in the lottery not too long ago. They finally are starting to win on then road after their 0-8 start, and now sit just 3 games back of the #1 seed. As far as I'm concerned, things in the West are still as wide open as ever and if teams aren't careful, the Warriors can absolutely make a run behind their best player having the best season of his career.

What shouldn't be lost here though is Adam Silver's officiating problem. I'm someone who pretty much spends every day defending this game and this league. It's incredible. You could argue it's one of the most loaded seasons we've ever had in terms of parity and talent. That is what we should be focusing on and talking about, not how consistently horrific the officiating is. It's not even only the standard guys like Tony Brothers, Zach Zarba, and Scott Foster either. All these new officials we have this season are even worse. It's as if they act on emotion and not what actually is happening and that's a problem.

It kills me to have to do any sort of sticking up for the Warriors given what they did to my life last June, but that's how much I despise what NBA refs are doing right now. Thanks a lot Adam Silver. Figure your shit out and fix your refs. We're a quarter of the way into the season and things are only getting worse.