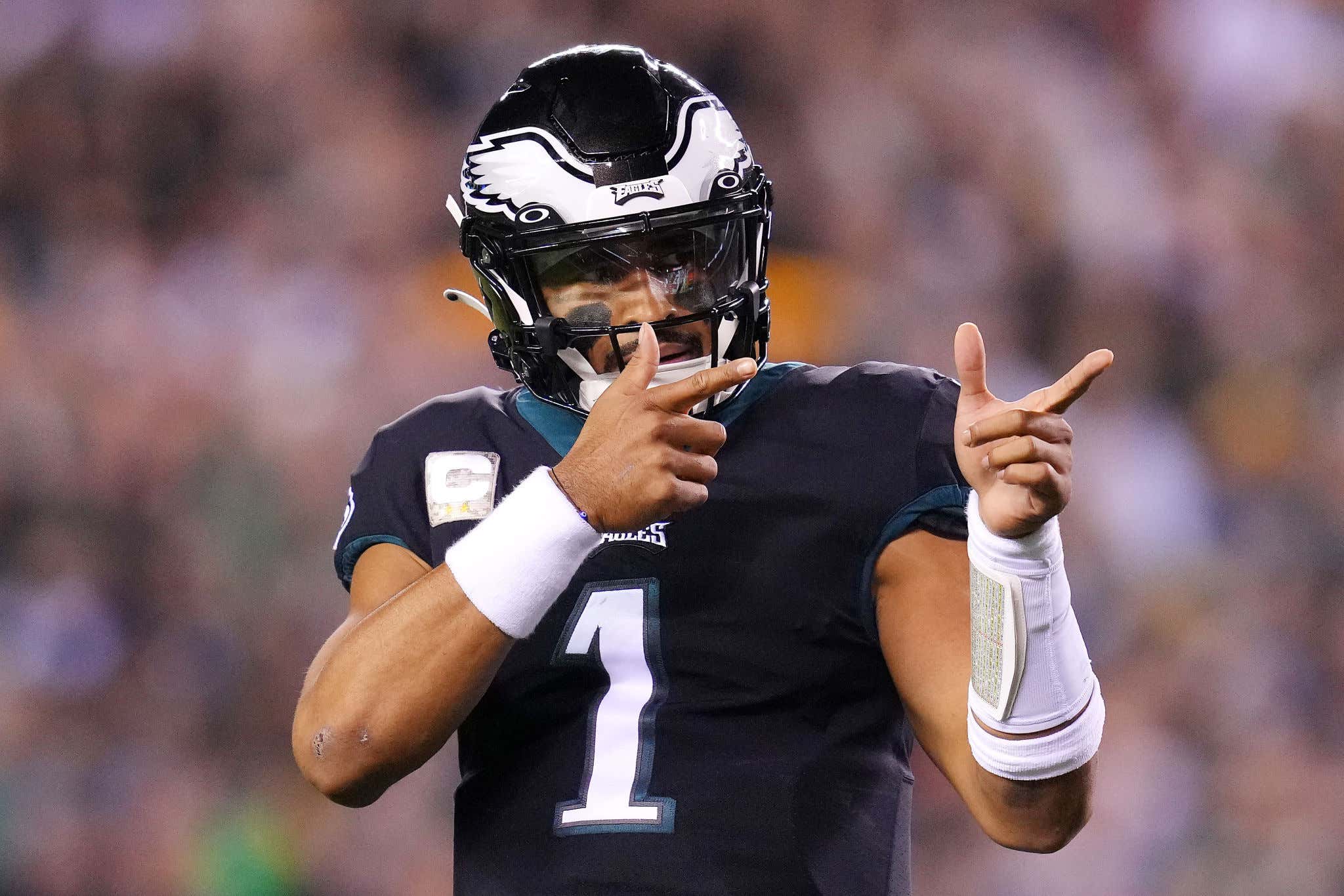 157 rushing yards. That number speaks for itself. But we'll let this clip explain it some more, just for fun.

157 yards with his legs. It's an Eagles franchise record for single game rushing yards by a quarterback. It's gotta be a top 5 rushing performance out of a QB in league history. Whenever Jalen Hurts had the opportunity to murder the Packers with his legs today, it was murder he wrote. He became the first quarterback in the past 30 years to rush for 100+ yards in a single quarter, and became the first player to ever have 125+ rush yards and 125+ passing yards in a half.

So sure. Jalen Hurts is an elite runner of the football. We've all known that since the day he first stepped foot on Bryant-Denny Stadium in Tuscaloosa. But can he be an elite thrower of the football? He's been proving the answer to that question is a resounding "abso-fucking-lutely" all season long. But this throw to Quez Watkins was one of his best.

That shit was surgical. The perfect spot, the perfect touch, the perfect timing. That was an MVP caliber throw from Jalen Hurts, who was already having a beyond MVP caliber rushing performance on the night. He had 4x NFL MVP Aaron Rodgers come into his house today and Jalen Hurts put together one of the most completely dominant performances we've seen all season. It's the young man's MVP to lose at this point.

Granted, the game got way closer than it ever should have. The kick coverage team was brutal tonight. There were a few moments throughout the night that the defense looked like they had no idea Green Bay was actually allowed to run the ball. That Jordan Love touchdown pass to Christian Watson could have been a moment to haunt this franchise forever. But at the end of the day, Jalen Hurts and Miles Sanders and the offensive line did enough to make sure the Eagles could survive a few fuck ups here and there. What a team. What a game. What a great officially licensed clothing collection, which you can still get for 20% off through tomorrow.