I can't stop laughing at how bad this is. I mean sure it's a bad look for soccer players and the game in general. But any time we can make fun of Russia, I'm gonna do it. You might be wondering why Russia is currently playing soccer and that's because they were banned from the World Cup. So we got the Russian Cup going on over there and more importantly the single saddest 40 person brawl these eyes have seen.

Now there's a lot going on so let's try to break it down here. We gotta start with my man looking like Marv slipping in paint in Home Alone

Dude just instantly eats shit. Can't even run and stop correctly, probably why he's on the bench. At the same time we have the cliche soccer fight move. Kicks to the leg. Come on guys. Again, you're ruining our reputation as soccer fans by doing this. Someone throw a punch. HIT SOMEONE. Like this move right here? 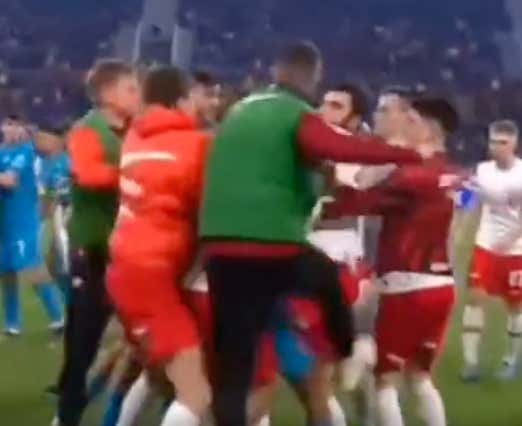 That's a light tap on the ass? Basically someone telling to get going, you're running late and there's traffic.

Tough look for the ref during all of this considering at the 4 second mark he's lifted in the air like a small child: 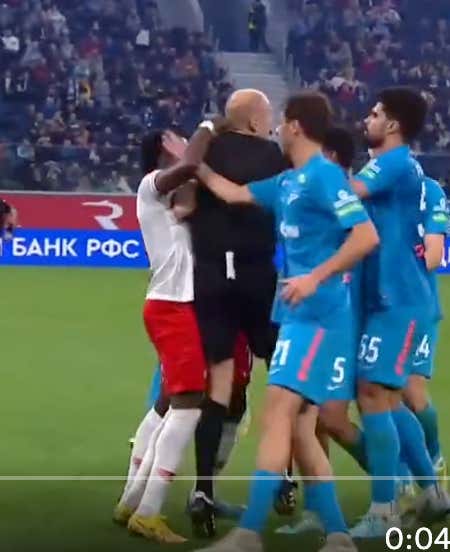 I don't feel bad for him. Refs should always get treated as such.

But what are we doing here guys. 6 red cards, a long ass delay. There was barely even a punch. You're in Russia. If there's one place that should have some decent soccer fights Russia/Eastern Europe is just that. Instead we have kicks, pulling and a couple misses. Pathetic. Learn to throw a punch fellas.

Just sums up what everyone expects in a soccer fight. Running, falling, kicks, red cards, no punches.