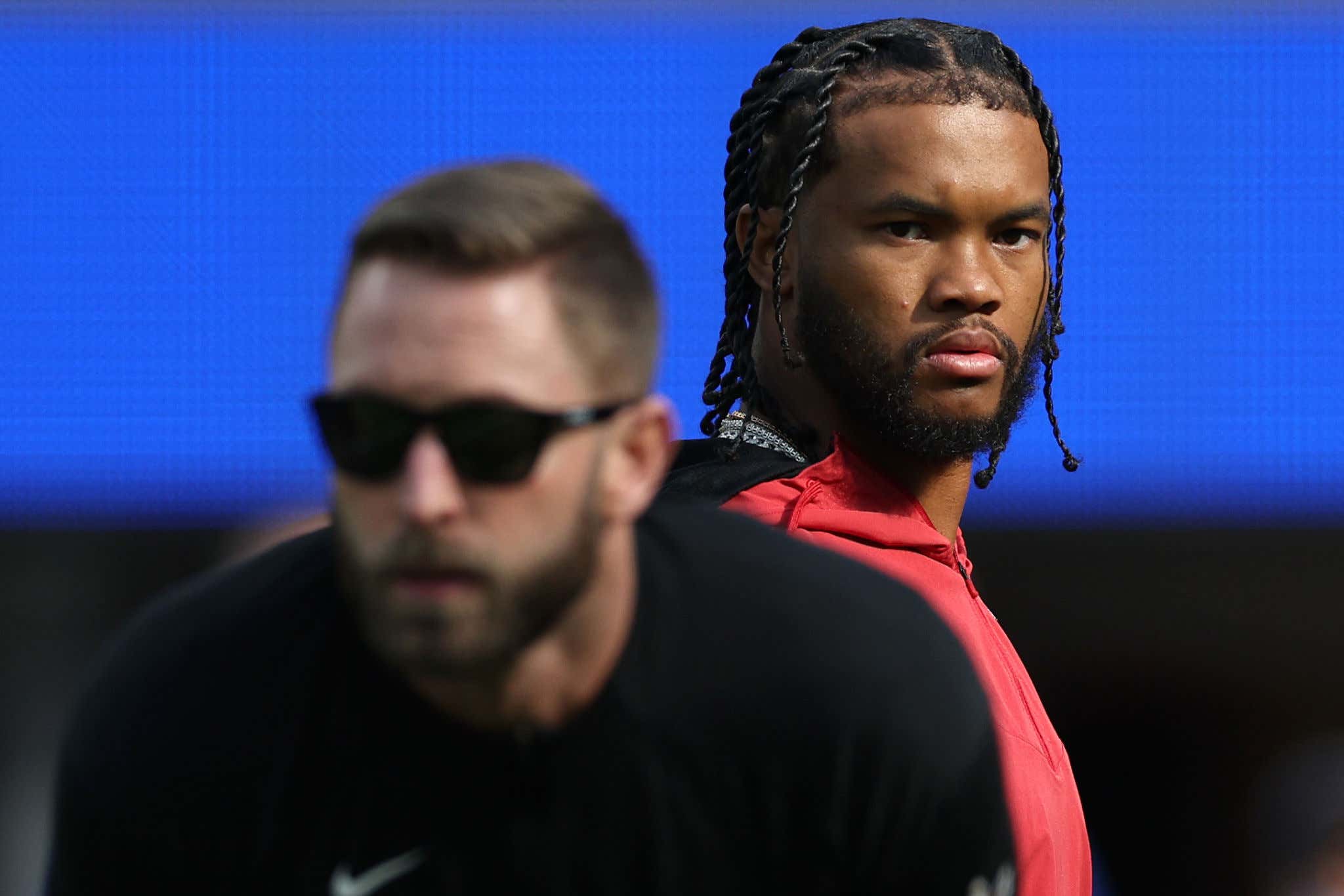 The Cardinals lost a heartbreaker at home to the Chargers today 25-24 that concluded with Justin Herbert to Austin Ekeler TD pass with 12 seconds left followed by a Herbert to Gerald Everett 2-point conversion to win it.

Earlier in the game, in the mid-2nd Quarter it was 4th & 1 and the Cardinals were going for it on their own 35-yard line. A very aggressive call from Cardinals HC Kliff Kingsbury. For 4th & 1 with almost unlimited ground before the end zone, I'm a traditionalist, I like running the football. A QB sneak up the middle is usually ideal. A run in general is almost a must. If you can block things up really well, MAYBE a playaction if you've got a big time #1 WR. But a deep shot? Umm…what?

Just a very weird design for that down and distance and Kyler Murray reacted in his post-game presser to that playcall. He did not mince words.

Benjamin Solak of The Ringer gave a great breakdown of the play to explain what Kyler was really trying to say.

Again, I'm a traditionalist, but I also understand you've got to use your QB's athleticism, to which Kyler has a ton. It was only two years ago where I called Kyler the most exciting player in football, so I can see how you want to put the ball in his hands.

That being said, the Chargers played it really well. I would've liked to see another option other than just the TE in the flat. Kyler did what he could with throwing it up to DeAndre Hopkins who wasn't able to come down with that one, but at least it had a chance. To turn things around, Kyler and Kliff Kingsbury need to have a big time Come to Jesus conversation about what works and what doesn't. If you're running plays on 4th & 1 that your QB doesn't love, you need to reevaluate how you do things.

Things have been rocky between these two this season. If you recall, it was only last month that Murray was yelling at Kingsbury to "Calm the fuck down!"

Kingsbury along with GM Steve Keim are both under contract through 2027. Kyler also recently signed a $230M deal that goes through 2028, so they have no choice but to turn this thing around.