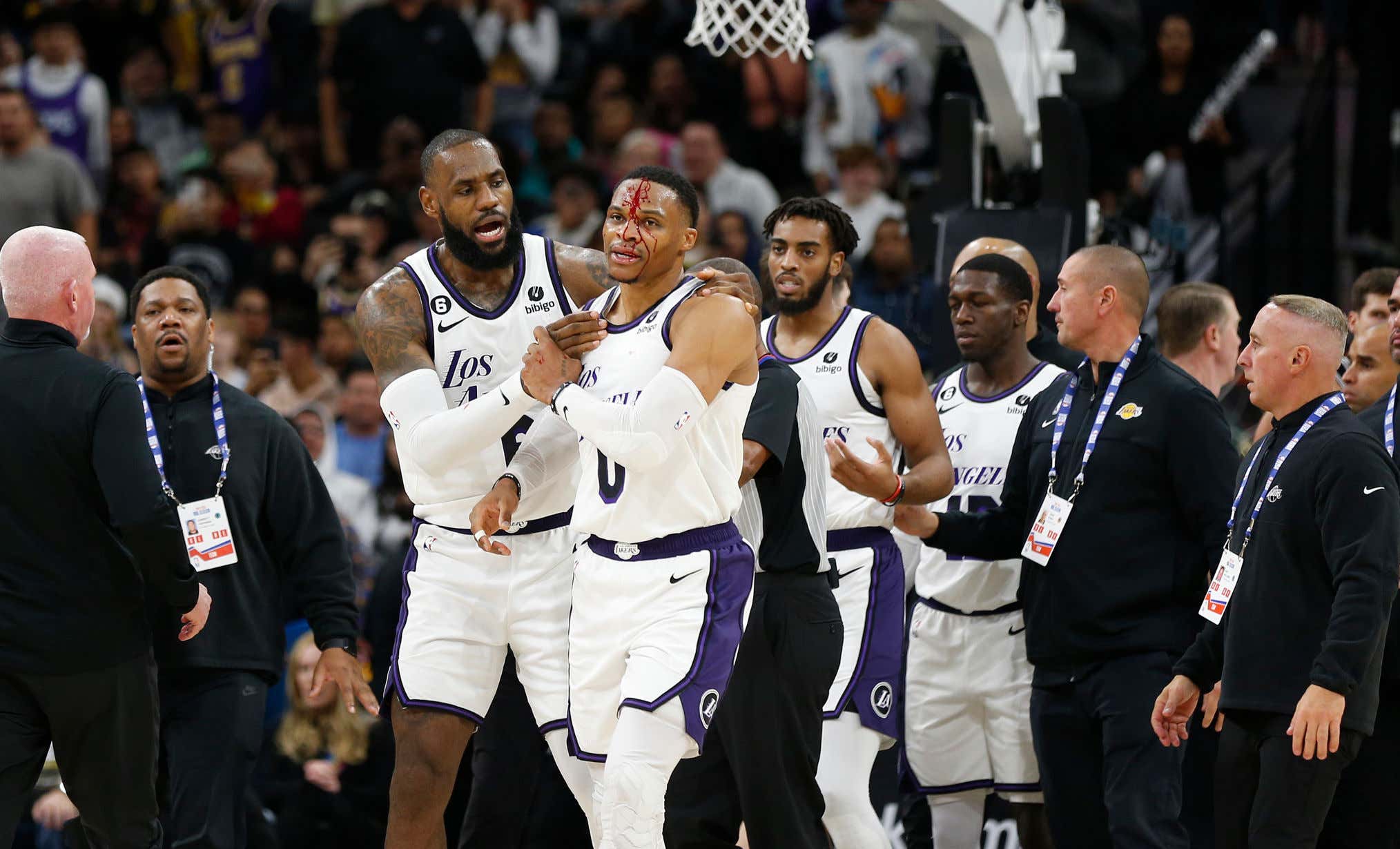 Say what you want about the now 7-11 Los Angeles Lakers, but you can't say they're not interesting. In a wild year with a new coach (Darvin Ham), a bunch of new players, including our own Patrick Beverley, and a ton of headlines.

Tonight, in their second game in two nights in San Antonio to take on the Spurs, with two minutes left in the 3rd Quarter, Russell Westbrook missed a shot near the hoop, he got his own rebound, pump faked Spurs C Zach Collins, then tried to go back up. Collins was in mid-air and made contact with Westbrook's face with his elbow. Westbrook was knocked down and shot right back up to get in Collins face.

Then the blood started pouring down.

Russ was restrained by father of three, LeBron James who went straight dad mode and got a towel and applied pressure to the wound while also calming Westbrook down. It was actually very impressive.

Zach Collins was ejected from the game and Russ was able to return in the 4th Quarter and help the Lakers to a 143-138 win. Their 7th on the season.

Finally, if you're a hoops fan, I'm sure you can respect the real ballers that play Yak Basketball. Support the fellas and Cate with 20% off, which is STILL going on!