It was a very impressive debut for BEAUTIFUL BOBBIE JO at RNR18. Despite giving up 3 inches + 25 lbs to LIL JESS it was still pure domination for her through all 3 rounds. Clearly elite athleticism and competitiveness runs in the family since her brother HEARTBREAKER is a 3rd generation pro wrestler + also (1-0) at Rough N' Rowdy.

When his wrist fully heals he'll be facing off in the future against the BMFD DYNAMITE but Bobbie Jo is going for (2-0) at RNR19 on December 9th. We didn't bring back as many repeat fighters for this event but the ones we have are STRONG. Here's her full fight from RNR18...

And if you want some more buds for your weekend bowl, our other returning fighters are:

TRAPZILLA (vs. AMERICAN REDNECK for the Super Heavyweight Title)

SMIDGE THE DOORMAN (vs. a new opponent)

NINJA (vs. MAKE IT HAPPEN for the Middleweight Title)

And the New England locals we found to fill out the rest of the card are pretty damn demented. Their matchups videos for RNR19 will start releasing on Monday so follow @RoughNRowdy on all platforms if you want to see them first.

Should be a legendary night in Providence, RI next week and there's still some chances left to win free tickets on our Twitter below…

KEEP SHOPPING 20% OFF THE BARSTOOL STORE TO ENTER 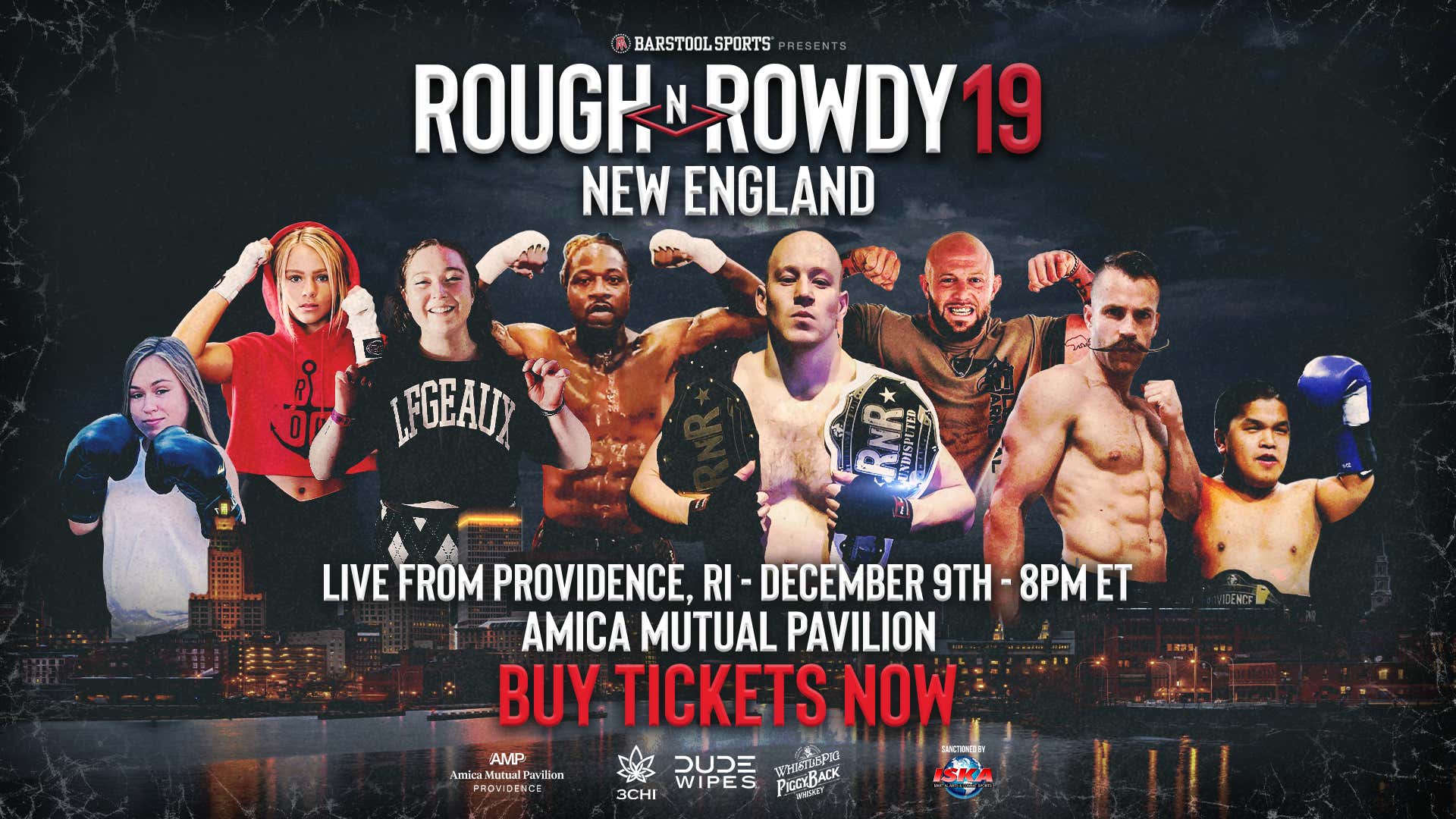