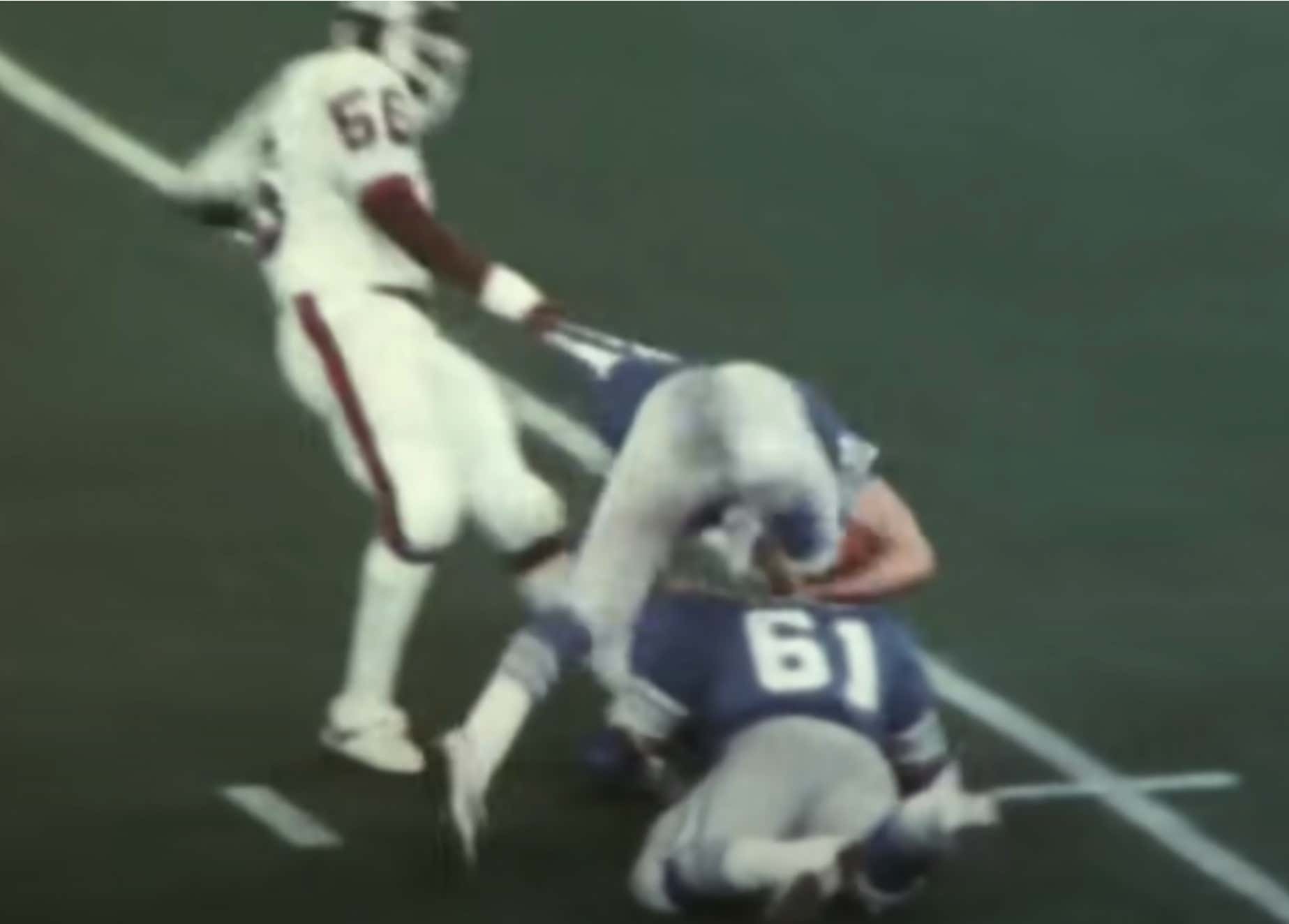 Good morning everyone and a Happy Thanksgiving to you and yours!

As is tradition, everyone's social media feeds are probably filled to the brim with Randy Moss gutting the Cowboys like a Thanksgiving turkey back in 1998 and Barry Sanders causing a bunch of defenders to visit the ER on Thanksgiving Day to fix broken ankles.

I'm not criticizing anybody posting that stuff either because watching the Cowboys get killed and Barry Sanders fuck with the laws of physics is fun. Hell, I usually blog those two things every year so Barstool has some blogs on a typical day of rest for the bloggers that aren't built different like me 😤.

HOWEVAH, I went back and watched the All Madden special that Fox ran right after John Madden passed away last year in honor of all the tributes the big guy is going to have today.

Blogger's Note: I think you can still watch the doc on ESPN+ if you haven't seen it yet. I

Anyway, they touched on all things Madden as I grinned like a kid on Christmas morning the entire time before the doc oddly ended with a wonderful suckfest of Lawrence Taylor since LT was pretty much the epitome of what it means to be an All-Madden player, with his Thanksgiving Day performance being Exhibits A-Z why as John Madden and Pat Summerall beautifully announced the entire thing.

Here's the Sparknotes for people that don't want to watch the 4 minute breakdown on YouTube, which is much better imho.

TL;DW because all our attention spans have been destroyed by social media - LT was hurt, played a half of football, and still hand delivered the Giants the win. As a defensive player. Absolutely absurd. Oh yeah and the one handed throw down sack at the top of the blog along with the Pick 6 to win the game are two of the best defensive highlights you'll see, along with these.

What's the point of this blog? I'm not sure. I guess to raise more awareness about the commonly acknowledged greatest defensive player in NFL history to the Zoomers at your Turkey Day table, get extra hyped for today's John Madden tributes, and maybe give the few Giants that were actually healthy enough to play today some good juju in Dallas as 10 point underdogs on the Barstool Sportsbook.

Speaking of the Sportsbook, make sure to responsibly bet the Big Gobble on the Barstool Sportsbook today since rooting for a ton of points while eating a ton of food is as American as Thanksgiving itself.

I guess the real point of this blog was to make sure I don't get yelled at by Dave for not promoting stuff Thanksgiving weekend, which has become as much a tradition here at Barstool for some employees (cough cough Large) as turkey on the table.