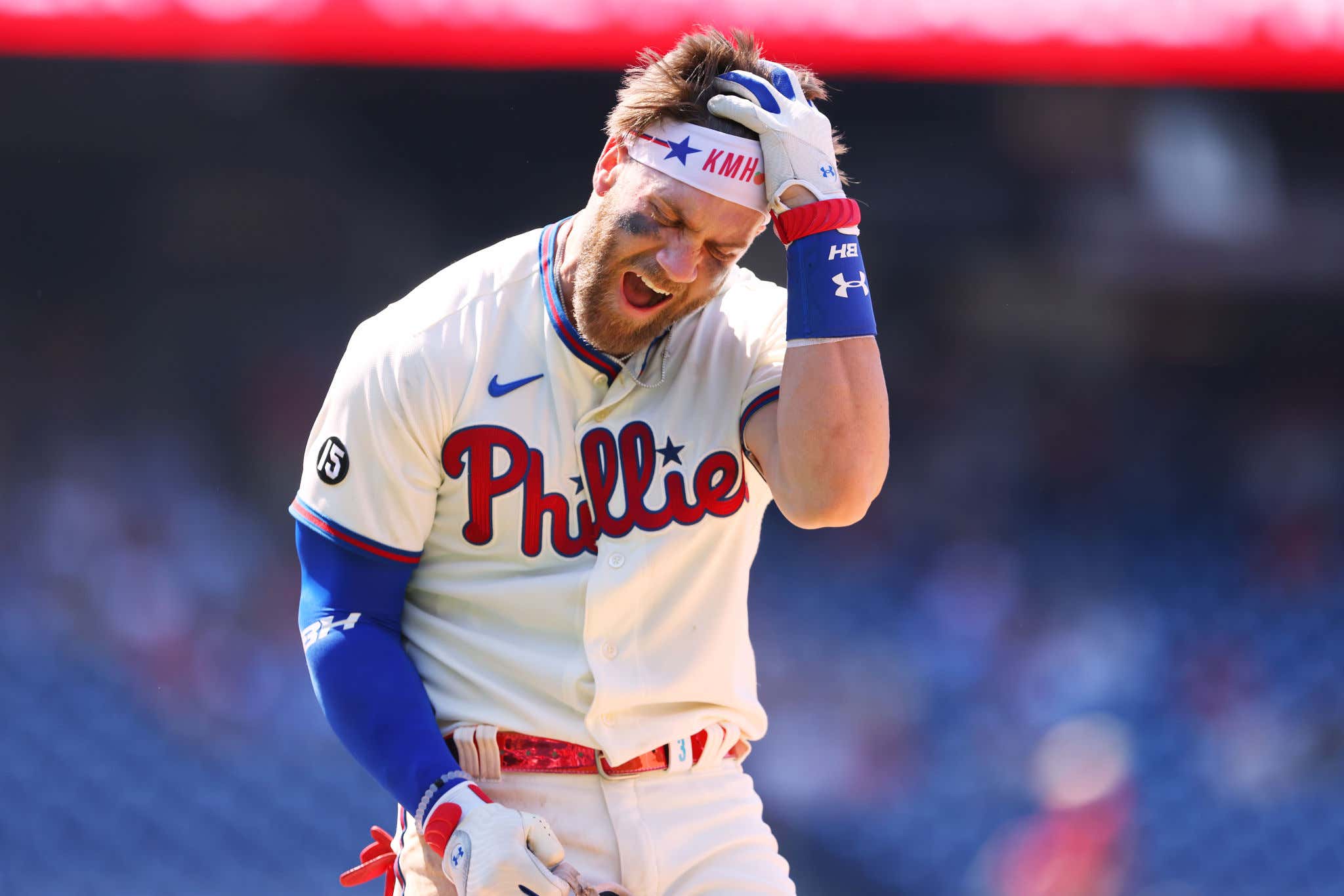 I feel like it's pretty slept on that without the installment of the universal DH in 2022, Bryce Harper doesn't play baseball from May on for the Phillies. In all likelihood the Phillies don't make their insane World Series run without their star being allowed to DH.

Why is that? Because Harper played most of the season with a partially torn UCL in his elbow. The injury prevented him from playing the field, but still allowed him to swing the bat, and boy did his swing that ol' piece of wood. Turns out Manfred and his goons are good for something.

Well now with the offseason arriving that means Harper has to address the tear in his UCL. As much as they'd love to have him for another full season, you can't have your 30 year old super star clog up the DH spot until 2031. The surgery will sideline him for what looks like the first half of the 2023 season. Worse things? Just like Ohtani did, Harper will be able to hit and DH while rehabbing, hoping to get back in the field by the end of the season.

Now with Harper sidelined for the first half of the year does that mean Philly becomes extra aggressive in the free agent market to try and withstand his absence? Guys like Xander Bogaerts and Trea Turner have been linked to them. I don't see them going after coveted corner outfielder Yoshida Masataka because what do you do when Harper comes back? Feels like they just roll with Castellanos out there for the time being until Bryce is back. Maybe you call up a prospect or sign a defense first guy if you don't wanna deal with Castellanos' glove for most of the 162 games. Who knows, Dave Dombrowski is a lunatic and is constantly looking to add. I think they add a big piece somewhere, whether it's a SP or a SS.

Quick aside to end the blog: Has a surgery like this ever gone unsuccessful? What would that entail? I guess something like the Chargers doctor stabbing Tyrod Taylor in his lungs. Just keep that guy away from all operations and procedures moving forward.