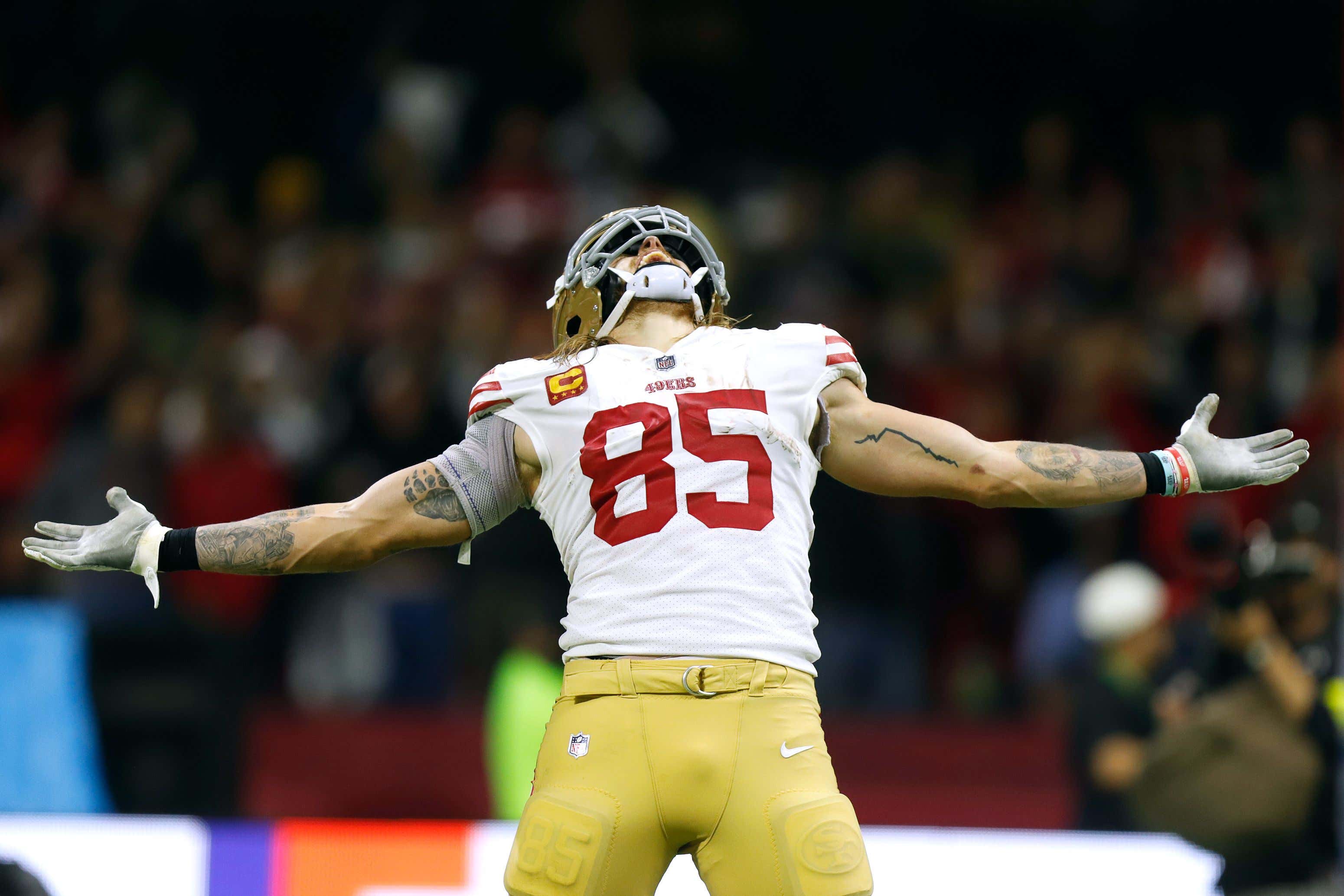 In The Show Fantasy League, it's an absolute dogfight both at the very top and for the #6 overall seed, which is the last ticket into the playoffs. Going into the week, Hosmer was in the #7 spot looking for a miracle. He was playing the #2 overall seed who also led the league in points scored, Mike Moustakas. Moose has a WAGON of a team led by Lamar Jackson, Tyreek Hill (who was on a bye) Justin Jefferson, both Cowboys RBs, and Alvin Kamara. 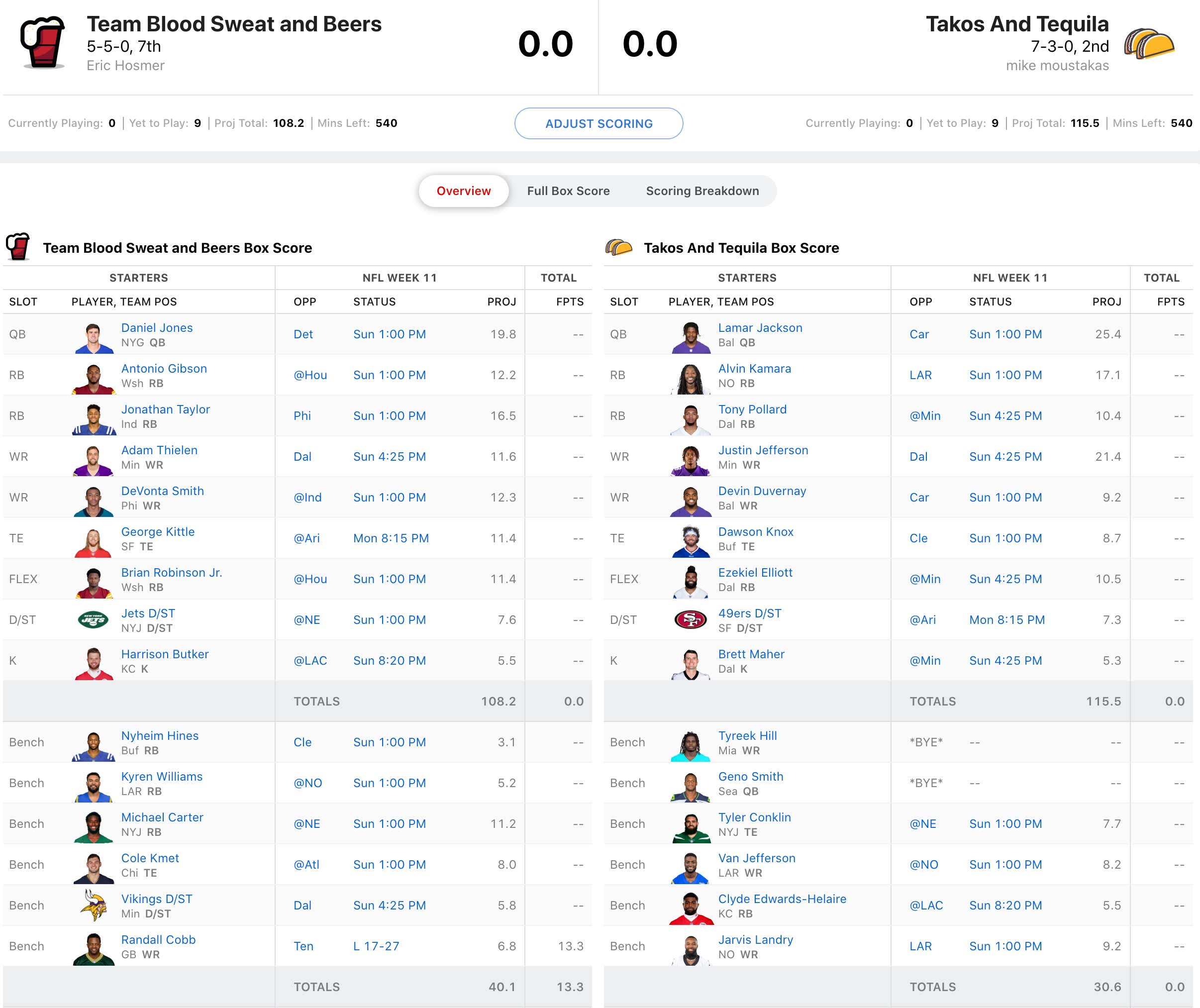 Going into Monday Night, things looked bleak, but George Kittle went nuts on Monday Night in Mexico City going for 84 yards on 4 catches with 2, including this last one to put him Hosmer over the top, for scores.

That touchdown completely swung the result fo the game and landed Hosmer the unlikely win. 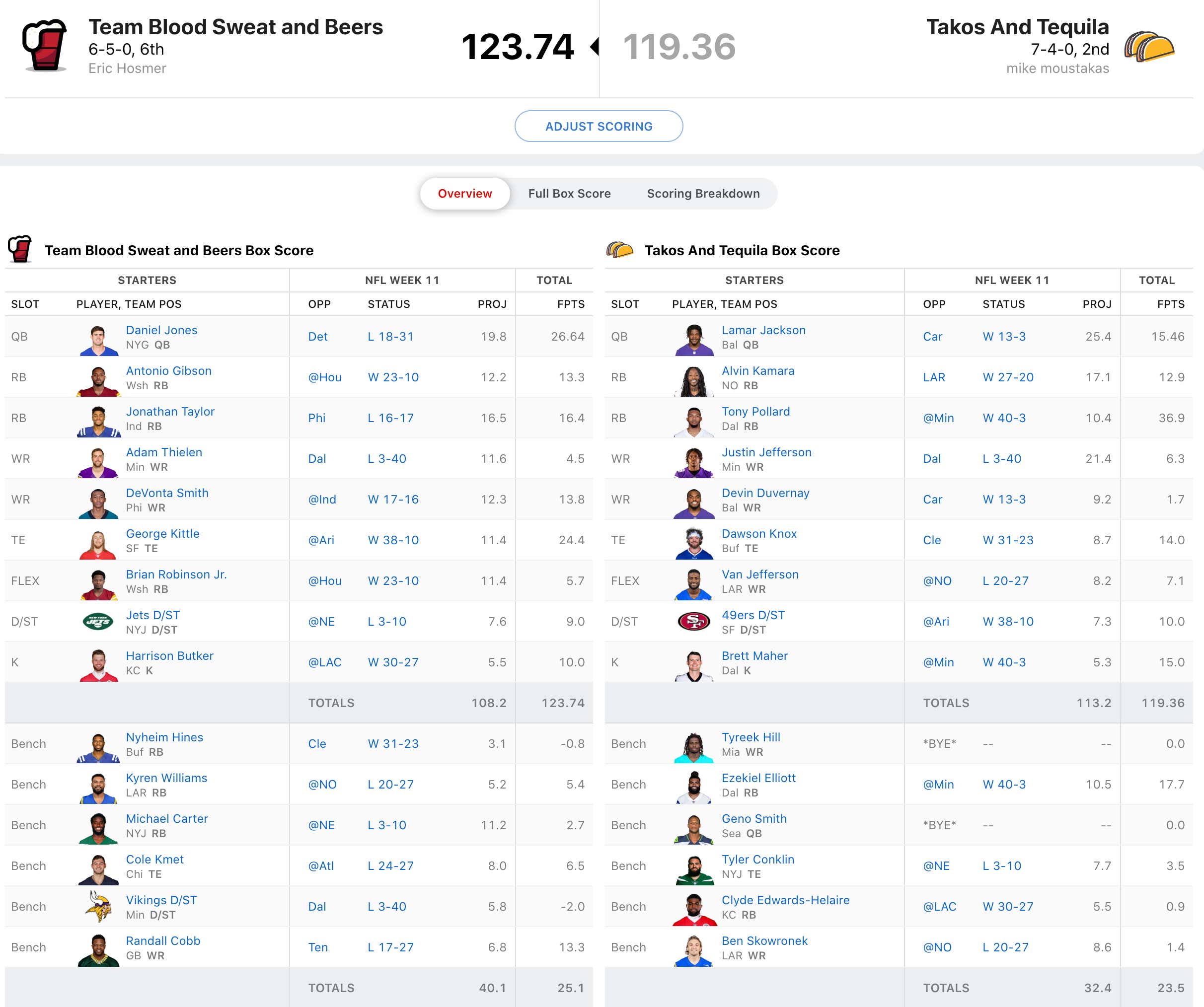 The win vaults Hosmer directly into the playoff picture where he is currently the coveted #6 seed. Other action from around The Show included Wil Myers establishing his squad as the team to beat vs. Jake Marisnick, Mike Trout staying alive in the playoff hunt with a big win against Dave Portnoy, Shane Bieber/Austin Hedges getting a huge win to firmly entrench themselves in the playoffs (barring a collapse), Manny Machado with a big win over the last place Alex Bregman, and the trio of Joc Pederson/Austin Barnes/Alex Wood staving off elimination by defeating the duo of Christian Yelich/Jace Peterson.

Here are the official standings going into Week 12: 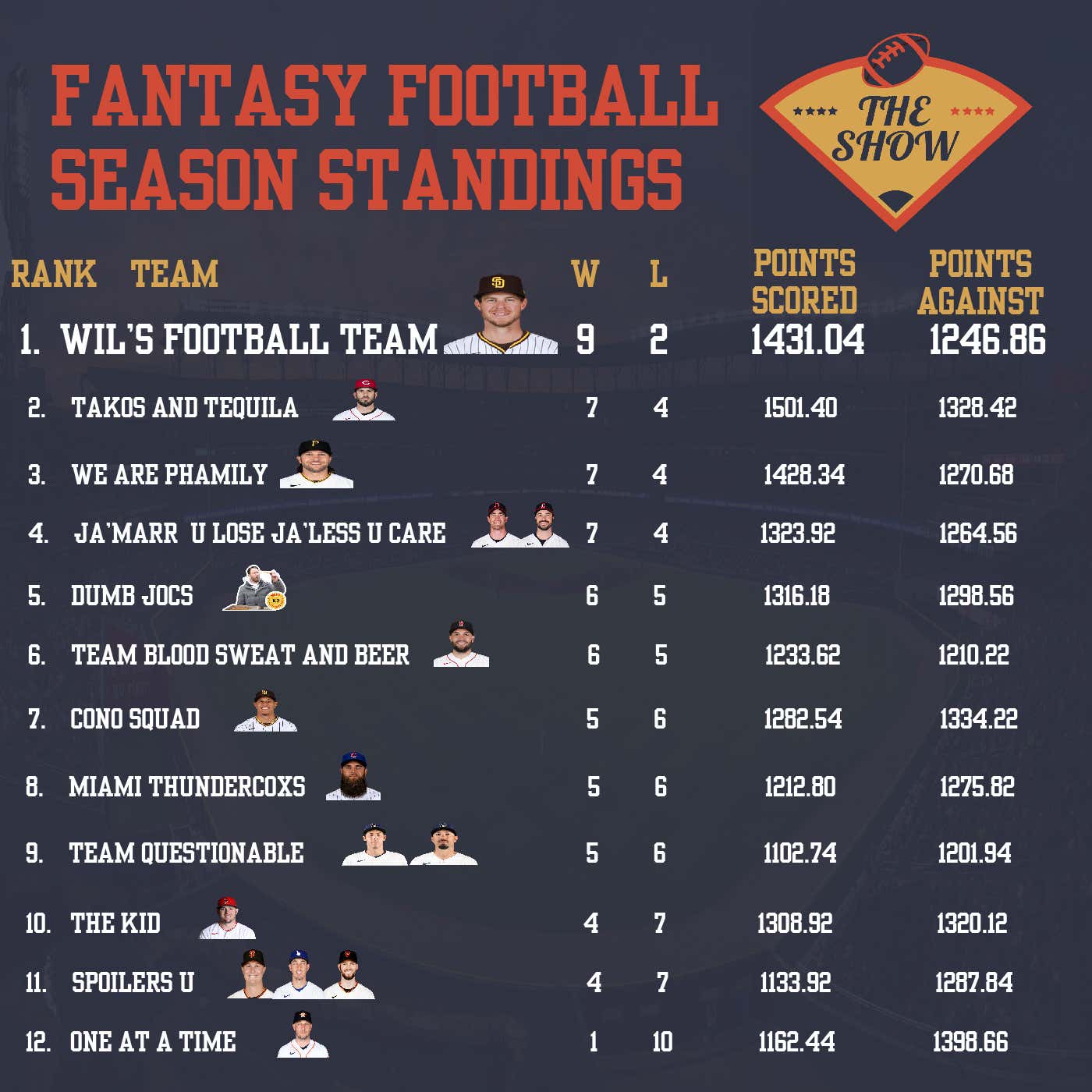