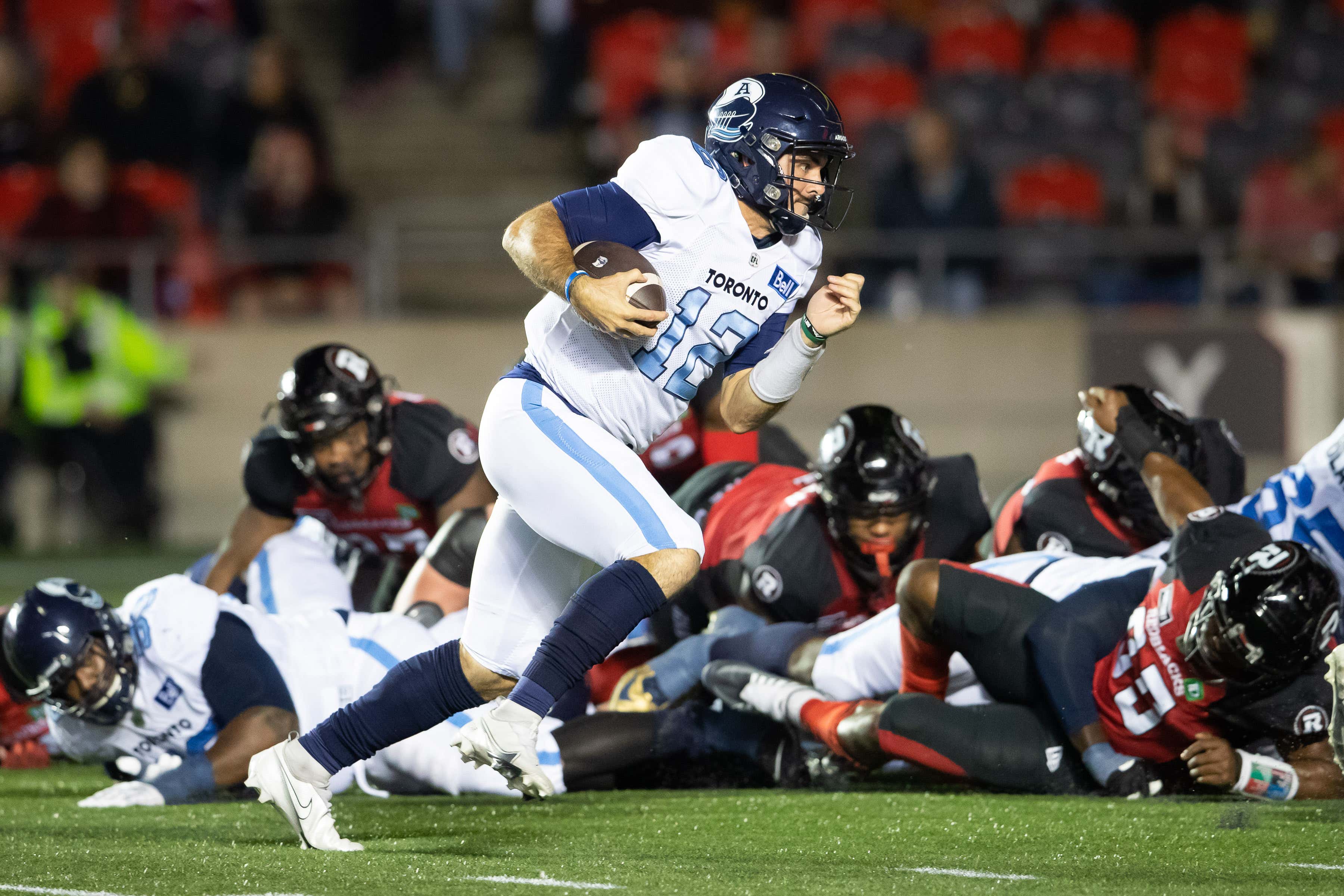 On today's Pardon My Take… CHAD KELLY. "Swag" joined Mr. Cat and Mr. Commenter for the weekly "One Question With A Quarterback" segment to discuss his recent Grey Cup title with the Toronto Argonauts and some other topics.

As we went around the room, Mr. Commenter threw out an interesting question to the Ole Miss product. How much better does Kelly think he is than some of the current quarterbacks in the NFL? The answer was interesting. Take a look:

Mr. Commenter: Swag, big fan. PFT Commenter, Pardon My Take. How many quarterbacks in the NFL right now do you think that you could start over?

Mr. Commenter: I was going to say higher, but you're a modest guy.

Chad Kelly: That's what it is. This is what I think: obviously there's a lot of off the field stuff, right? We all know about it, it's all been publicized. You know, you stick a camera in a kid's face at 8 years old and give him his own day, you know, that's predominately what's going to happen is that the light is going to shine a little brighter when it's good or bad, right? But I think people mistaken my on the field capabilities of thinking clearly, right? Because they see that I do some dumb things off the field.

Chad Kelly: So, I think that with my saying 50 percent, I feel like I know the game a lot more than a lot of people because I started at such a young age and that's all I knew. In order to, you know, make it in life, I thought it was just to play in the NFL, really not even play in college. It was to play for the Buffalo Bills or someone. That was the main focus my whole life.

What do you think of Chad Kelly's assessment here? Could he start over half of the QB's in the NFL right now? He certainly has some good tape to show from his performance over the weekend. Maybe we will see him in the league once again after all.