Source - Here's a painful lesson for all stage invaders ... the Black Crowes do not find you "Hard to Handle" -- not when they've got guitars and mic stands to beat you down!!!

This scene went down Sunday during the rock band's Melbourne, Australia concert -- as they started playing "Stare It Cold," one rowdy fan looked like he instead wanted them to play "Twice As Hard" ... 'cause that's what he got.

The guy jumped up from the front row and sprinted in front of lead singer Chris Robinson as security chased him to a corner of the stage.

You know...as far as stage crashing goes, that's not that bad. Like yes, he took a mic stand to the chest and a guitar to the neck, but he also got away. Which I guess is a testament to how awful the security is at a Black Crows concert. I mean the band had to literally stop the show to help get him off stage. Granted the guy was a portly fella but still, you'd think it wouldn't come to THIS... 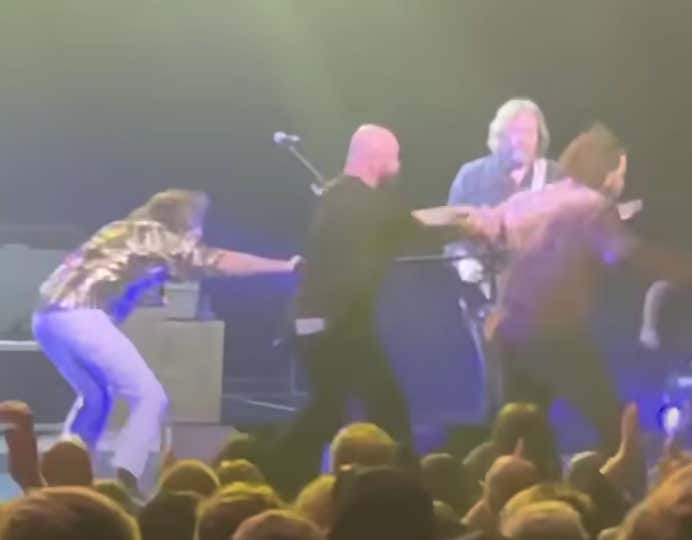 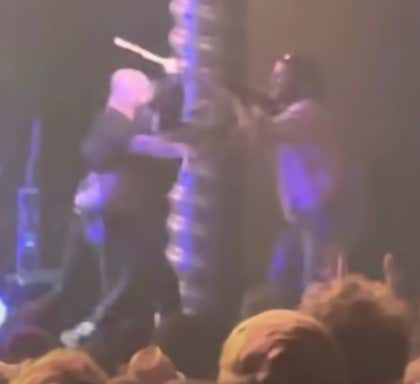 or him making a completely clean get away like this…

Oh well. There's a zero chance he remembers any of this considering he was most likely blacked out. If not at the concert then definitely when he bought the tickets. Who goes to a Black Crows show? Anyway, here's some wholesome stage crashing content to the end blog. Have a great rest of the day….