Warning: if you dont think you can handle big boy conversations and world cup predictions please exit internet explorer immediately. This is a blog for grown ups who can handle the written equivilant of taking a shot of drano so if your going to complain there's the door. No one will miss you.

PFT Commenter here live on the ground in beautful, scandal-free Qatar at the World Cup-and as a fùtbol guy here is your 2022 World Cup Preview brought to you by Stella Blue Coffee. I am a little delirious as Ive just checked into my apartment where I will be sharing a room with Donnie and Michael Angelo but I noticed that alot of people had alot of questions about this world cup so I wanted to be helpful and give you all a preview of the greatest tournament in the world, hosted by our good friends and neighbors Qatar 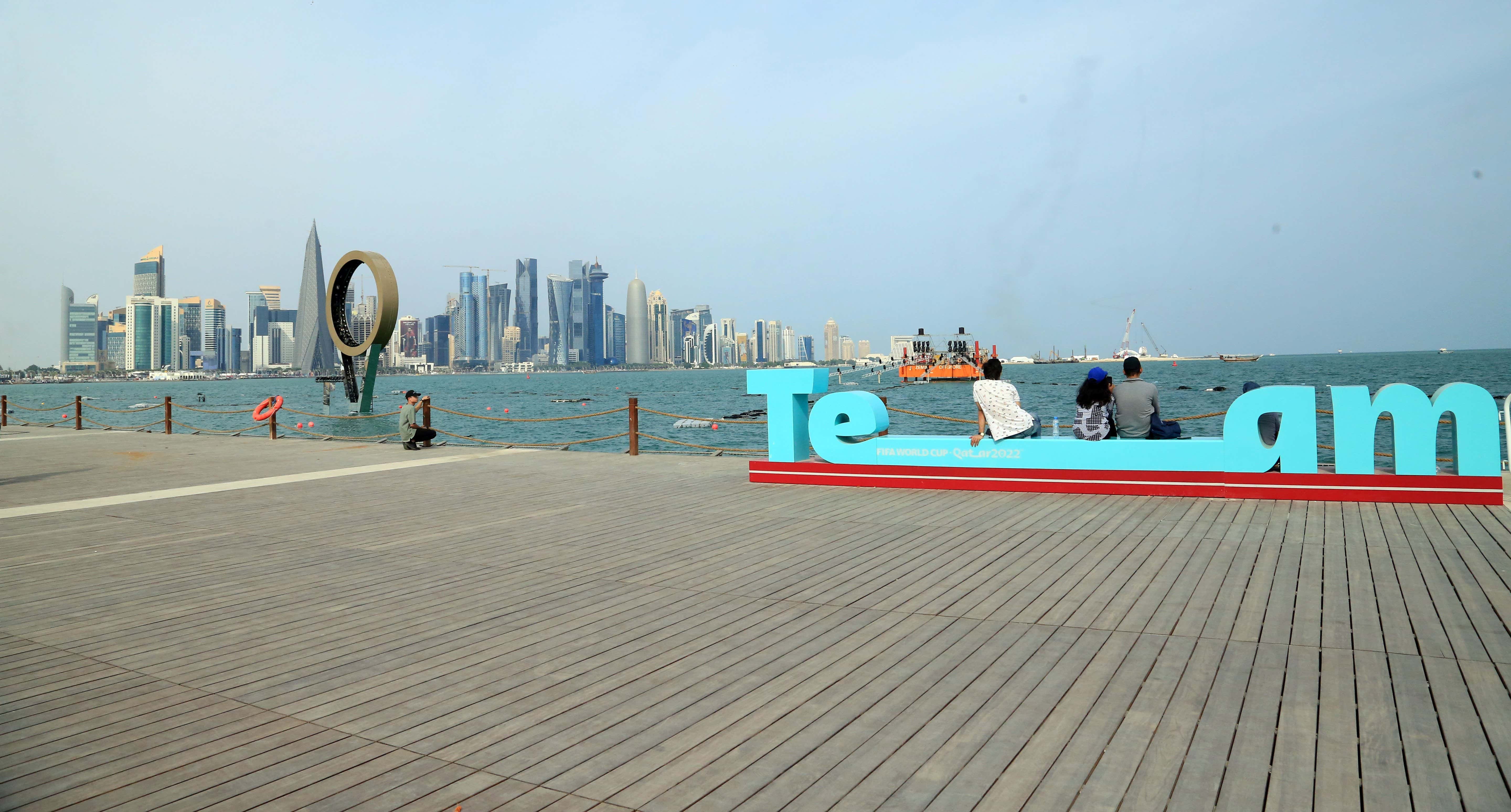 If you’re like me you typically learn most georgraphy by either watching the world cup or when the US invades another country, so I would like to take all the knowledge I gained from the former and pass it to you while hopefully avoiding the latter. Located South of Mesopotamia and east of the unforgiving packed-sand desert of Saudi Arabia, Qatar is literally between Iraq and a hard place. It is a tiny country in the Middle East that has the worlds 4th largest oil field because I guess it was a trendy place for dinosaurs to hang out a hundred millions years ago. But I would caution you all to recognize that just because theres a giant Jurrassic graveyard underneath our feet there is no proof that they all died here, in fact they were mostly all from nepal and pakistan and were free to go back home any time they wanted so lets not play the blame game but we thank them for their contributions to this building this nation, and giving life to this world cup. Qatar is about 40 times smaller than California but way way richer, and has a singlular focus on oil, sports, and making sure women didnt drive in the 80s-  its like a country made out of Connecticut if W and Laura Bush moved there after Yale.

It became its own country in 1971, gaining independence from the UK after getting lost in paperwork from not following the “u” after “q” rule and from that point on it has been on the fast track to being the cool middle eastern friend country that can chill with all the different friend groups from your Wabbahists in Saudi Arabia to your Sunnis and Shiites, and even squeeze in some time for a brunch with a Sarkozi. Qatar has been at the forefront of progress in the Middle East, giving women the right to vote at the peak of the Total Request Live era, and setting the standard in terms of how to always not really piss anyone off bad enough to ever make anyone want to do anything about it.

Since receiving the bid in 2010, Qatar has essentially built an entire country out of nothing but determination, grit, and $220 billion dollars, or four twitters. Now they are on the world stage and they are answering the call in a major major way. If Emir Tamim bin Hamad Al Thani is reading this I just want you to know what a fantastic job everyone has done. Espeically the Supreme Committee for Delivery and Legacy. Well done all around gang. 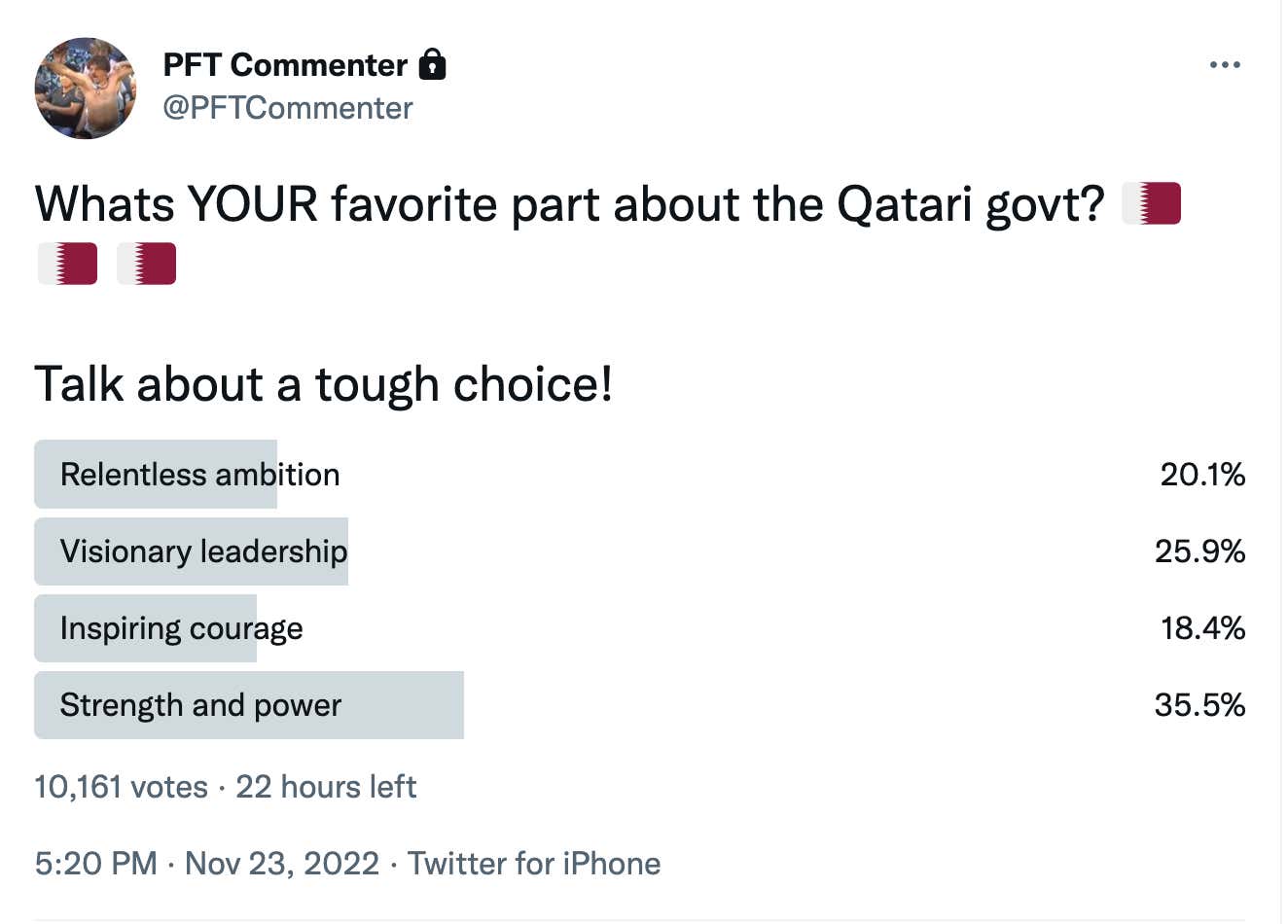 Why did Qatar get the World Cup?

The FIFA world cup committee awarded the 2022 World Cup to Qatar because of its fantastic leadership, and besides its weather and infrastructure its simply a natural fit as a host country.

There has been alot made about some of the perceived drawbacks of having the world cup in Qatar, such as the fact that they dont sell alcohol in most places. I always looked as beer sales in sports stadiums as a tax on the rich or stupid anyways. You gota know how to get resourceful and sneak all that stuff in on your own anyways and if you dont then you deserve to pay a premium. Every bottle of pants beer is a might F you to the billionaire class. Theres also the human rights aspect, since In America we support gay rights and marriage as far back as 7 years ago. And folks, when I heard the world cup was being hosted in a play where sodomy is illegal, its 120 degrees in the summertime, and all the guys are covered head to toe in white robes I thought great, Ive never been to Tuscaloosa before! 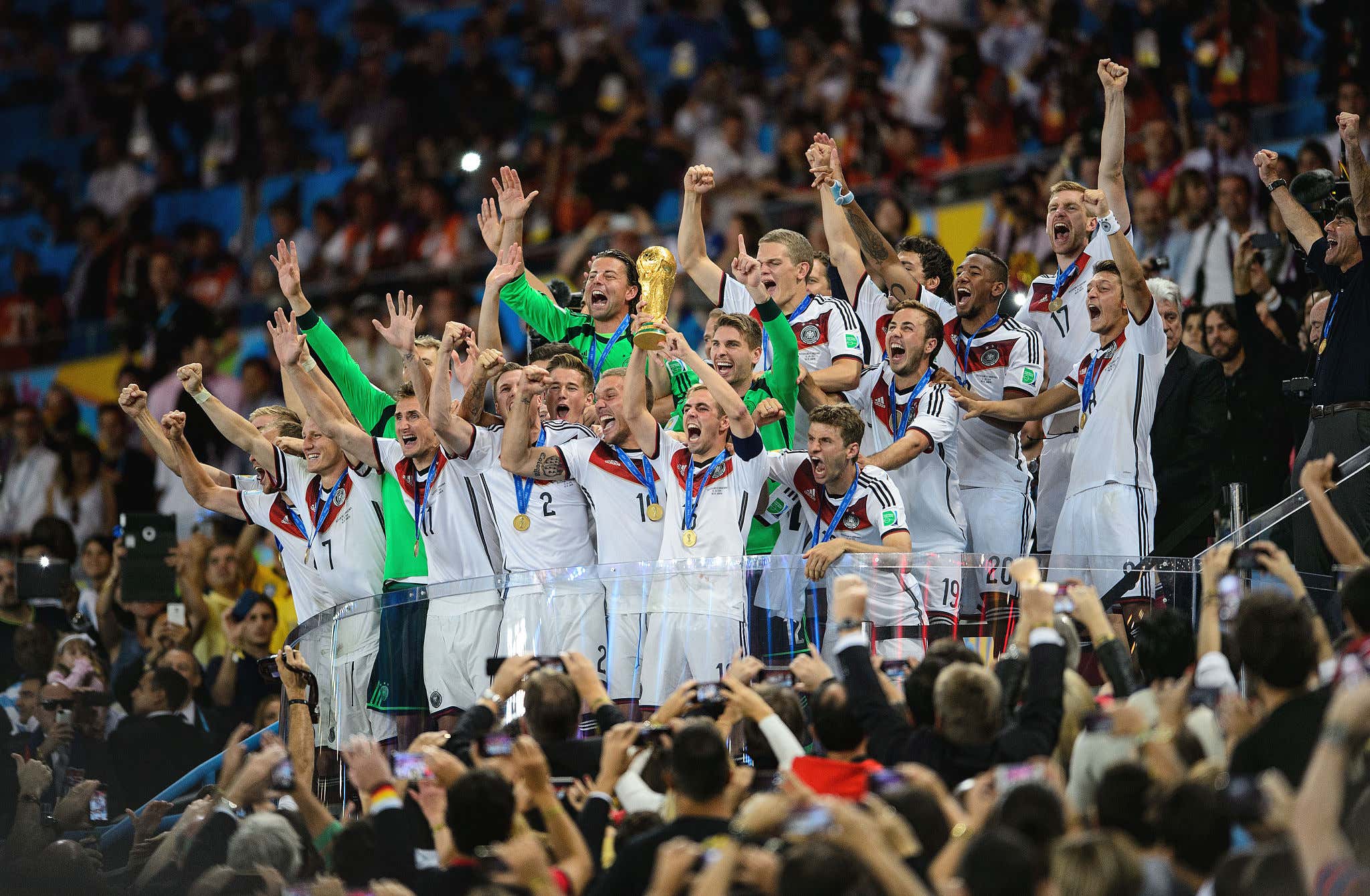 According to Taylor Twellman on Pardon My Take, Germany rarely shoots themselves in the foot I guess they historically aim higher. The Germans are nicknamed Die Manschafft which literaly translates to Lorena Bobbit. Germany won the whole deal in 2014 and wouldnt yo uknow it, have a very strong youth training program. No word yet on if the wokes at fifa will allow them to wear their countrys "traditional" armbands but lets hope not. 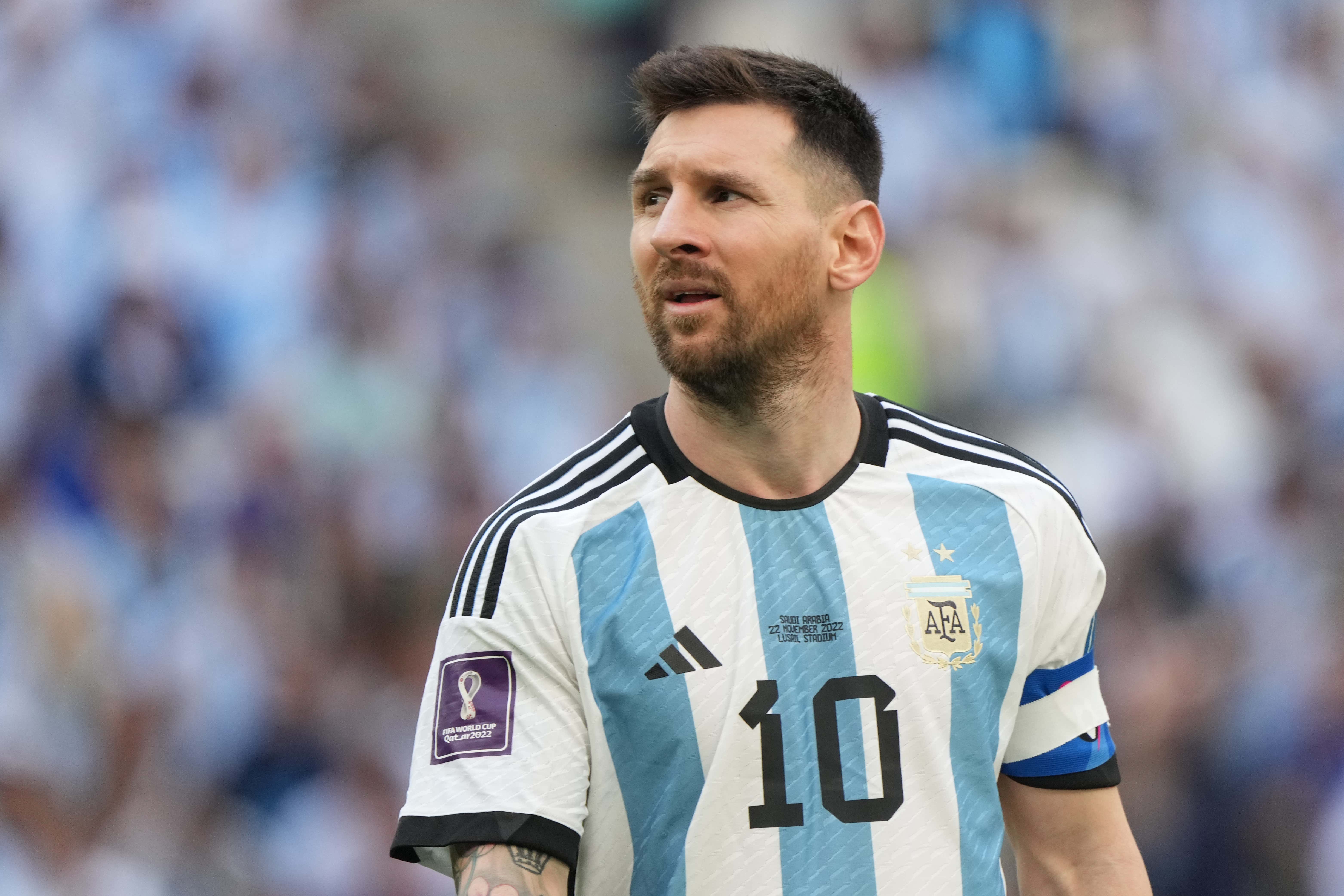 In a touching tribute to recently deceased national hero Diego Maradona, Argentina is wearing their kits with the white lines on them. Maradona is considered by some (me) to be the greatest soccer player to ever strap anything on (looking at you fat Ronaldo), as he was named best played of the 1900’s, and did everything Messi does except he was shorter, fatter, and on enough cocaine to euthanize Secretariat. Also Maradona was perhaps the best cheater of alltime, scoring a goal vs England in the 1986 semi-finals by using Gods Hand, putting a thousand year old guys fist up their ass illegally which probably resulted in Prince Andrew doing the Cam Newton “ok lets go” face. 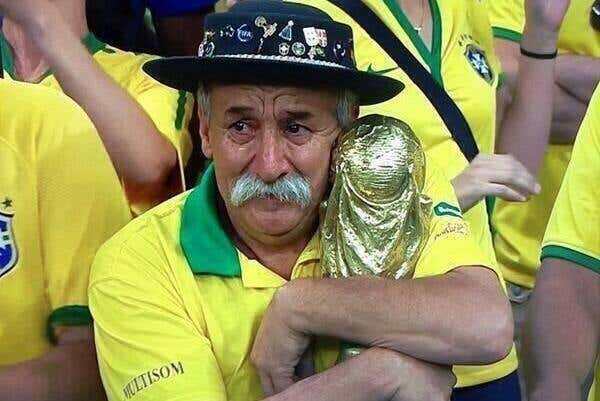 Brazil is alot of fun to watch if you like to see guys doing constant impressions of that festival in England where they chase cheese wheels down a wet hill. If Neymar was a thoroughbred clydedale he would get euthanized on the field 3 times a game with his embellished injuries, but fortunately for him given his small stature and sore throat from whining- hes just a little hoarse. 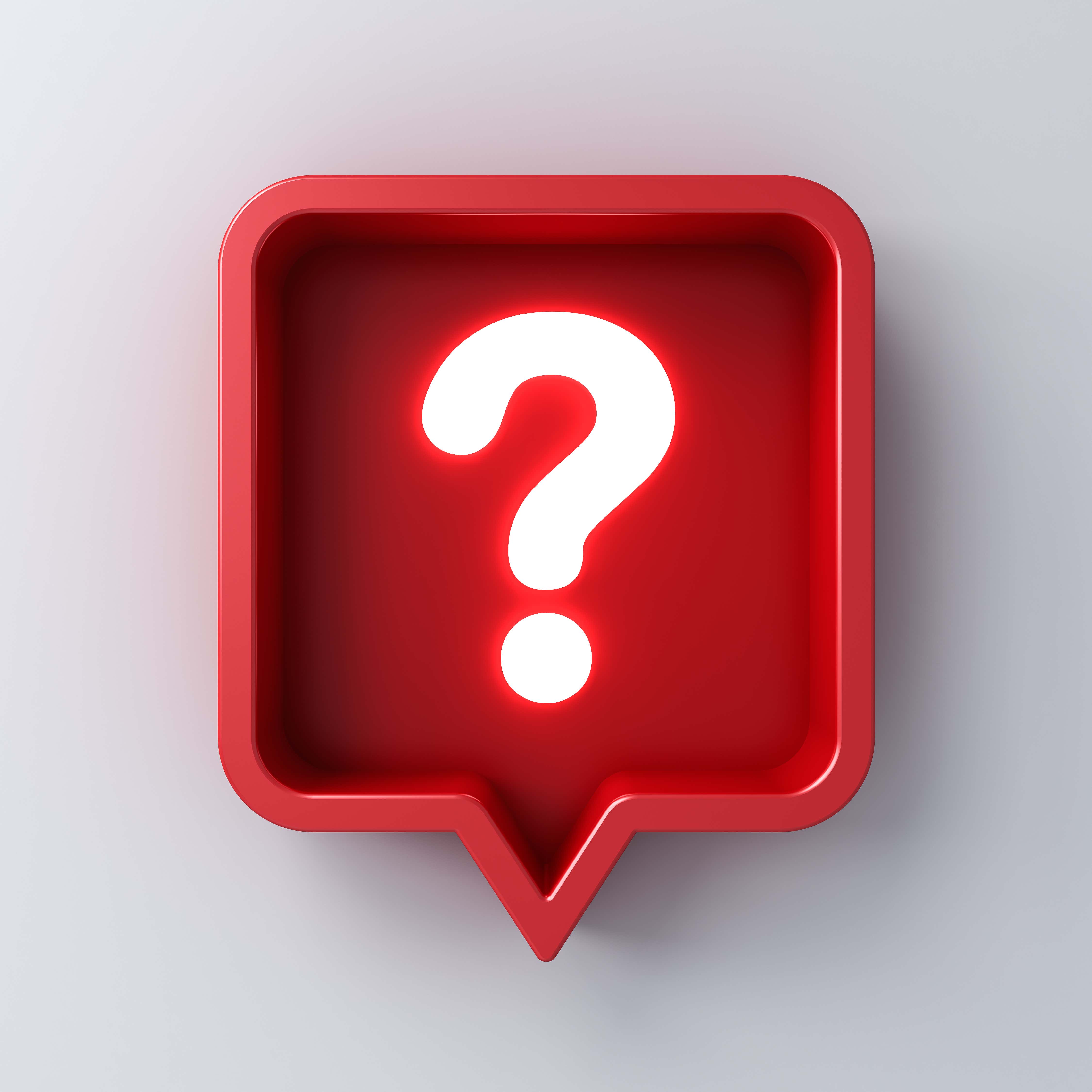 What is Belgium anyways? Why arent they France? Well, I’m glad you asked- Belgium only exists because France wanted a territory to its north that was an easier target for invasion than it was in the hopes that adversaries would get tired running through it too fast. Ive never really trusted Belgium to begin with. How is a entire country based off chocolate, waffles, and beer always so skinny? Belgium aka Deluxemburg is maybe the best compact on the market today. If you cant get a full-sized you could do alot worse than Belgium whose best features include “mayonaise” and “being close to amsterdam”, while suffering none of the drawbacks. Belgium is the Beto O’Rourke of soccer teams. Just wait, cuz on paper in four years we got this. 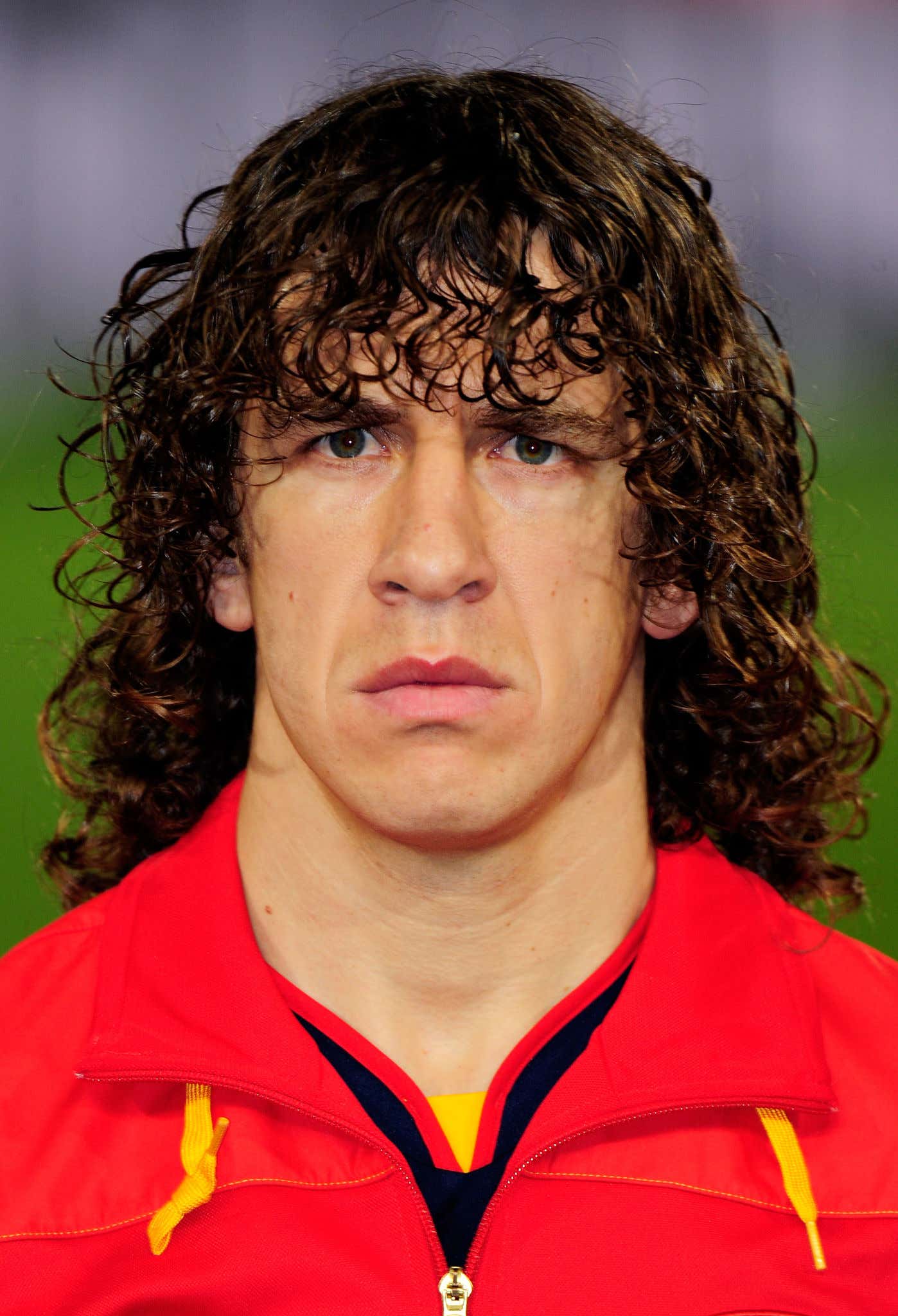 Much like their favorite style of food, Spain’s soccer tactic is to just pass tiny amounts back and forth for 90 minutes and then everyone leaves unfufilled. For some reason they are always amongst the wettest teams, just constantly dripping wet like theyve been cuaght in El Nino, but they are very boring or in other words- on the plain. 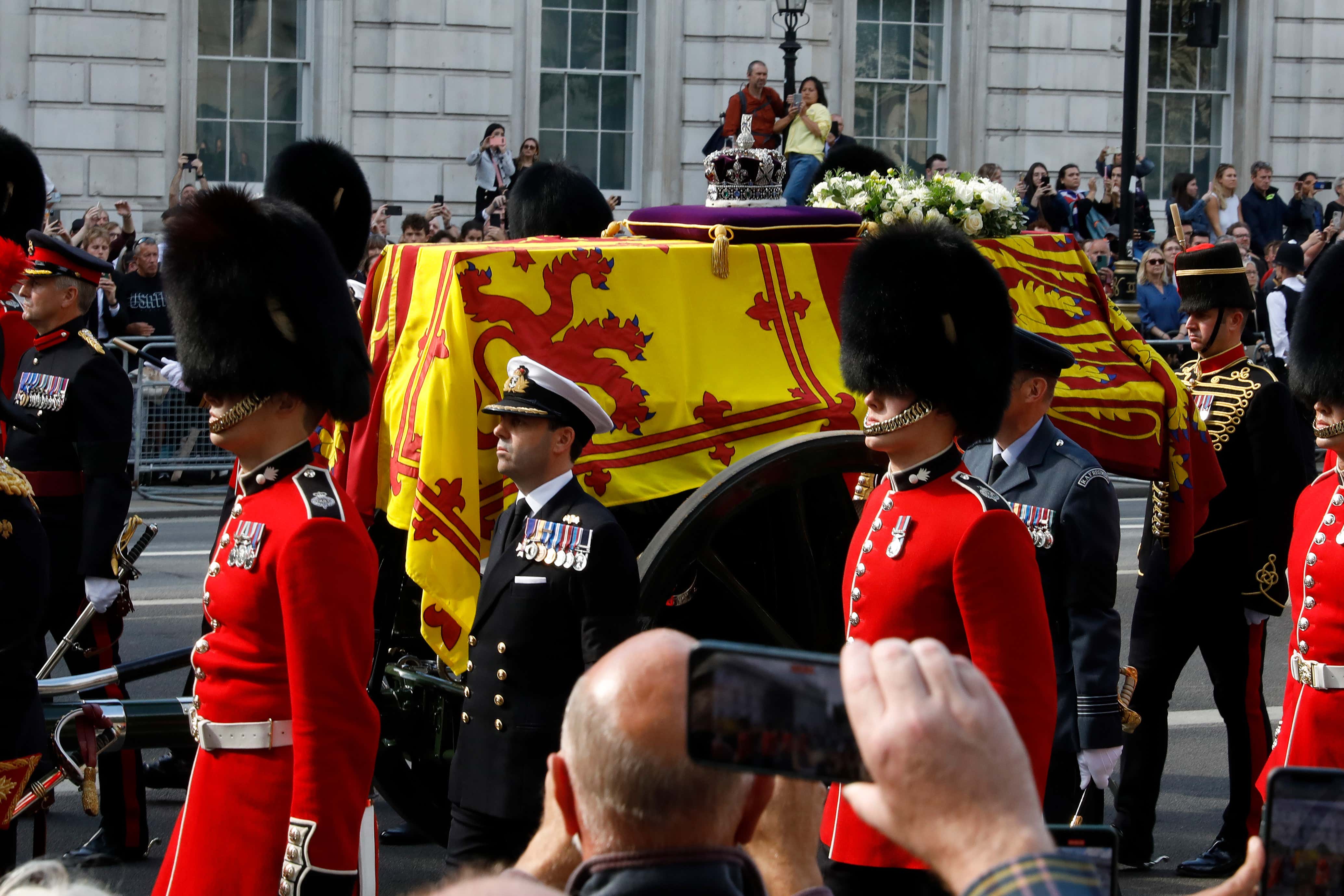 Its coming home. Dead mascott game. Its a good thing Lizzy’s in a box because thats the only spot on the field that Harry Kane could ever score her from. The second I heard Queen Elizabeth died I thought this could mean team of destiny vibes from England and put down a bunch of money immediately, but on the other hand America got its mascot back this week- Will Compton and if theres one guy I think could motivate our boys to beat Lizzy up in heaven its a guy who specilizes in Air Monarchs of his own. 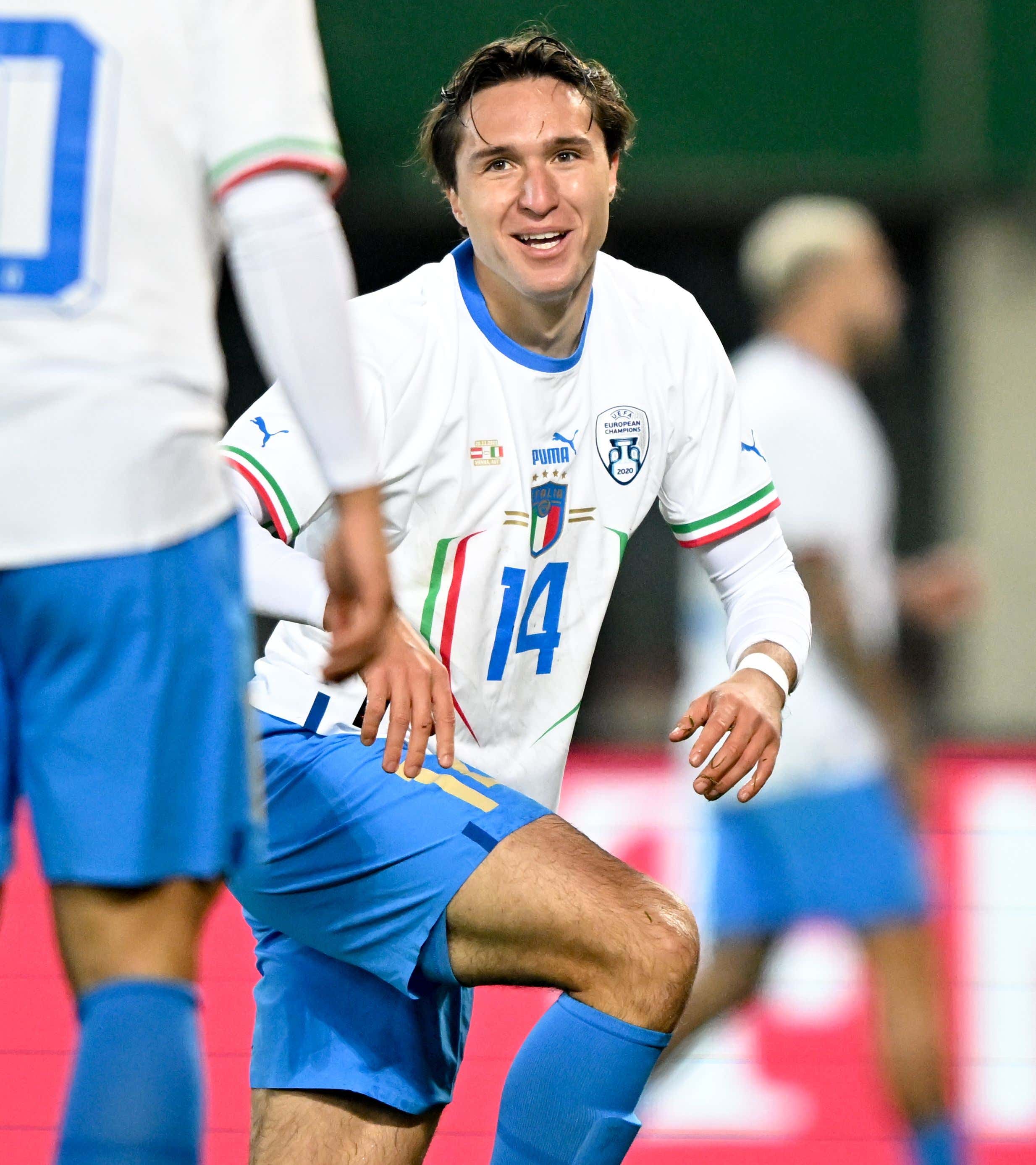 I truly think Italy has the most talent of any team in the world cup this year. Chiesa, Buffon, Bunnobuffo the list goes on. Italy is dialed in and I find it hard to envision them losing. 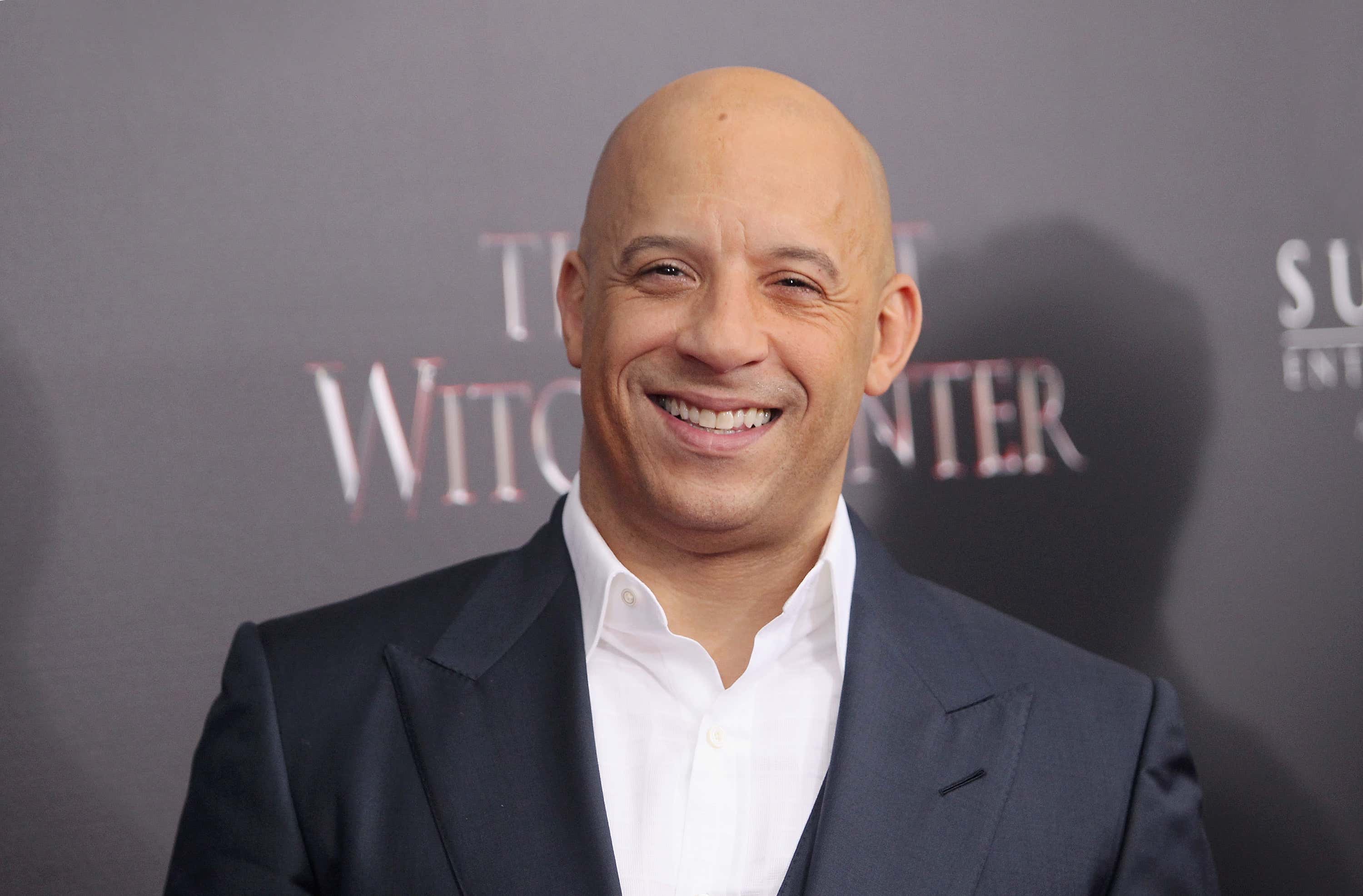 This young group of players, Id really like to see them dedicate themselves like the old USA teams would. Play hard-nosed defense. I just dont see them wanting it as much as teams from the mid-90s did. Hah, its cute that these new guys are getting recognition, but those old teams had heart, and quite frankly I’m not seeing it from this group as much as I saw it back when guys like Alexi Lalas played.

I want to throw Alexi Lalas through a stained-glass window and have all the multi-colored pieces of glass get stuck in over his face and then bury him up to his neck in an termite mound made out of anthrax. This guy sucks big time. 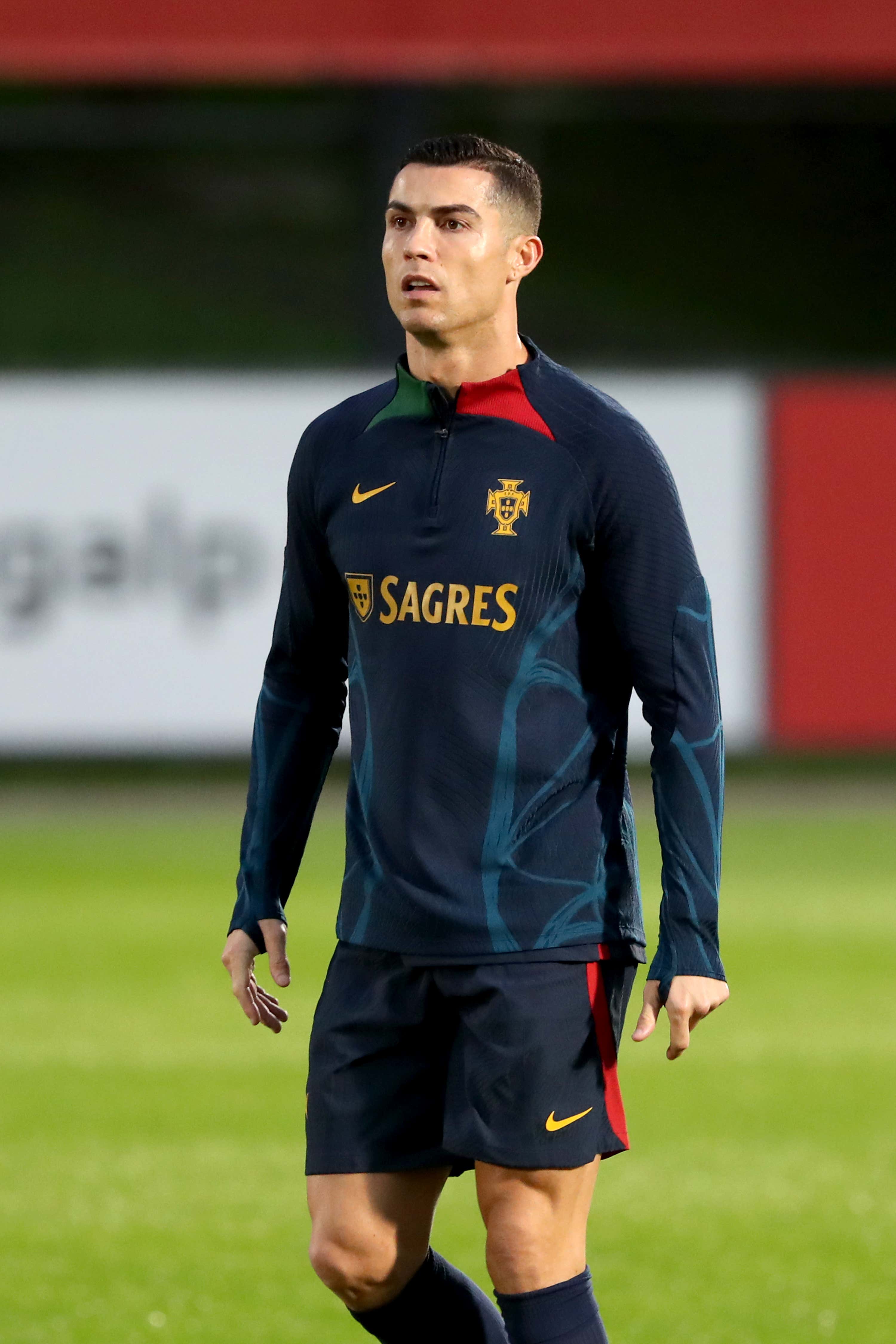 Yeah its defintely Portugals year. Cristiano Renaldo is definitely going to win a world cup. Hes such a messy bitch who loves drama. He went so far as to get cut from his club team Man United- which literaly translates to “docking”- the day before the world cup. Hes like if Antonio Brown had a 15 second dump-button like the FCC makes live televisoin use. Portugal, aka Spain’s Chile, is forever going to be stuck known as the second best soccer playing country that speaks braziallian.

There you have it. Reporting live from Doha Qatar, this is PFT Commenter signing out