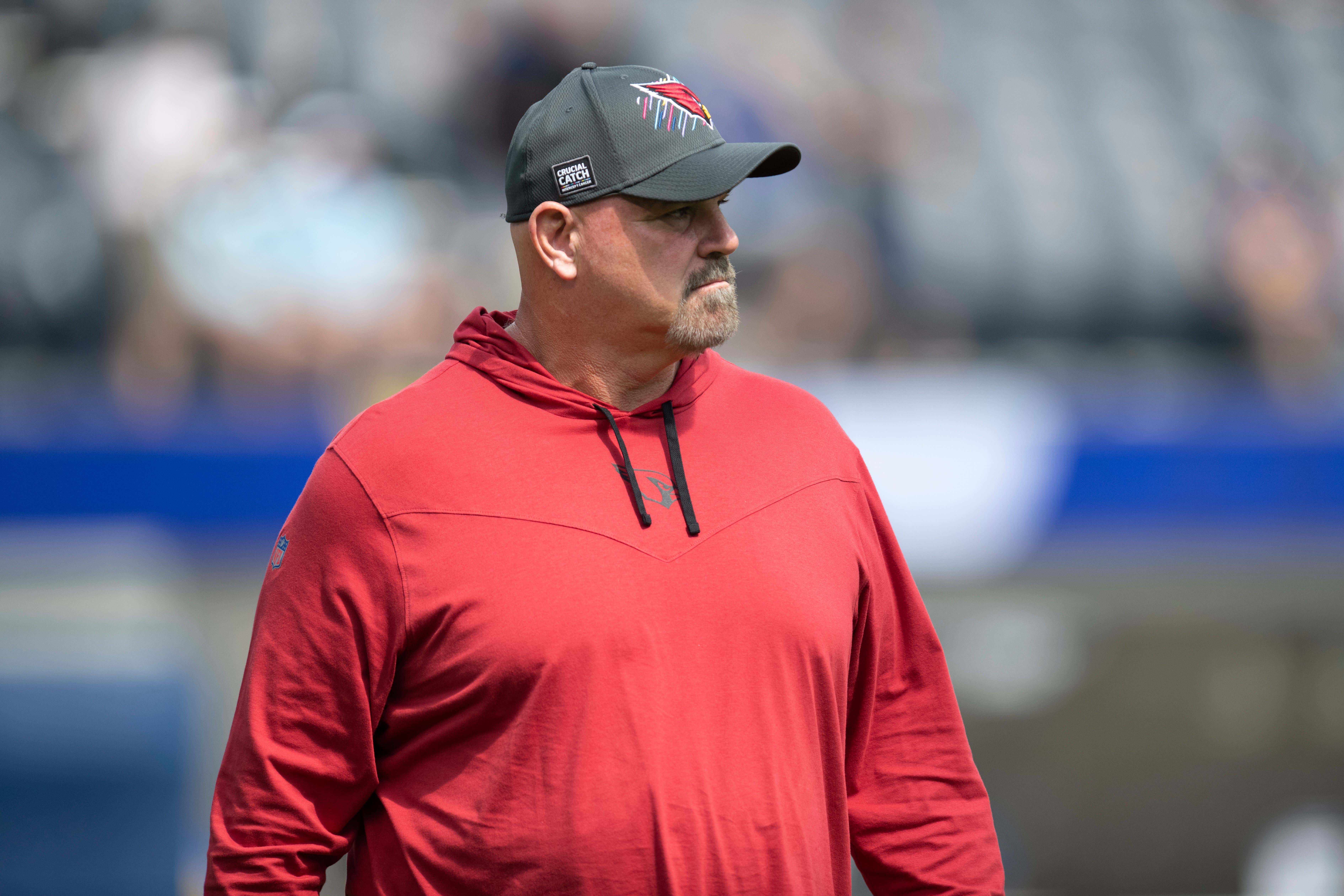 It's a cliche', though a true one, to say that coaches are hired to be fired. It's a nomadic existence they live. And the lower your status, the less certain your future is. It's the opposite of a real ladder, in that the lower the rung you're standing on, the shakier it is. So it never comes as a surprise when one of them gets fired. Even in the middle of a season. Hell, the Colts fired coordinator Marcus Brady when their offense was struggling, even though he wasn't calling the plays. When things aren't going right, fingers get pointed and goats need to be scaped. God promises a tomorrow to no coach.

Still, even by the shaky standards of NFL assistant standards, the circumstances around the Cardinals firing their offensive line/run game coordinator Sean Kugler was bizarre. First, because he's been highly regarded in the organization and considered somewhat of future head coaching material by the people who consider such things.

Kugler was a favorite among players such as offensive lineman Kelvin Beachum, a veteran left tackle who said he would refuse to play on the right side for anyone but Kugler.

Second, you don't spend a week prepping for a Monday night game, fly to Mexico City, and then fire your "run game savant" on Sunday. Not unless there are unusual, truly extenuating circumstances. So many questions remained. And, it appears, have been answered:

Source - Sean Kugler was fired after Mexican authorities told the team he groped a woman while the team was in Mexico City for its Week 11 game against the 49ers, according to ESPN.

The team learned of the incident Sunday night and sent Kugler back to Arizona on Monday. …

It is the second incident this year in which a Cardinals assistant coach allegedly assaulted a woman.

Former Arizona running backs coach James Saxon was placed on administrative leave during the preseason after news surfaced that he assaulted a woman in May at her home in Indianapolis. Saxon pled guilty to one count of domestic battery on Oct. 6 and resigned soon afterward.

What the actual? What's happening on Kingsbury's staff? Here's where I put in all the necessary disclaimers about how Kugler is entitled to a presumption of innocence and deserves a fair hearing before he's convicted in the court of public opinion and all that. But if I may be so bold, I'll speak for all of Barstool when I say we stand firmly on a principle of not groping women. It has been long established that we are anti-grope. Anywhere, at any time. But especially on a business trip to a foreign country. The NFL invests a lot of resources into these games in Mexico, the UK and Germany. They do so in an effort to "grow the game," as they're so proud to remind us. And that job gets immeasurably tougher when obscure assistants are running around getting handsy without consent. Allegedly.

So many, many questions still remain. Who the alleged victim is, most importantly. But also, just the logistics. We all assume that teams on the road like the Cardinals were fly into the airport, get bussed to the hotel, then it's time for meals, curfews and bedchecks. Where in all that focused, work-related activity would a run game coordinator have the opportunity to go around committing unwanted touching with an unwilling female? Was it someone working with the team? Was he out nightclubbing, like an MLB player with a day off on a road trip? It boggles the mind that he'd even be able to commit this crime - alleged crime - never mind that he'd be motivated to. Assuming this turns out to be even partially true, he just took a can of lighter fluid and an igniter and made a bonfire out of a promising career.

I'm sure the Cardinals and the NFL will be anxious to "We are working with police and have no further comment" this incident into oblivion. And the fact Kugler's firing comes the day before Thanksgiving will certainly help obscure it. But the questions will remain. And the only hope Kugler has to salvage his career would be to get out ahead of it and tell the public his side. If he has one.

In the meantime, all you other NFL assistants lacking any kind of job security ought to learn the lesson here and keep your hands to yourself. Don't be like Sean Kugler.