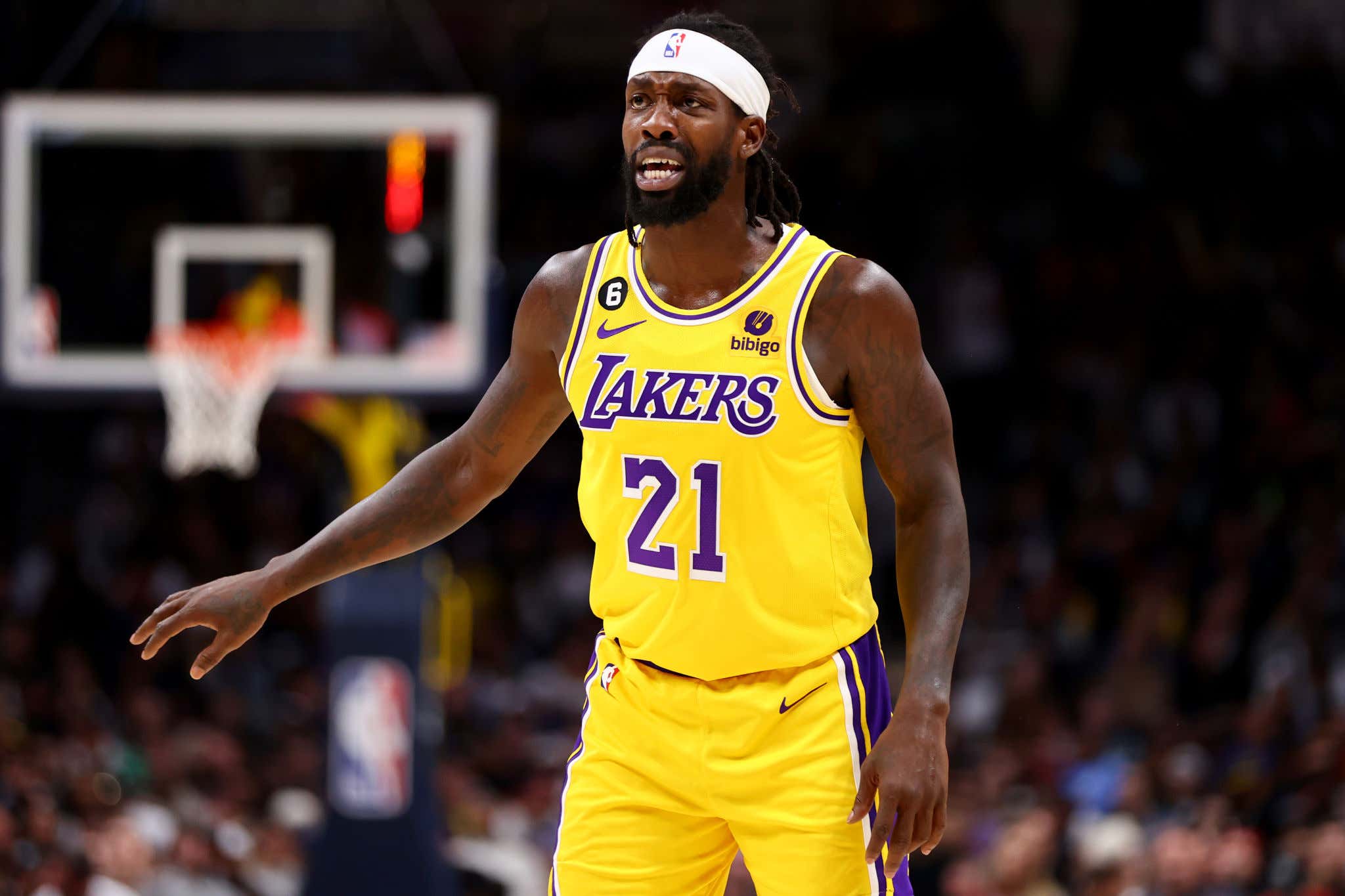 The Lakers season is on life support right now. They simply need every win they can get at this point and by any means necessary. Already without LeBron, that's not exactly the easiest thing to do when you find yourself on the road against the Suns. With things not looking too hot for the Lakers down the stretch, things were starting to get a little tense.

We then saw the play you just watched. A hard foul by Devin Booker on Austin Reaves with some contact to the face that I'm pretty sure you're not allowed to do and even maybe a little taunting on top of it, we see Deandre Ayton walk over and also sort of flex over Reaves. A weird move no doubt about it. The dude is already on the ground after getting crushed in the face, that's an odd time to talk shit if you ask me.

So what happens? Patrick Beverley decides to be a good teammate. This is why you brought Patrick Beverley in. This is what he does. If he sees his teammate in need, he reacted. There wasn't a moment of second thought in Pat Bev's brain and I bet he'll tell you the same. So what if he got tossed and will probably be suspended. Big deal. Some may call it a cheap shot, I call it sticking up for a teammate. Listen I would tell you if this was fucked up on Pat Bev's part, nobody hates the Lakers more than me. But I guarantee that locker room loves him for it and truly that's all that matters.

You can't bring in Pat Bev and then be surprised when he does Pat Bev stuff. That was the most fight I've seen on the Lakers all season if we're being honest. At least he cares. I say credit to him.

I know there's that whole Chris Paul play in his history

but this was different in my opinion. This time he was at least sticking up for a teammate.

I know one thing, I can't wait to hear all about this on the next episode of The Pat Bev Podcast with Rone. Make sure you're subscribed