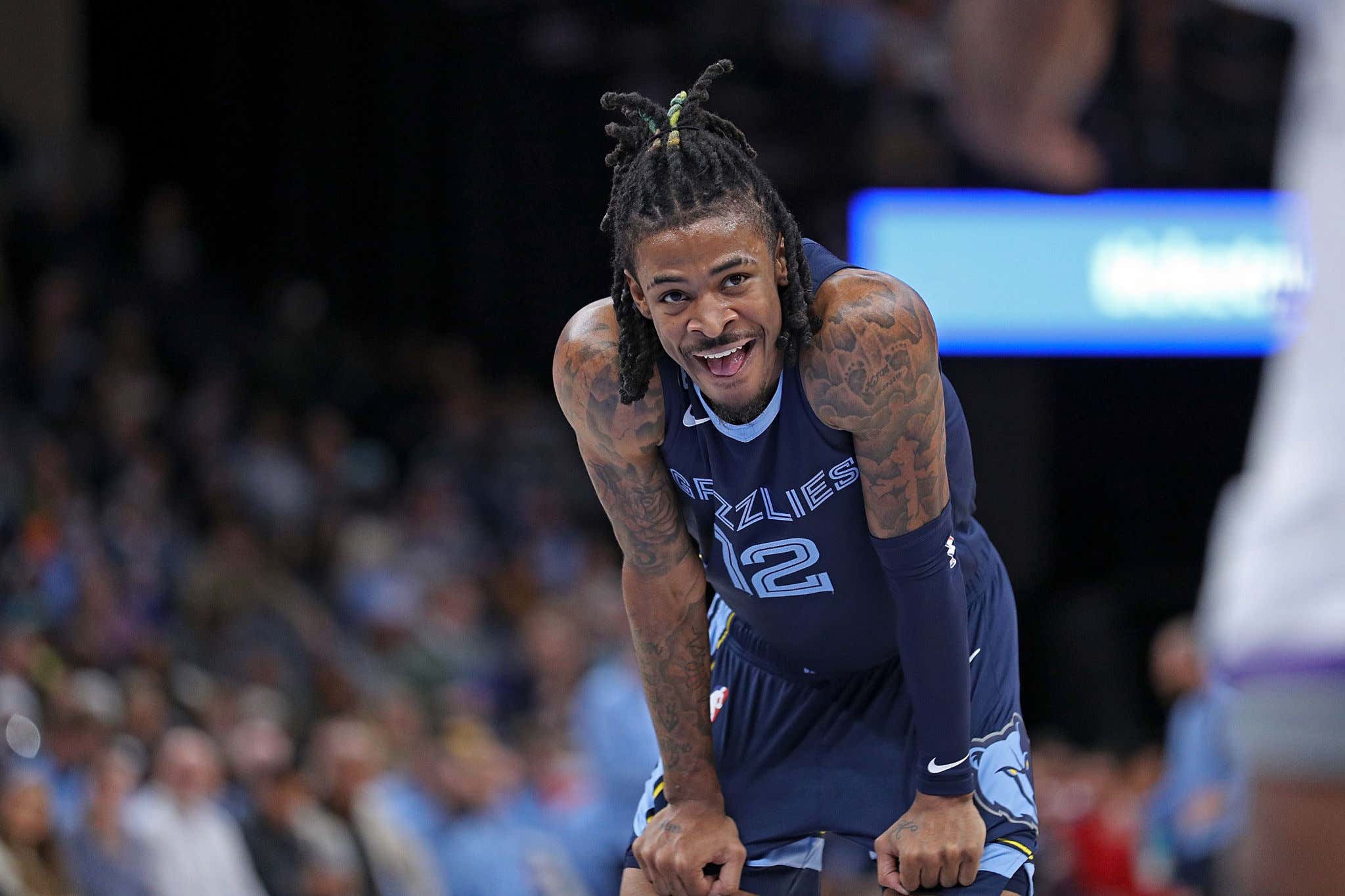 There is not a hotter team in the NBA right now than The Beam Team. As I said the other day, I have Beam Fever. I love what the Kings are doing right now. I also love watching Ja Morant play basketball, so you can understand my excitement for the Kings/Grizzlies showdown we got last night in Memphis. The fact that Ja was even playing in this game in the first place didn't make too much sense considering he had a Grade 1 ankle sprain on Friday night, and anyone who has paid attention to the Grizzlies knows that their building is one of the hardest arenas in the NBA to walk out of with a win. Given that the Kings had won 6 in a row, something had to give.

One of the best parts about the Grizzlies is they talk a whole bunch of shit. Ja especially. The reason why it plays is because they are able to back it up. There's a difference between talking shit just to do it, and then talking shit and immediately backing it up. The Grizzlies don't just give the smoke, they don't run from it either. That's their identity and it's won them a shit ton of games these last few years

As expected, this game was a battle all night. The fun as shit Kings answered every punch and even found themselves with a double digit lead late. When you're dealing with a young team, closing games on the road against a good team can be tough. So when the Grizzlies came storming back late, this game basically came down to who was going to step up and come through in the biggest moments,

Which brings me back to Ja Morant.

If there's one move we know he loves, it's trying to ice out a FT shooter who is stepping to the line in a big spot. It's a trick that has been used all throughout NBA history, and sometimes it works. Just ask Damian Lillard

Unfortunately for Ja, he's had some struggles with this tactic. First, he tried to get Jayson Tatum, only for Tatum to ice the win right in his face

But there's no way Ja was going to let that result discourage his tactic, so he brought it back again in the final moments against the Kings with Malik Monk at the line. Up 109-108 with 3.8 seconds left, this was basically a hail mary prayer attempt by Ja. Unfortunately, Monk is a 91% FT shooter this season. Would it work? See for yourself

Oh no Ja. After knocking down both FTs, De'Aaaron Fox for some reason thought it was a good idea to foul Ja Morant with 1.7 seconds left in a 3 point game to send him to the line for 3. I'm sure at this point every Grizzlies fan thought they were headed to OT. This is Ja Morant, the franchise guy, of course he wouldn't miss these FTs, especially after talking shit about missing FTs right?

He missed the first, made the second, then tried to miss the 3rd on purpose to no avail. Kings win. Again. That's now 7 in a row for the Beam Team who continues to prove they are absolutely for real this season.

For Ja Morant and the Grizzlies, this was simply another example of when talking shit goes wrong. Talk about awkward. To be the guy trying to ice a FT shooter only to then immediately choke at the FT line yourself is tough. That's the risk you run when you talk shit though, there's always a chance it can blow up in your face. I know for damn sure it's not going to stop Ja from doing this in the future, but you HAVE to come through in your own opportunity if you get the chance. Talking shit just to do the exact thing you're talking about is not exactly a formula for success.

This also shows you that things really are different for the Kings this year. In any other season, Monk chokes there, Ja is praised as a hero etc. We've seen that story time and time again. Now? The Basketball Gods have their back. How else do you explain it? I don't think the NBA or even the world really is ready for a Kings team that doesn't do Kings shit and instead does things that the really good teams do. Score tons of points, win on the road against good teams, have the longest active winning streak in the NBA, nail two game sealing FTs. They're doing it all!