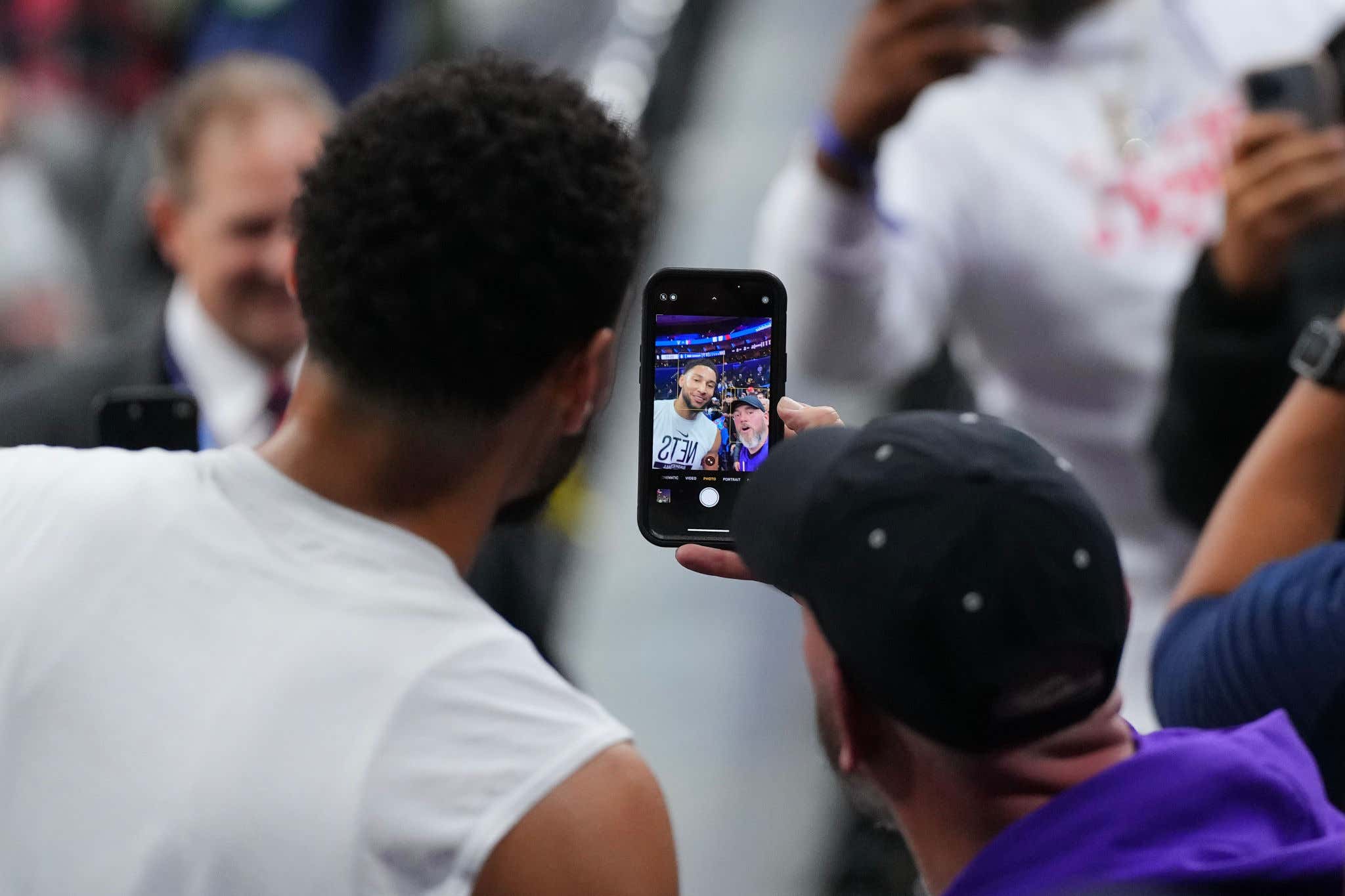 With the Nets/Sixers about to kick off shortly, I think we're all interested to see how the crowd interacts with Simmons. Given what we all expect to happen, my guess is it's going to be a long 48 minutes for Simmons, especially if he struggles. He knows what to expect so it won't be a surprise, but this has been 2 years in the making and it's clear everyone's feelings are still fresh.

That's why I sneaky love this move from Simmons. How do you de-escalate a situation? You're nice. And sure, maybe some of those fans were Nets fans, but there are some Sixers ones in there as well. Sure, maybe Simmons didn't dunk that play against the Hawks and then sat out a year due to injuries/mental health, but acts like this help support the narrative that whatever shit goes down tonight with the crowd is not because of his actions. Philly fans are just gonna do what Philly fans do. But it's hard to kill a guy when he's spending the pregame doing cool shit like this.

I'm certainly not a Sixers fan and frankly, I don't really care that the Simmons era ended in disaster, so I won't speak for how they should feel about his return. I know I personally hated Ray Allen's guts when he returned to the Garden as a member of the Miami Heat, so I get it on some level. I'm also pretty sure Ray Allen never did anything like this with Celts fans before a Heat/Celts game, but that shit was a decade ago and maybe I just forgot. Those situations aren't exactly identical, but I can understand why there may be a few boos tonight for Simmons.

And while it sucks that this matchup is basically a throwaway considering all the Sixers good players are injured right now, maybe that's a blessing in disguise for Simmons. If he goes out and plays well tonight, my guess is he'll be much more prepared for when Harden/Embiid/Maxey are back for the next meeting in Philly.

When I first read that tweet, given how it started I thought we were about to have another Malice In The Palace disaster. Man would that have been something before the game even started.