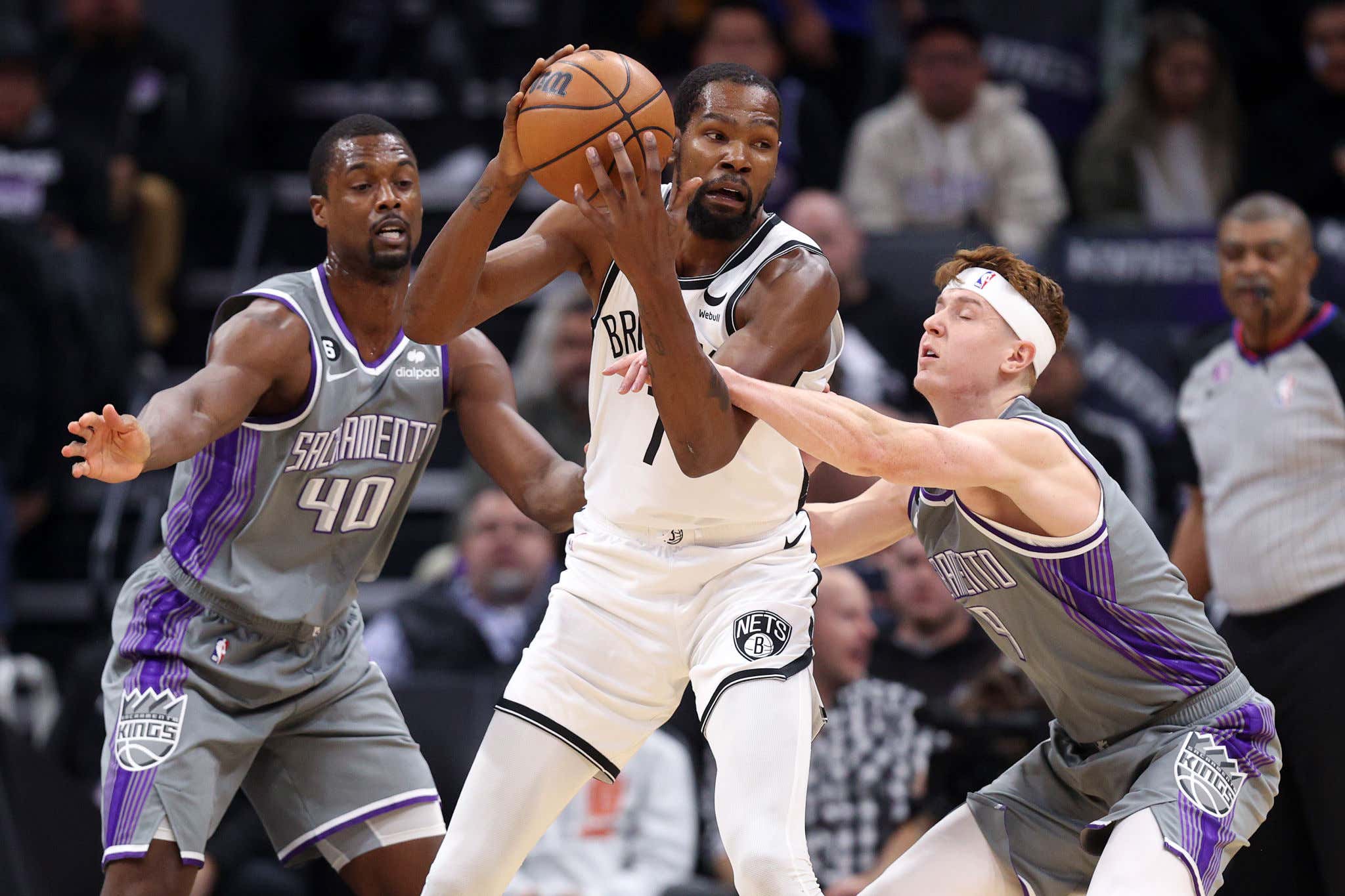 If you thought I was done blogging about the Sacramento Kings aka "The Beam Team", you are sadly mistaken. After the Celts loss last night the Kings now own not only the longest active winning streak in the NBA (6), they've also taken over the top spot in terms of the greatest offense in league history

I've been trying to tell you guys since the season started, watch the Kings. I know that might sound weird given the last 16 years, but I promise you it is worth your time. They're awesome. Then you factor in all the storylines behind their sudden rise and it's impossible to not be happy for the loyal Kings fans out there that have stuck by this team through all the bullshit.

Having said all that, it's one thing or a random blogger to have this take. It's another when you hear Kevin Durant basically tell you the same thing

This is the KD I love. I love listening to him actually talk basketball. He has one of the greatest basketball minds in the league, is an all time great, and I think it's fair to put a decent amount of stock into what he says on the topic. He's seen it all and done it all at an extremely high level. He's also not kidding when it comes to Kevin Huerter, the man has been flat out ridiculous

On 7.4 3PA a night, Huerter is up to 49.5% and 3.7 3PM. It doesn't really matter how he's getting this 3PA, he's been elite. As a catch & shoot guy, he's shooting 45.8%. You can run him off screens. It might sound crazy to compare him to Klay/Steph, but I get what KD is saying. If anyone would know what that looks like, I feel like KD has a pretty good reference point.

What Mike Brown has done since getting that job has been terrific. De'Aaron Fox is taking a legit leap and he was already pretty damn good to begin with. Keegan Murray looks like he can play. Sabonis might have his faults, but he's a walking 20/10. Shit, they even have good contracts to trade in the event an opportunity arises! It's like we're experiencing the Bizarro World Kings right now but maybe that's just the power of the Victory Beam. Suddenly every move you make actually works.

When you hear KD talk basketball, what I like about it is he never lies. He's always truthful whether it's good or bad. I'm not talking about that weird B/R article where he basically said he demanded a trade because nobody was working hard or some bullshit. I mean these podcasts where he actually talks about what's going on in the league. It has to be wild for longtime Kings fans to see an icon like Durant talk about their franchise like this. It's clear Durant gets it.

Which makes me wonder……

Could we live in a world where KD one day becomes a King? That sounds insane right? Well, Kyrie most likely is not going to be a Net next year. Their roster is….flawed you could say. There are a few different ways the Kings could get to his salary number this summer without gutting their core. A take like this would seem outrageous 2 months ago, but now? If the Kings are actually legit good? I'm not ruling that out just yet.

so I get why he feels the way he does about them. It's hard to deny at this point, even though we have a lonnnnnng way to go in the NBA season.

The Kings are for real. You know it, I know it, Even Kevin Durant knows it.