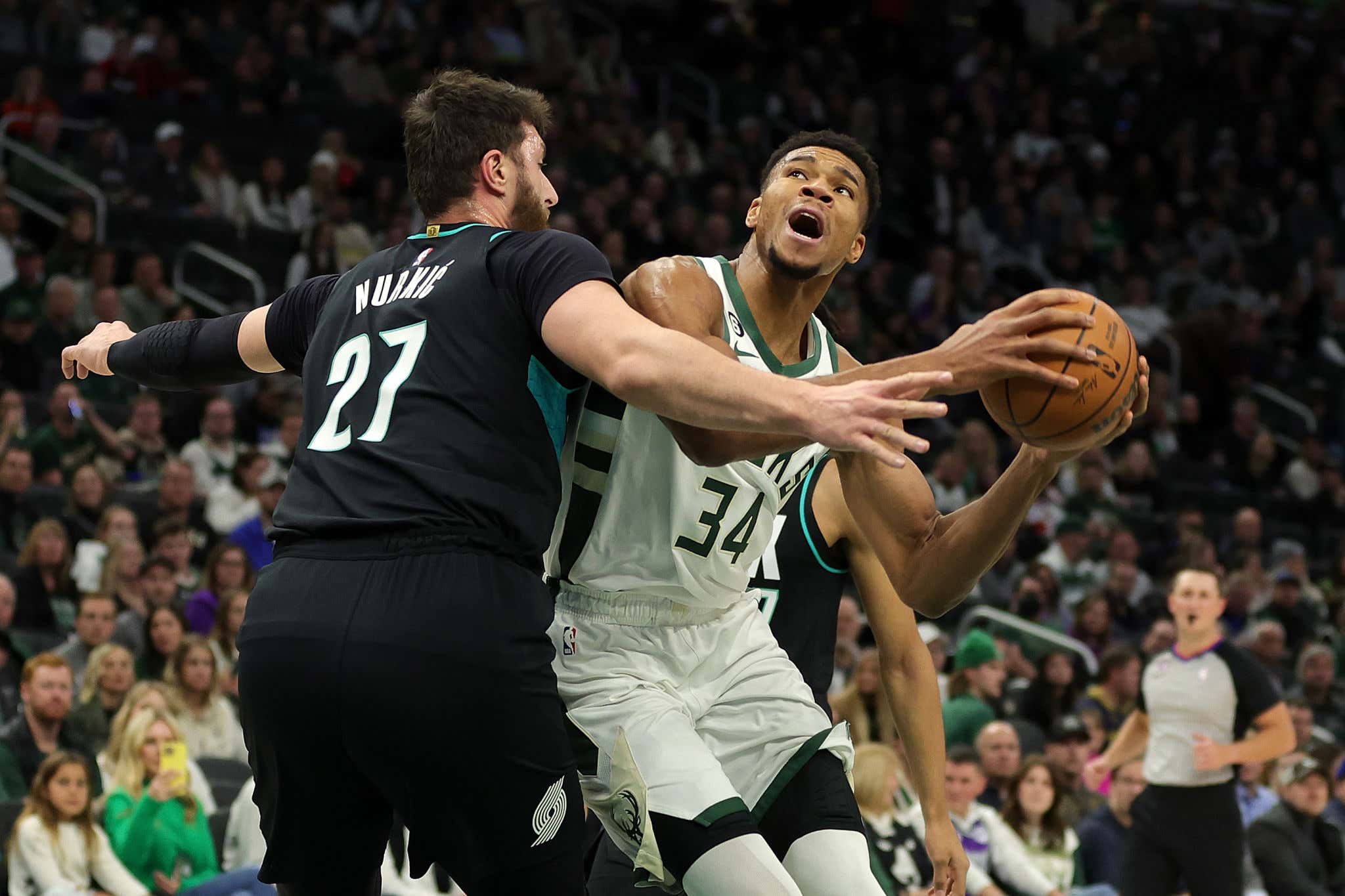 At this point, I don't think there is a person on the planet that debates Giannis' dominance. Those old narratives died the second he closed the deal and won the 2021 title. He's arguably the best player on the planet and plays with a style that can be pretty frustrating if your favorite team is tasked with stopping him.

Part of what makes Giannis so good is his force. He barrels into the paint at will, often time with no real plan, and more often than not gets bailed out with a call. You hear Bucks fans scream "WEIGHT ROOM" and other nonsense when we see Giannis repeatedly dunk on someone/be physical. A handful of times a night you'll see Giannis put his head down and simply run into/through defenders knowing he's going to get that contact foul.

Mind you, Giannis leads the NBA in FTA a game at 12.8 a night. Only Luka has taken more (171 to Giannis' 167), but he's also played in two more games. Now I do want to be fair with this. There are some plays that Giannis deals with that are pretty fucked up

That play against the Blazers is bad. There's a ton of contact with the head/neck, and by rule that shouldn't be a common foul. So in that regard, I agree with Coach Bud. That could have been really scary given how Winslow had Giannis' head/neck as he went down. At full speed, you can see he's trying to protect Giannis to some degree as he went down, but you can't mess with the head/neck area in my opinion.

At the same time, there are plenty of times when Giannis bulldozes into the paint that he makes contact with a defender's head/face, and you don't hear too much about protecting those players. I think that's where the issue is with this. Coach Bud might not be wrong in regards to that POR play, but we all see how Giannis plays. He initiates contact and can oftentimes be reckless once he gets into the paint. That's also true.

I put this in the same category as when you hear LeBron complain about how he gets called, or Embiid complaining about hard fouls too. Nobody really wants to hear about that stuff from guys who you could argue get bailed out more than any other player in the league. I'm just not sure what Coach Bud wants teams to do? Not play hard/foul hard when Giannis goes into the paint? They should instead just let him dunk/do whatever he wants? What kind of shit is that? Yes, don't go for his head/neck or do anything dirty, but fouling hard is not dirty. It's the NBA.