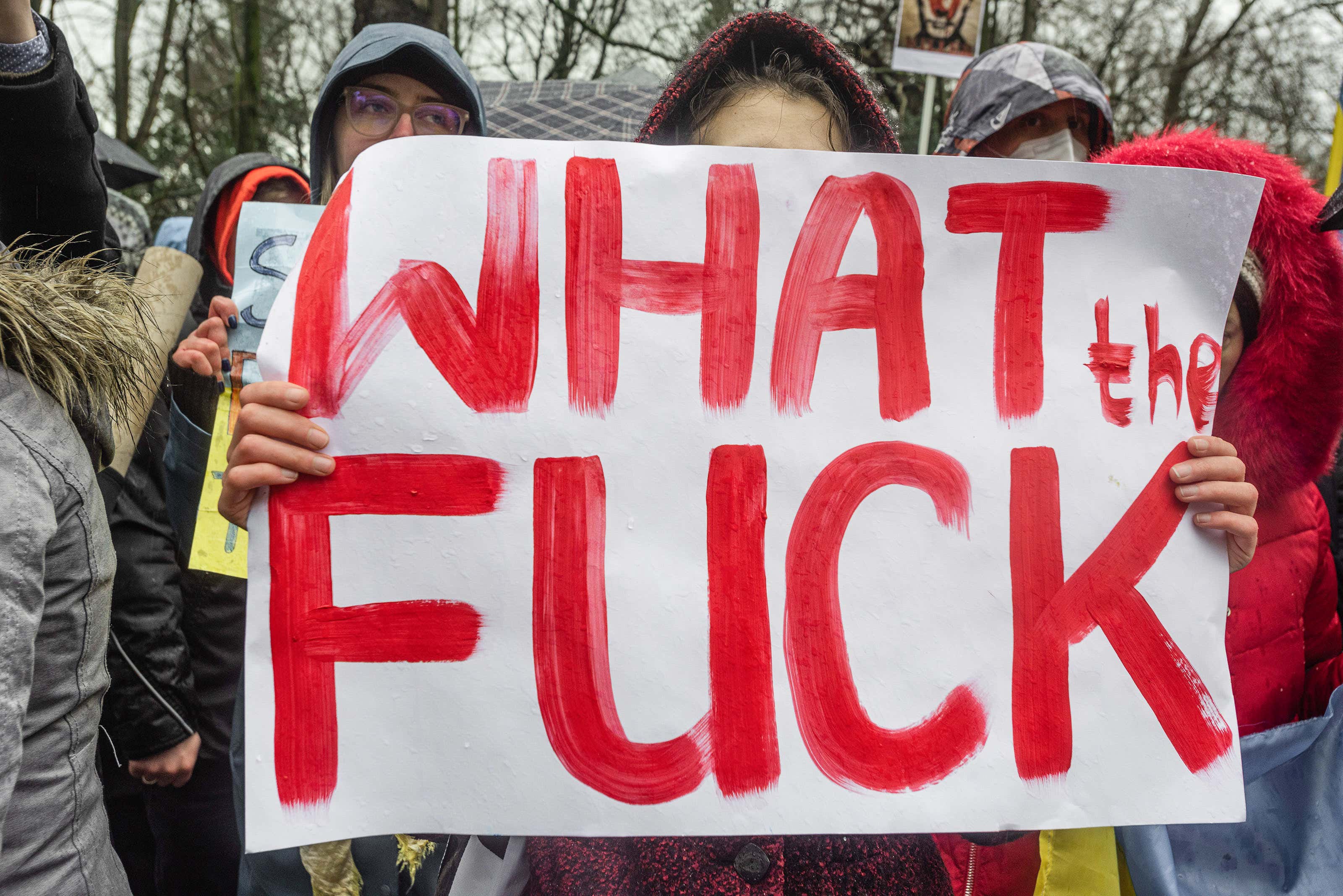 As too much of North American society continues to backslide to the '50s, we read more and more reports of dickhead hockey players being racist assholes to opponents simply for not looking like them. Instead of using any of the dozens (hundreds? thousands? millions?) of profane options in the hockey players's verbal toolbox, these fucksticks resort to racist epithets and ugly bigotry. In 2022.

It's not just us here in the States. I love Canada to death but the amount of incidents like this that happen up there in fucking youth leagues breaks your heart.

Imagine having a relative who, god-for-fuckin-bid isn't white, just wants to play the best game in the world, overcomes many obstacles, gets to an elite level, and then gets assaulted with racist bullshit just because of what he/she looks like. Ask yourself how you'd feel. And this brings us to THE Ohio State University and Big Ten Hockey.

On November 22, Michigan State player Jagger Joshua posted this on Twitter in reference to the November 11th game vs. OSU (where, ironically, his brother played)…

A quick persual of that game's box score…

…shows that Ohio State's Kamil Sadlocha was the lone player given a misconduct in that game. Ergo, he was tossed for calling his opponent in a goddamn college hockey game a racial slur that an official heard at least once and was more than confident enough to toss him from the game. This isn't some cross-check or boarding where the guy partially pays the fiddler by getting tossed. This is a player crossing the line with a disgusting act that undermines the concepts of both sports and sportsmanship. Oh, and it's fucking racist bullshit as well. Here is the player.

Sadlocha was penalized in an NCAA game for being a racist fucking asshole to Joshua on Nov. 11th and Joshua bravely spoke up about it on the 22nd. And yet? The cowards running Big Ten Hockey and THE Ohio State University did not have the balls to anything further about it. They actually fucking thought that a half-game misconduct was commensurate punishment for a D1 player in 2022 calling his opponent racial slurs.

And just when you thought it couldn't be any worse? The Big Ten actually released this mealy-mouthed "statement" of their own volition and truly thought it would suffice in stifling the disgust.

So wait? These assholes are citing "indisputable evidence" yet their official was able to toss Sadlocha based on what he heard during the game? That simply does not compute.

Did the official backtrack on his in-game call, denying he heard racial slurs worthy of tossing a player? Or did somebody else have a legit reason for letting Sadlocha off the hook? The powers-that-be were hoping this would simply die out. But fuck that shit.

Thank the maker that the internet kept the heat on both OSU and B10Hockey because fuck that shit. And then at 10:38 last night, THE Ohio State University released this weak-ass statement ostensibly defending its "side"…

So it only took THE Ohio State University ELEVEN DAYS of internet shaming to relase a statement about their hockey player calling an opponent, in 2022, racial slurs on the ice during a game. And even then, they don't have the balls to say they suspended him:

"Kamil is returning home and will not practice or compete at this time."

What the fuck does that even mean? Please OSU, give us indisputable evidence on why he was sent home. Because what you said means absolute shit. And to be clear, I am not calling for Sadlocha to be canceled or to have his life ruined nor do I wish him any physical harm. He just needs to experience recupercussions for the horrible shit he did. Ideally, he learns from it.

But Big Ten Hockey and THE Ohio State University should've already known better. And they need to wallow in the same muck with Sadlocha.

Jesus fuckin' Christ. Grow up, you goddamn shitheads. Jagger Joshua deserves so much more. As does everyone else.