Here I was ready to write this blog today celebrating Poland. Pirogies? Fantastic. Underrated even. I was all in on Poland today because they were playing Mexico. Fuck the Mexican soccer team. They are our bitter rival and I will never cheer for them. I also had Poland to win/draw + Lewy to score to get us started on a parlay. Then this happened:

Horrendous PK. Lewy got scared by Ochoa taking a step the opposite way to start and completely opened up. Basically pointed directly where he was going to shoot the ball. Also cost Poland a great chance to advance out of group stage. Saudi Arabia beating Argentina opened that group up. If Poland or Mexico wins that match they take control of the group. I don't care that Saudi Arabia beat Argentina, you should beat Saudi Arabia and get to 6 points and out of the group with a win today.

But you know what? They didn't let Mexico win. That's why I'm going to applaud Poland's defense, specifically starter Jakub Kiwior. 22-year old made his World Cup debut and helped Poland hold Mexico scoreless. Good. But this is about who he is dating specifically. A champion. The Twerk Champion of 2018 - according to her Instagram 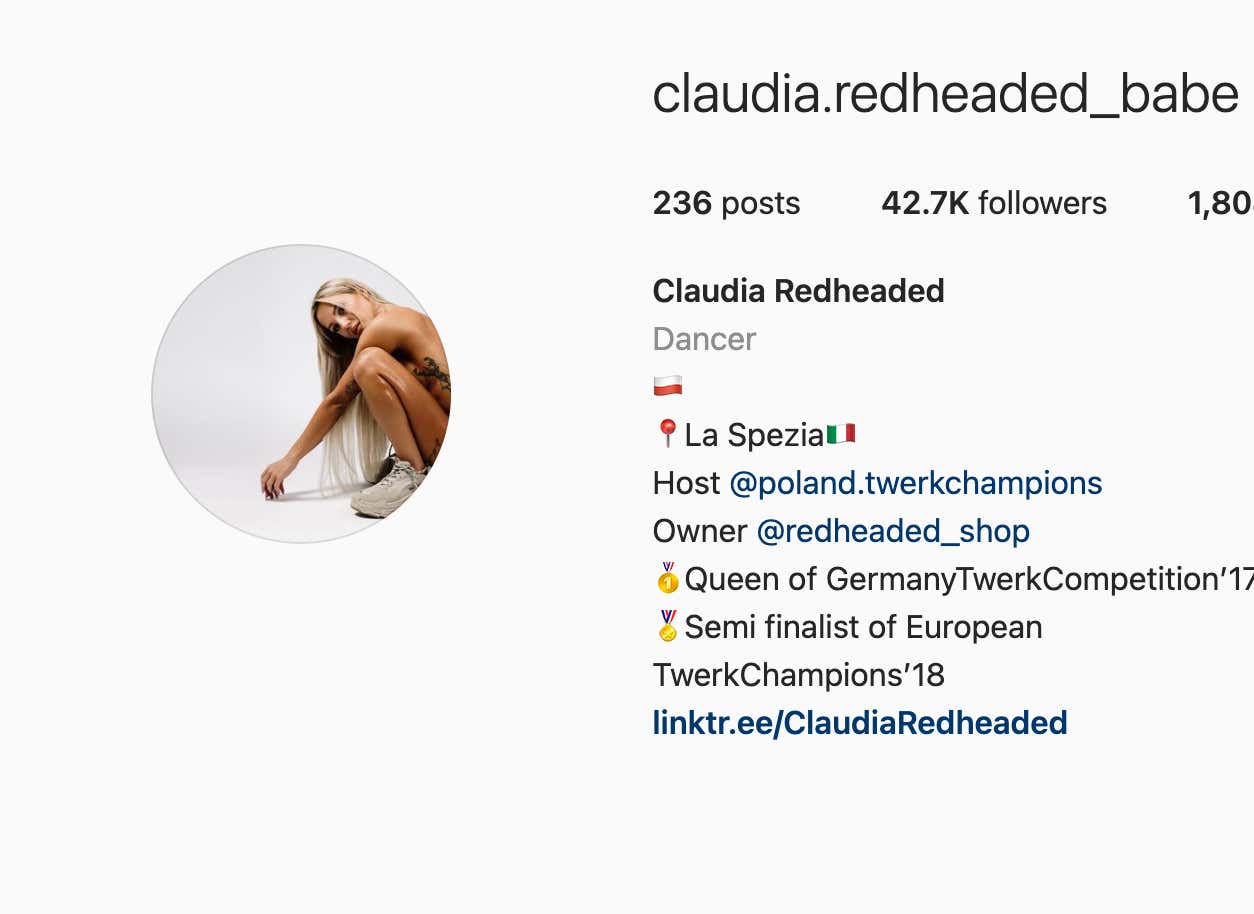 That's a long list of accolades. Won the gold in 2017. Not even the gold, she's the Queen of Germany Twerk Competition. Followed that up with a semi-final spot in the European Twerk Championship of 2018. I hear that's the second most prized competition behind South America. Based on her Instagram I'm starting to understand why: