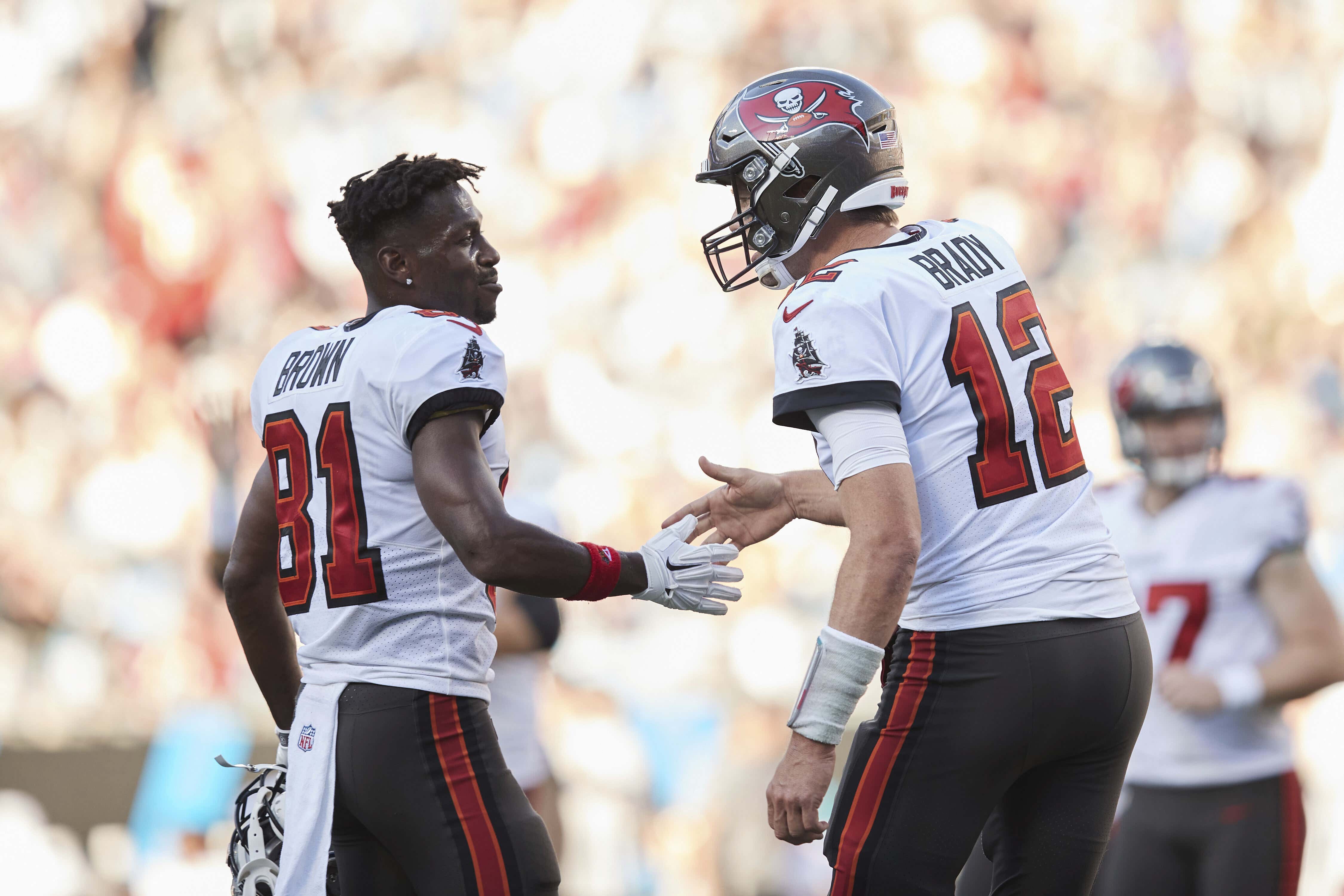 There are times in modern celebrity culture where you get to witness a famous, once-celebrated famous person spiral in real time. Where they're doing that slow-motion swirl down the drain where their life seems to be a continuous loop of bad acts, mugshots, trips to rehab and relapses. And you just know that only eventual end they'll meet will be a regrettable one.

When someone who's work you once followed starts making their way around life's toilet toward the sewer, it's often natural to feel bad for them. In fact, that sort of empathy is one of the nobler parts of being human. But it should require the person you're sympathizing with to show some sort of remorse. To admit the error of their ways. And above all, to demonstrate that they want to get better. No one would expect Anglo-Saxon villagers to feel sorry for the Vikings who were going from house to house, slaughtering and pillaging, and having a good time doing it. They needed some evidence to suggest the Danes wanted to stop being an invading horde and start being neighborly. That's when the healing can begin.

And there is no famous person currently going down the drain faster than Antonio Brown. He could barely hold the screw cap down tight on his 2-liter bottle of insanity back when he was busy with a full time career in football. Now that he's coming up on a full year of unemployment, that mental soda bottle is getting shaken like a can of paint and exploding syrupy grossness all over his world.

Beginning with the shots he's taking at the one man who was willing to stick his neck out and take a chance on Brown. Who took him into his home, twice. Gave him a chance to redeem himself at a time when nobody wanted him. And it seems to be getting worse by the day. This was the middle of last month:

This was the end of last month:

This was last week:

To recap, Antonio Brown posted this text he got from Brady thinking it would make Brady look ridiculous. Instead, it made everyone realize Brady is a more patient, tolerant, and flat-out nicer person than we thought he was. Or that Brown could ever deserve: 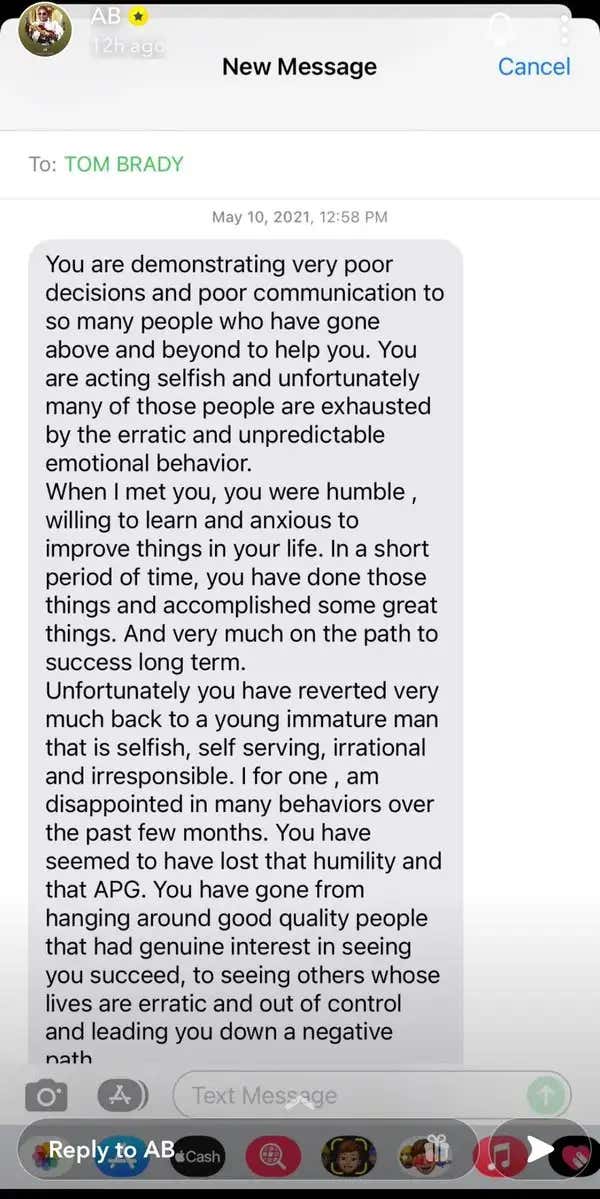 I don't get texts from my best friends or family that is as considerate as this. Not ever. And by making it public, Brown did nothing but commit an own goal. And reveal himself to be a worse person than you'd otherwise think he is.

Now we come to find out he was only getting warmed up. How low can you go? When you're Antonio Brown, to the center of the Earth:

Source - The former NFL receiver has been in the news a ton recently, and none of it has been for positive reasons. Well, he really took things to a new level with a recent SnapChat post.

AB shared a photoshopped photo of Gisele naked for his followers to see, according to multiple reports. As of Tuesday morning, the photo no longer appears on his SnapChat story.

That means it was either deleted or taken down by the social media company.

Obviously I'm not going to post the fake photo in question. Or any of the many versions where somebody scribbled over the bathing suit areas. Not even one of the partial shots appearing on Twitter that are just non-Gisele's not shoulder, her not hair and not the side of her not face. I simply refuse. Find them yourself. Better not, do not do that. I feel like I'm giving this imbecile too much air as it is. Besides, if posting fake, photoshopped nudes of someone ought to be a crime, if it already isn't. Deepfakes are getting so convincing now that they blur the line between them and actual nudes, and ought to be covered under the Revenge Porn statutes.

Though at this point, it feels like Brown has no intention of stopping this nonsense. He clearly has it out for Brady and his ex-wife. He's obsessed with this twisted game he's playing. And is showing no signs of letting up. Some people, when someone has done something for which they should be eternally grateful, appreciate the kindness and are inspired to pay it forward in order to help others and make the world a better place. Bizarrely, some only respond to the gesture with animosity and resentment. And blame all their problems on the very people who helped them. That is Antonio Brown to the core of his being.

Brady and Gisele have learned the lesson that, when you lay down with dogs, you get fleas.