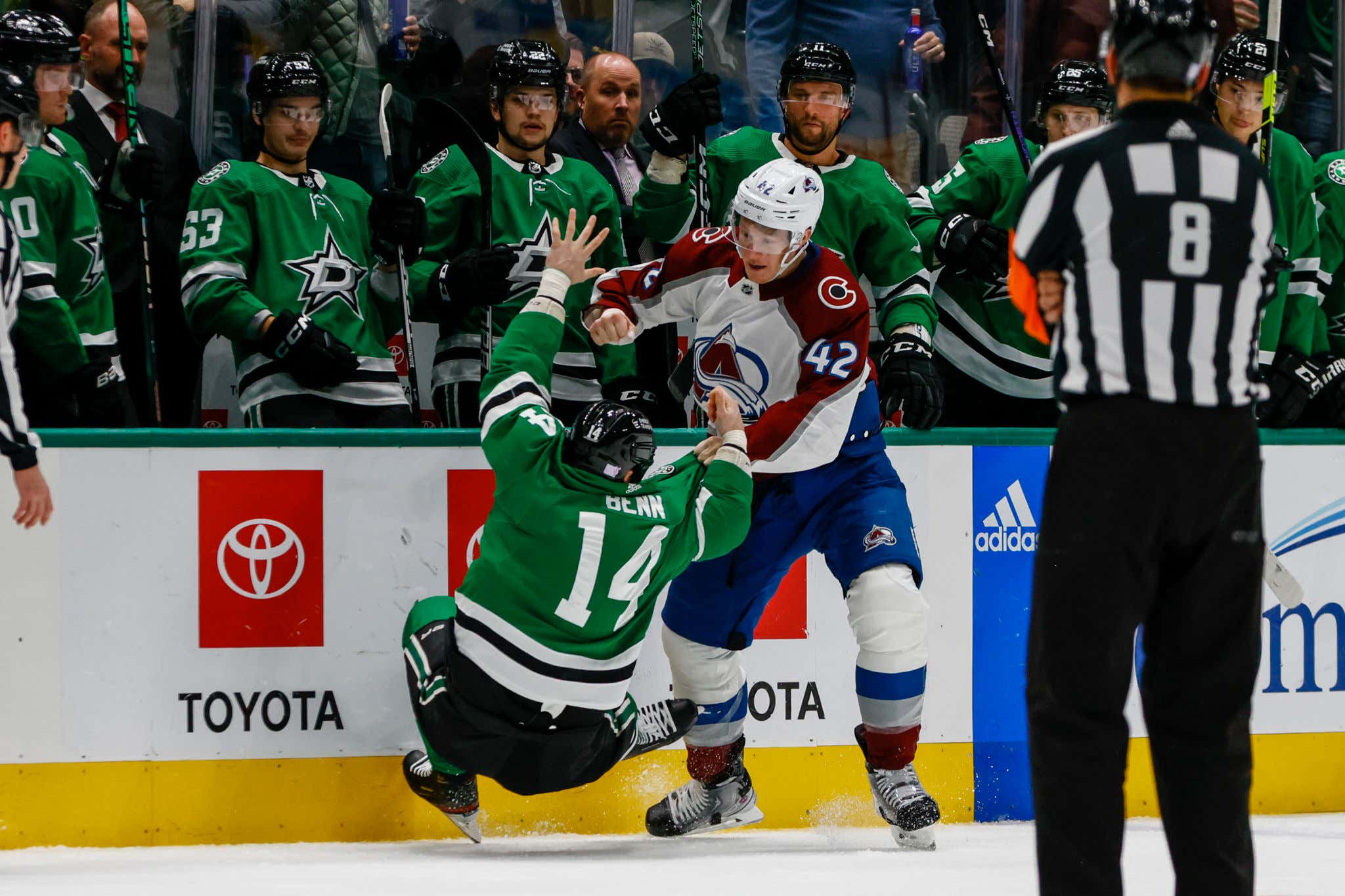 They say that a picture is worth a thousand words. But looking at all the reactions from the Stars bench here, it looks like they're all just thinking two words to themselves. "Oh fuck".

Jamie Benn. Their captain. The big fella. Not a guy who is typically known for going down on the ice nor off the ice. And he just gets completely buckled right in front of the bench. Let's take a look at the tape.

Josh Manson is listed at 6'3", 218lbs. A large dude, for sure, but I'd put him more in the category of "tough customer" than an absolute killer. He's a guy who has no issues with dropping the gloves, but I wouldn't say he's necessarily known for dropping bodies. Going back and rewatching some of his fights, and it seems like the biggest issue he has is just keeping his legs under him. But he got a little help from having his back up against the boards here and landed one of the meanest rights you'll see all year.

You know it's a kill shot when the guy drops so fast you can't even connect on the next punch you try to throw.

Also I'm not really sure if that hit by Manson required an immediate glove drop from Jamie Benn. But I get it. He's the captain, wants to step up for his guys. It's just that if you're going to stick up for your guys and try to make a statement that your team won't get bullied around out there, you might want to avoid catching a heavy right fist from Josh Manson squarely on the chin.

Calder Trophy winner. Norris Trophy winner. Stanley Cup Champion. Conn Smythe Trophy. Fastest NHL defenseman to 200 points. One of these days I'll be able to watch Cale Makar achieve career milestones without immediately thinking back to how the Philadelphia Flyers drafted Nolan Patrick 2 picks ahead of him in the 2017 Draft. But that day is not today.