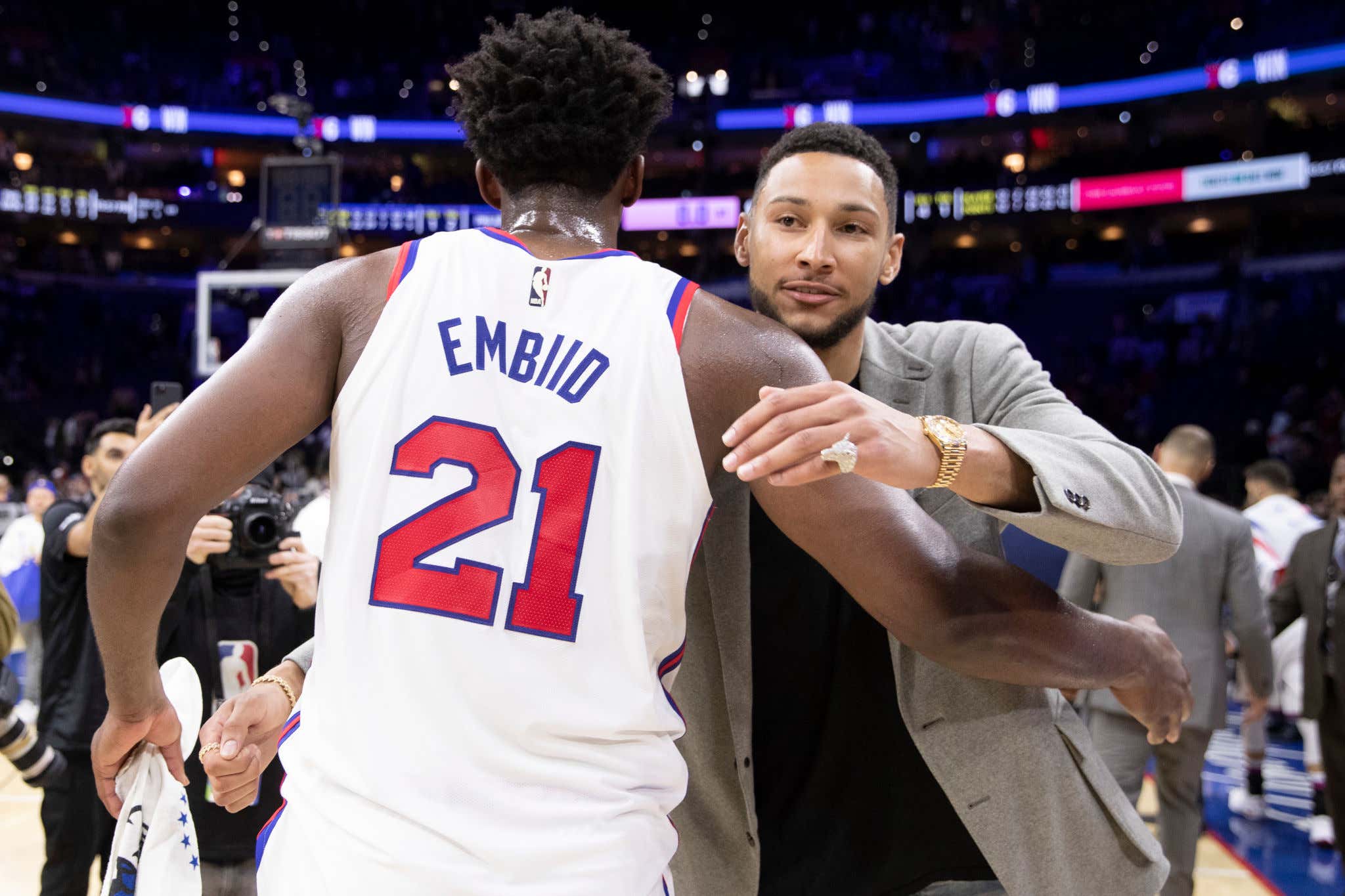 Listen. I gotta be honest here…the optics of this aren't necessarily great. I'm not saying that Joel Embiid is faking an injury here just to duck Ben. Clearly the big fella twisted up his ankle pretty good the other night.

But again, the optics here are tough to come back from. This is now two straight times that Ben Simmons is making his way back to Philly, and Embiid won't be in the lineup for either of them. We can't exactly sit here and say that if Ben Simmons were to get injured right before Tuesday night's game that we wouldn't be shitting on him and saying it's a fake injury just to get out of playing. We'd be saying that Ben already planned it out with one of his teammates to take a dive in front of him so he could roll up his ankle. You know we wouldn't let him just slide with that, so Philly fans have to keep the same energy when the shoe is on the other foot.

It also doesn't help that the Sixers will essentially be throwing the Delaware 87ers out there on Tuesday night with all the injuries the team is dealing with. No Embiid. No Harden. No Maxey.

Tobias may or may not be in the lineup.

So yeah. No shit Ben Simmons doesn't seem like he's worried at all about his return to Philly tomorrow night. The man is going to be playing against a bunch of dudes who just got their name stitched on the back of their jersey for the first time when they show up to the arena.

What a waste of what could have been an epic night in Philly sports lore. Basketball gods can take a hike.