You fucked up now Zach. Stephen A. Smith doesn't just talk shit on anyone.

Zach Wilson is down bad. Or at least he should be. Actually, the problem is that he's not down bad. He's mostly just chillin. Zach Wilson is fresh off of a 9/22, 77 yard performance in a 10-3 loss vs the New England Patriots. A game that featured the saddest scoring summary these eyes have ever seen. 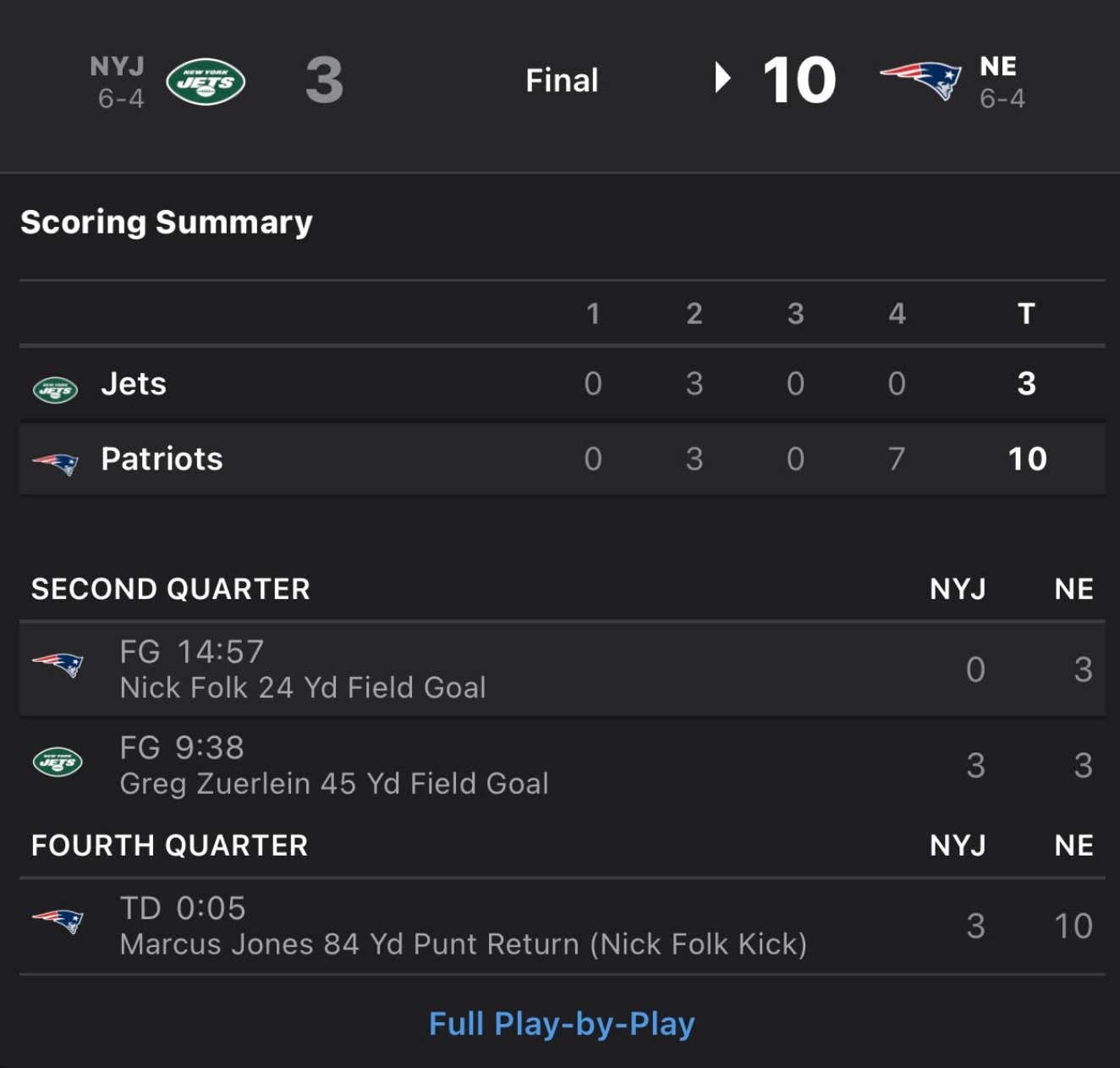 But despite a truly pathetic Sunday afternoon performance that was so horrendous it set the entire NFL back 10 years, Zach Wilson is reportedly as cool as a Cool Cucumber Juul pod (the best of the flavored Juul pods, RIP).

I think I understand what he's trying to do. I think he's trying to do the whole confidence thing. He doesn't want his teammates to see him rattled, or frustrated. He's probably trying to manifest. My guess is he recently read The Secret. He thinks if he just acts like everything is fine, and behaves as if he's a great quarterback, then maybe all of the sudden he will turn into one.

Now, I would like to address Zach Wilson directly.

I know you are probably reading this. I assume you're a Barstool Sports fan, because of the way you look. Unfortunately, Zach, this cool guy strategy isn't working for you. It might work for some quarterbacks, but you're not one of them. A big part of the problem is your face. You have to understand, you don't look like an NFL player. You look like a middle schooler who got a pair of shooting sleeves and a headband for his birthday. So when you combine your dumb appearance with a cocky shit-head attitude, and sprinkle in the fact that you blow dicks at football, you come off looking like a spoiled cunt. You look like a child who is refusing to acknowledge that you're the problem. Which isn't really a big deal when you're a child, but in reality, you are an NFL quarterback.

In my eyes, you have 2 options. Option 1 is change your attitude. You don't have the face or general disposition to pull off the cool guy thing. At least not yet. I know it worked for the majority of your life, because you were very good at football, and surrounded yourself with BYU students, but you are absolutely not New York City cool. You're not NFL cool. There's a man on your defense named Sauce Gardner. He's extremely good at football, and his name is Sauce. He's already cooler than you will ever be. You can't compete with that.

You can't be the cool guy anymore. You need to pivot. You have to start being the eager-to-learn-guy. I know I keep harping on this fact, but you have the appearance of a child. However, that can play to your advantage. You need to be the guy who is asking incessant questions to everyone on your team. Learn everything you can about every facet of the New York Jets. Be relentless about it. Your teammates WILL be annoyed by you, and they WILL NOT think you are cool, but that's ok. Because after a few months of being-eager-to-learn-questions guy, you're going to start getting quotes like this from your teammates.

"Yeah Zach Wilson. He's kind of a lot. But he really cares about football. You can tell he just wants to learn (that's the phrase you're going for, Zach). I would never hang out with him in a million years, because he's annoying as shit, and I don't like him as a person. But in the end, he just wants to get better at quarterback." - someone from the Jets defense

See, that's not too bad right? You've got to give up the cool guy thing. Maybe in 5 years when you look like you can legally order a beer, and are capable of throwing more than a touchdown every few weeks, then you can sprinkle in some cool. Maybe if your touchdown totals ever exceed your interceptions, then you can buy a Rolex or something.

So that's option 1. But if you're not going to budge on the cool guy image, then you're going to have to change your face. You have the money to do it. The technology is there. Take Tom Brady for example. He didn't like the way he looked, so he started doing alien face.

This would be tough for you though, Zach. I'm not really sure what direction you would take it. You need to do something that makes you look less like a child. Usually, when people get plastic surgery, they are trying to look younger. I guess you could go fully eccentric. Maybe do a Dennis Rodman type of thing. Tattoo your entire face, get gauges in your ears and lower lip, pierce your eyeballs, etc. I don't know though man, that would be drastic change for you. Just a couple years ago you weren't allowed to be in the same room as a woman. Are you really going to make the jump from BYU student to white Dennis Rodman within 3 years? It would be an unprecedented move. It would make me cheer for you, though. I'd be the biggest Zach Wilson stan there is. Then you can act however the fuck you want. You'll still have to get better at quarterback if you want to succeed, but you'll have a whole different vibe about you. Your attitude will be the least of everyone's concerns. People will be afraid to talk shit about you, because they'll be scared that you're going to go postal on them. But if you did go full crazy, AND got good at quarterback… Can you even imagine? That would rule so hard.

Sorry Zach, that last paragraph got away from me a little bit. Do whatever the fuck you want. But I recommend changing something because everyone hates you right now. Regardless of which route you take, you better buy your entire team sick Christmas gifts. I don't want to see a bullshit story about how you got them all Yeti Coolers either. I want to see you take out a loan. I'm talking Jetski's for everyone.

Your move, Zach. Hope this helped.