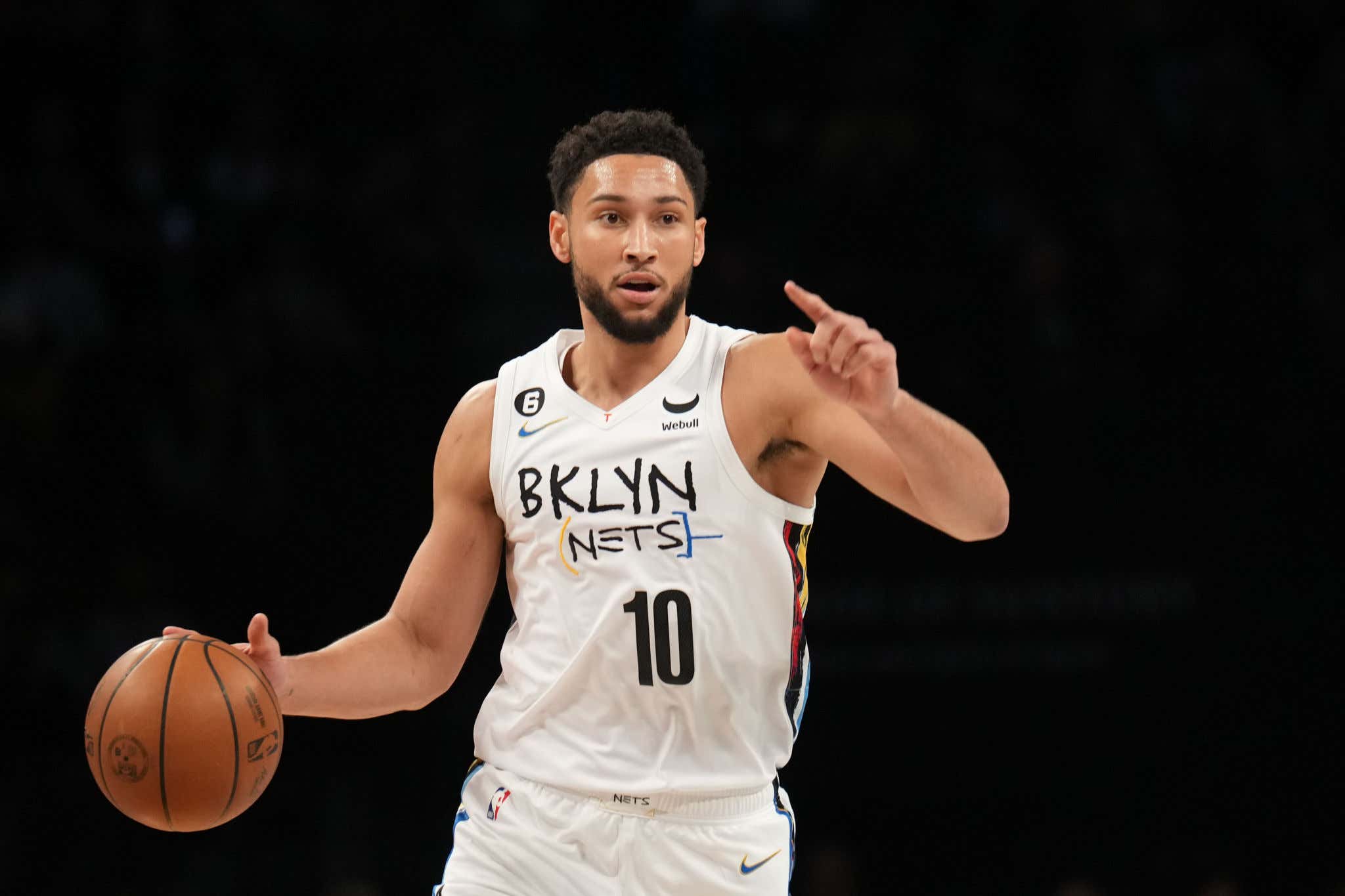 The last time we saw Ben Simmons play at the Wells Fargo Center in Philly, this happened

If you can believe it, that was 519 days ago. I think it's safe to say A LOT has happened for everyone involved since Simmons decided to not dunk that basketball. He basically refused to show up to work until the Sixers eventually traded him, only to continue to sit out the rest of the year once he landed in Brooklyn. He was the butt of every possible joke on the internet. People hounded him in candy shops just to troll him, I think most can agree things get a little out of hand when it comes to Ben Simmons and his basketball ability.

As a team, the Nets haven't exactly taken the world by storm this year, but they haven't exactly had a "normal" start to their season. Between the KD offseason drama, the Steve Nash firing, and the Kyrie Drama, you can understand why they are 8-9 and in the current 9 spot in the competitive East.

At the same time, maybe brighter days are on the horizon? For starters, not only is Ben Simmons playing, but he's actually been pretty good!

He may still have his shortcomings, but this does look a lot more like the player I'm sure the Nets thought they were getting when they traded for him. It does seem to feel like he's starting to figure out how to get back to being an impactful player even with his offensive limitations.

This is good news for anyone who enjoys drama because guess what's on the horizon?

Tomorrow night, for the first time this season, the Brooklyn Nets are headed to Philly. Ben Simmons is healthy, all signs point to him playing, and for the first time in over 500 days, he'll have to deal with his former fanbase while actually on the court. When asked about this after last night's game, I thought Simmons had the perfect response

This is some great self awareness on display from Simmons here. Even he knows what's coming tomorrow night. If anyone understands what Philly fans are like, especially when they hate your guts, it's probably Ben Simmons. Previously, it felt like he was dodging playing in that arena in front of those fans, but it seems like at this point he just accepts it. I think part of it has to be the fact that he's actually on the floor again and playing pretty well, but I do like that he's not pretending there's no issue or drama with Philly fans. If he decided to go down that path, nobody on earth would believe him.

Of all the directions you could take in that situation, I think this is the smartest route. Don't run from it or deny it. Embrace it. If you're the villain for that fanbase, then be the villain. That's what is going to make tomorrow's game so interesting to watch. There are times you could argue that Simmons has had issues being tough mentally on the floor. Well, the boos are probably going to be heard from space every time he touches the ball or misses a FT or basically does absolutely anything on the floor. Some players embrace it when this happens to them, Trae Young for example LOVES it

So far Simmons has been the complete opposite. He tends to turtle in these big moments, but something tells me this will be more personal. Whether you think he's to blame or not, you can understand why he might want to shove it down Sixers fans' throats tomorrow night. Considering it's also a big division head to head matchup between two teams scratching to get out of the Play In, it's a big night no matter how you slice it.

It does suck that the Sixers aren't going to be anywhere close to full strength for this one though. James Harden is still out, Tyrese Maxey is out 3-4 weeks with a foot injury, and we just learned today that Joel Embiid will also miss this game after Georges Niang rolled into his ankle over the weekend. It sucks that we won't get to see Embiid vs KD shit talking which usually doesn't disappoint, and given how Embiid basically joined Doc in throwing Simmons under the bus at the end of his tenure, I think we all wanted to see what happened if there was a possession where Simmons got to go at Embiid. That's what makes the NBA fun.

It's hard to decide who actually won that Simmons/Harden trade at this point. Part of you wants to say the Sixers because James Harden is the better player, but what did he help them accomplish last year? Losing in the 2nd round again? He's now a year older and already hurt. The Nets basically traded for a player who they couldn't even play during the year which seemed bad at the time, but now they're getting a version of Simmons that is clearly helping them win.

Simmons and the Sixers are obviously going to be linked for the rest of his career, and who knows we might even get a playoff series between these two. I just know if I'm Philly, there's no way I can allow Simmons to come into Wells Fargo and dominate. Not after all the shit they've been talking for basically 2 years.