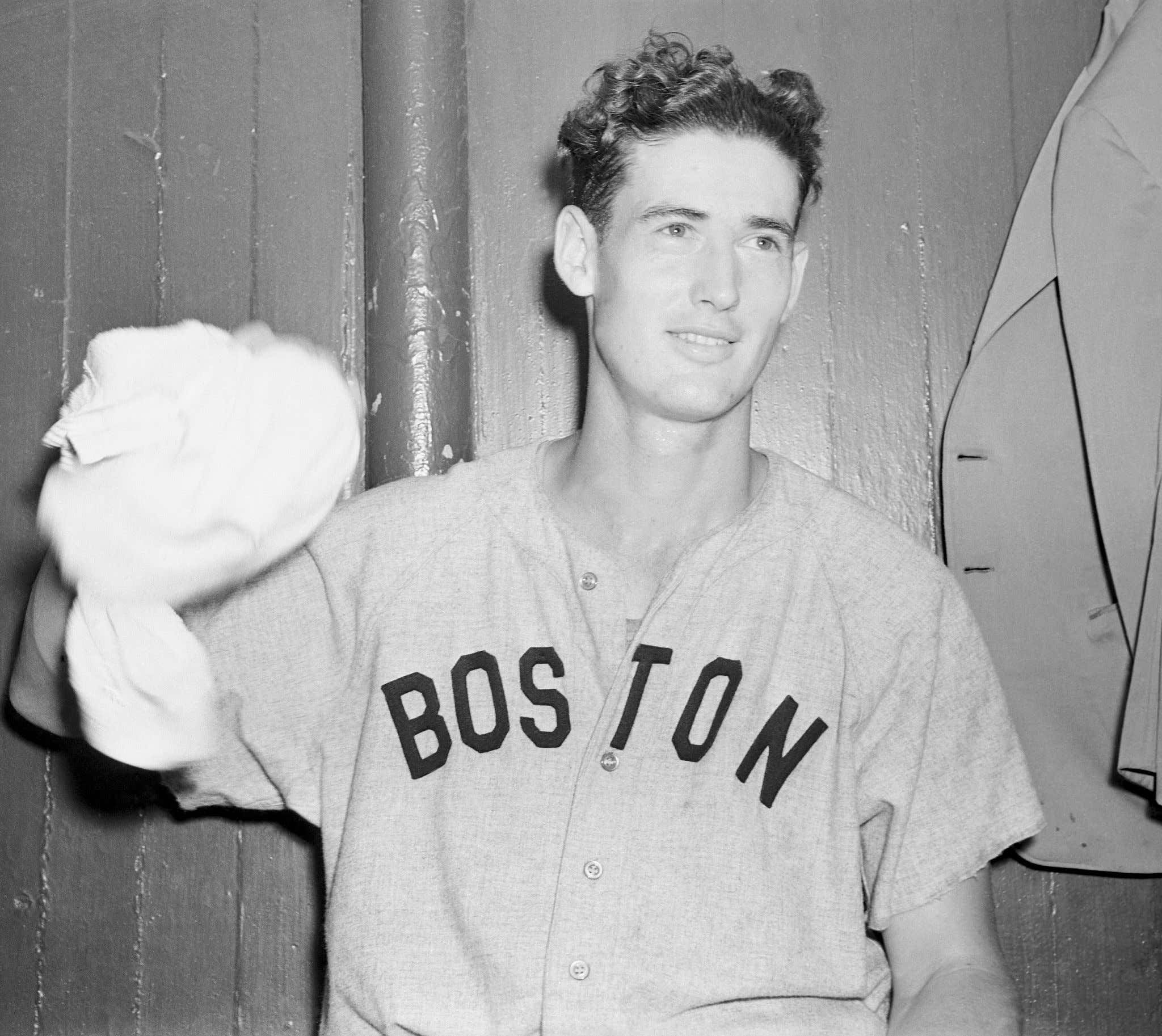 I saw this tweet over the weekend and it got me thinking:

Prince's blog went over the pitchers who have spent their whole career with the Mets but I got to wondering who the best players (not just pitchers) who have spent their whole career with every team. Some teams would be easy (Padres) but other teams are harder than it may look at first glance. I usually use WAR for these things but I am not going to this time. This will be who I feel is the greatest AND most important player who never changed teams. I'll do the American League today and the National League later this week. 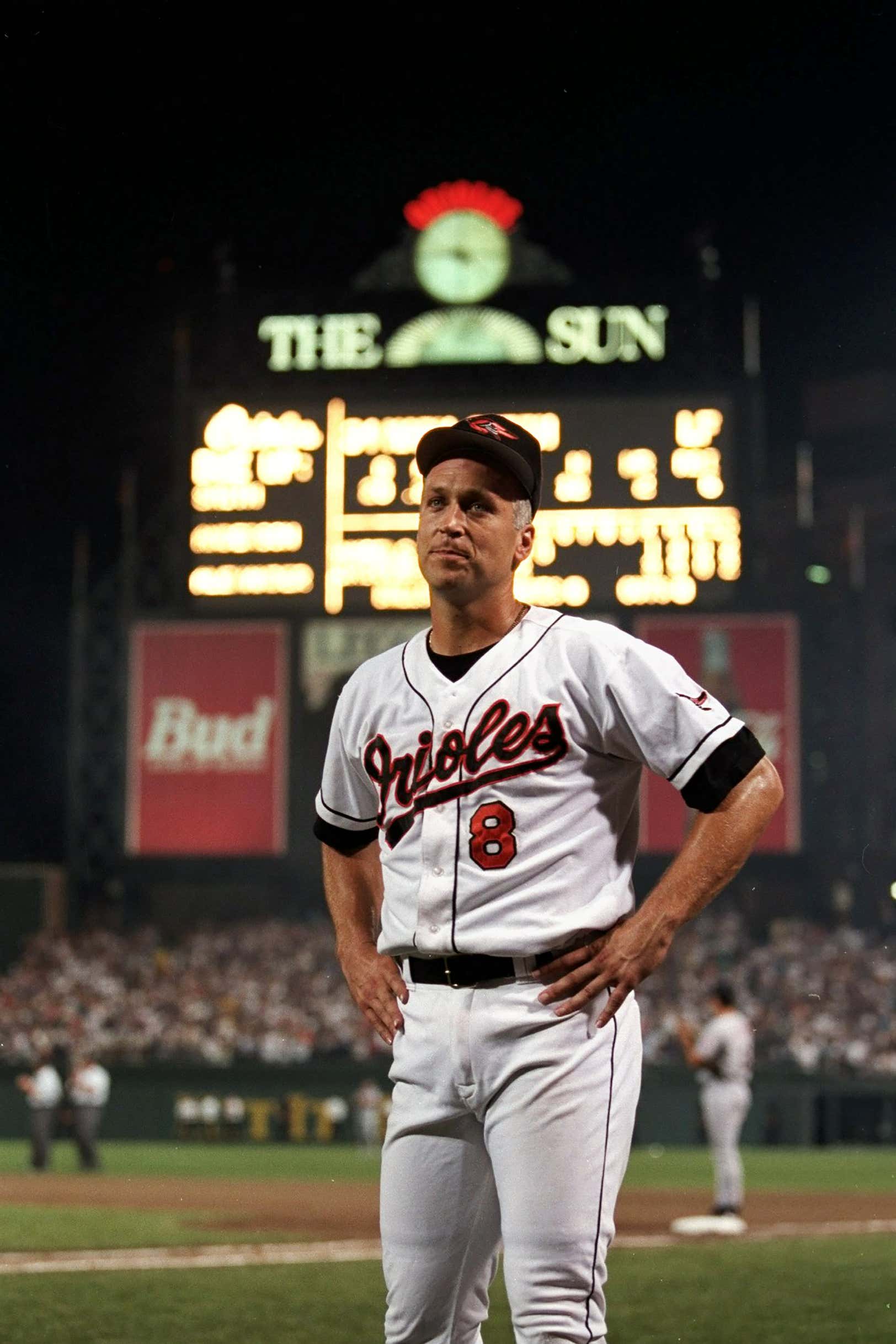 Older Orioles fans might say Brooks Robinson or Jim Palmer but it has to be Cal Ripken, Jr. Unlike Robinson or Palmer, Ripken didn't play on the greatest team in Oriole history (although he did win a World Series in 1983) but The Streak, 3,184 hits and being one of few guys from the steroid era to still have a clean reputation is enough for me. He is also the WAR leader for the Orioles and St. Louis Browns (where the Orioles played until 1953).

This was a pretty easy call but the Red Sox have plenty of people that would be the pick for most teams. Carl Yastrzemski is once again in Teddy Ballgame's shadow and this also leaves out Jim Rice, Bobby Doerr and Dustin Pedroia. There are so many great Ted Williams stats but this tweet shows an all-time legendary stretch by any American:

Lou Gehrig is the WAR leader but I am picking Mantle. The Mick has almost become underrated as time as gone on and people seem more focused on his drinking than how great he actually was. His power is unquestionable but do people know he had OBP's of over .485 TWICE in his career? That the Yankees went from Joe DiMaggio (another guy I chose Mantle over along with Derek Jeter) to Mickey Mantle at centerfield in the middle of a five-peat title run is pretty astonishing. 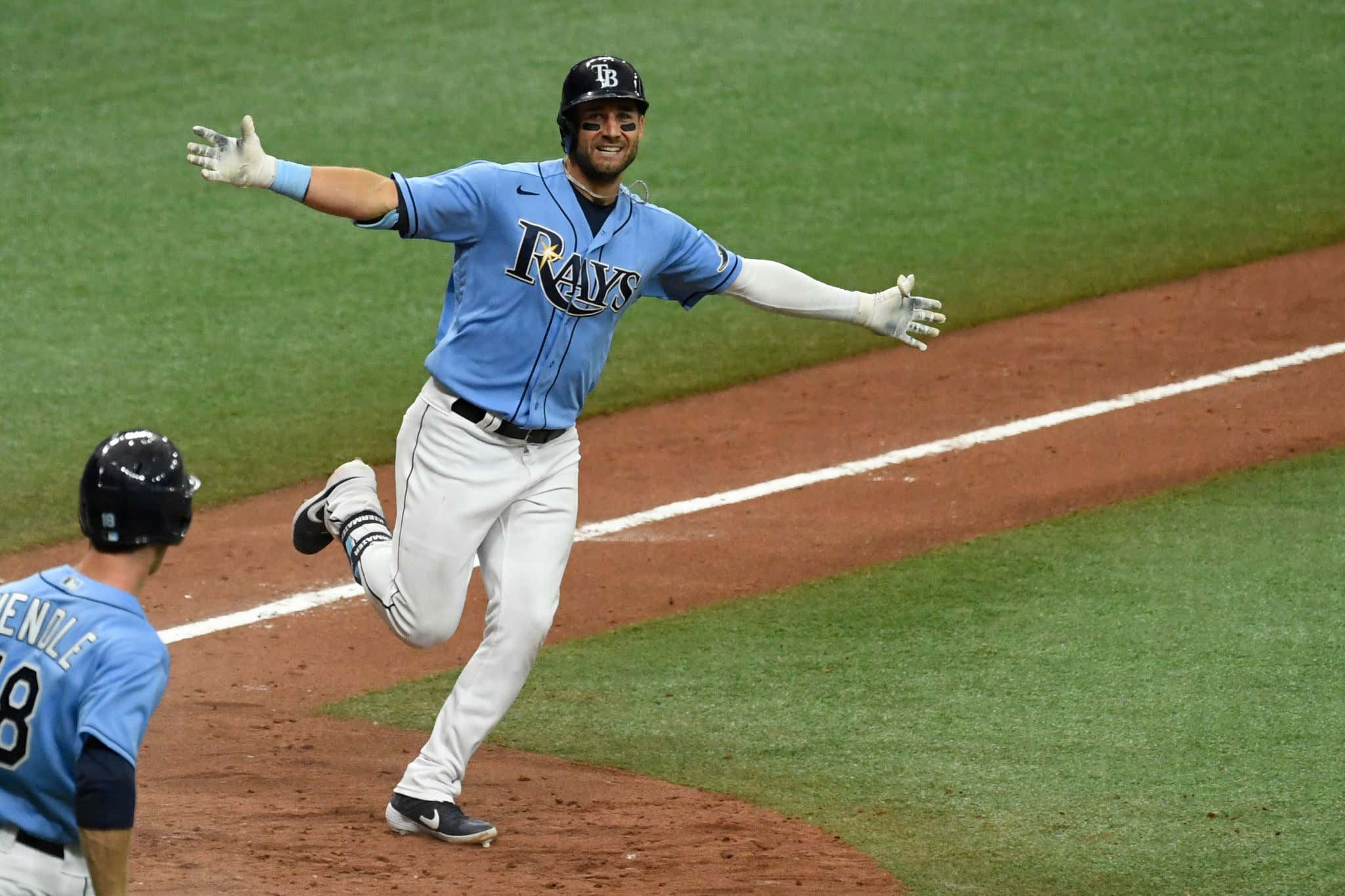 You have to love a list with Ted Williams, Mickey Mantle and Kevin Kiermaier. The craziest thing is that Kiermaier was the easiest choice of the three. The Rays have obviously had better players (Carl Crawford, Evan Longoria and David Price among them) but with free agency, this gets tough for the newer expansion teams. Kiermaier is a pretty underrated player considering how strong his defense is in center field. He may not be long for this list though. He is currently a free agent. Should he leave, the next best options might be Desmond Jennings or Rocco Baldelli? 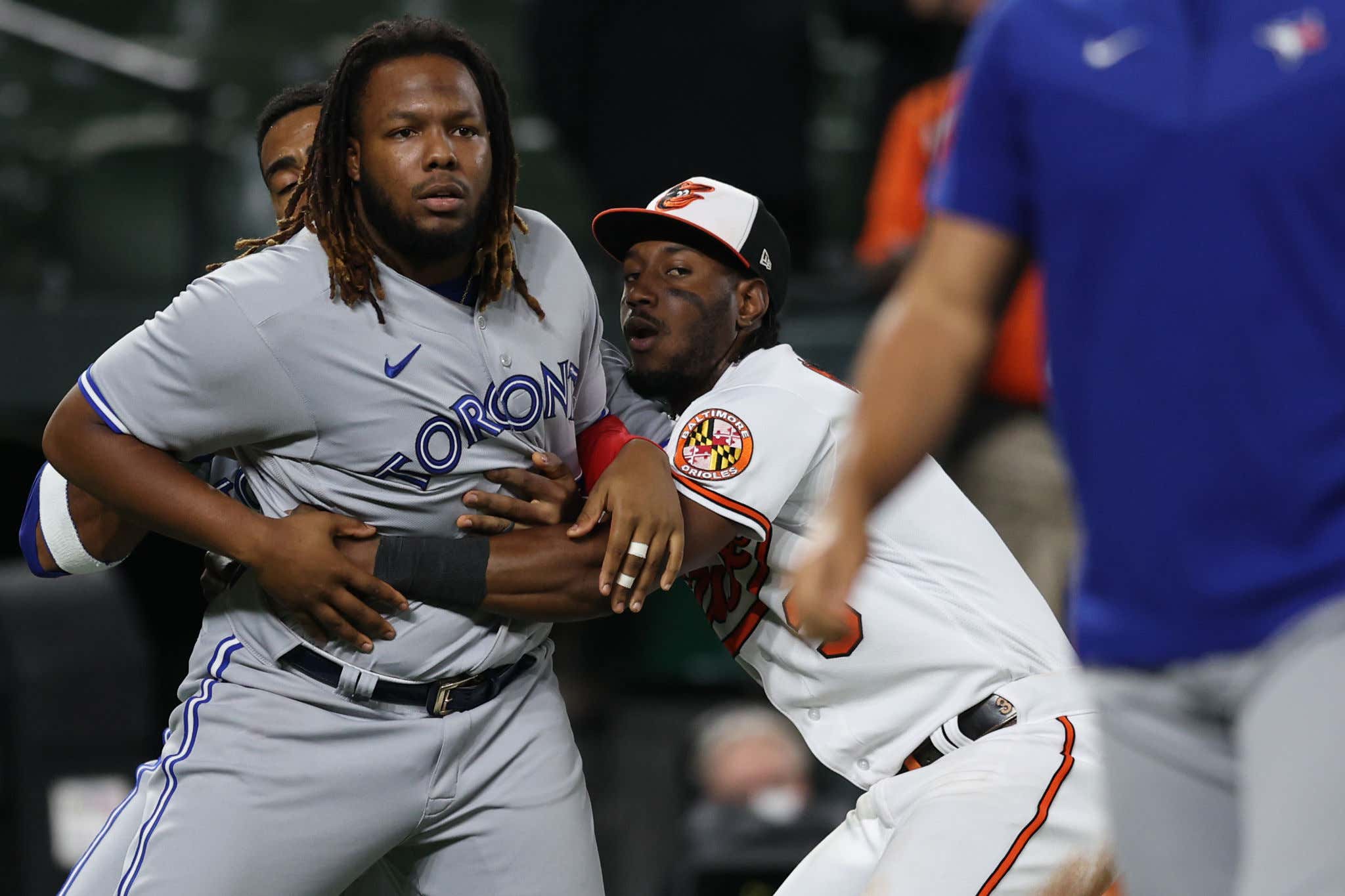 The Blue Jays have been around for nearly fifty seasons and it was between Vladdy Jr. and Bo Bichette. The Blue Jays have had some fantastic players. Guerrero is actually 30th in team WAR. It's just no one stays in Toronto for their whole career. Dave Stieb is the team's WAR leader and would have been an easy call but near the end of the his career, he made four starts for the White Sox. Other greats like Roberto Alomar, Tony Fernandez, Carlos Delgado and Roy Halladay all played for other teams.

Nicknamed "Old Aches and Pains", Appling played in the in the majors until he was 43 and more amazingly played all but 80 games of his entire career at shortstop. Despite playing for the White Sox from 1930-50, he never once appeared in a World Series. Appling has been forgotten by lots of baseball fans outside of Chicago but he was a legitimately great player who won two batting titles and made the Hall of Fame.

Bob Feller threw so fast at such a young age that he was in the major leagues the summer BEFORE his senior year of high school when he was only 17. Even though he missed three seasons to fight in WWII and retired at 37, he still won 266 games. Here's a great video of Feller still throwing at the age of 90 years old at Cooperstown.

I wish it could be Alan Trammell or Lou Whitaker but it's impossible to deny Kaline on this one. He went to 18 All-Star Games and had over 3,000 hits. He was also a key member of the 1967-68 World Series teams. A quick thing about Whitaker: it's absolute bullshit he's not in the Hall of Fame and Trammell is. Whitaker had more hits, home runs and a higher WAR.

If the Padres is the easiest call in the NL, this is the easiest of the AL. Brett was awesome, had over 3,000 hits, won a World Series in 1985 and has a batting title in three different decades. Here's the pine tar video which we've all seen but is always awesome.

If you only want to count the Twins franchise as starting in 1961, when the Washington Senators went to Minnesota then Kirby Puckett is the answer (and I am guessing what you expected). Joe Mauer has a higher WAR but the answer is still Puckett. He's a Hall of Famer, led the Twins to two World Series titles and had the biggest home run in franchise history.

It would be unfair to ignore Walter Johnson though. He spent his entire career with the Senators from 1907-27 and won an amazing 417 games. I know it's quick to say he was a product of his era where pitching was king but he was still the best of that time. He led the league in strikeouts a dozen times and still is the all-time leader in shutouts with 110. His 1913 season still stands as one of the greatest pitching seasons ever. He won the pitching Triple Crown by going 36-7 with a 1.14 ERA and 243 strikeouts. 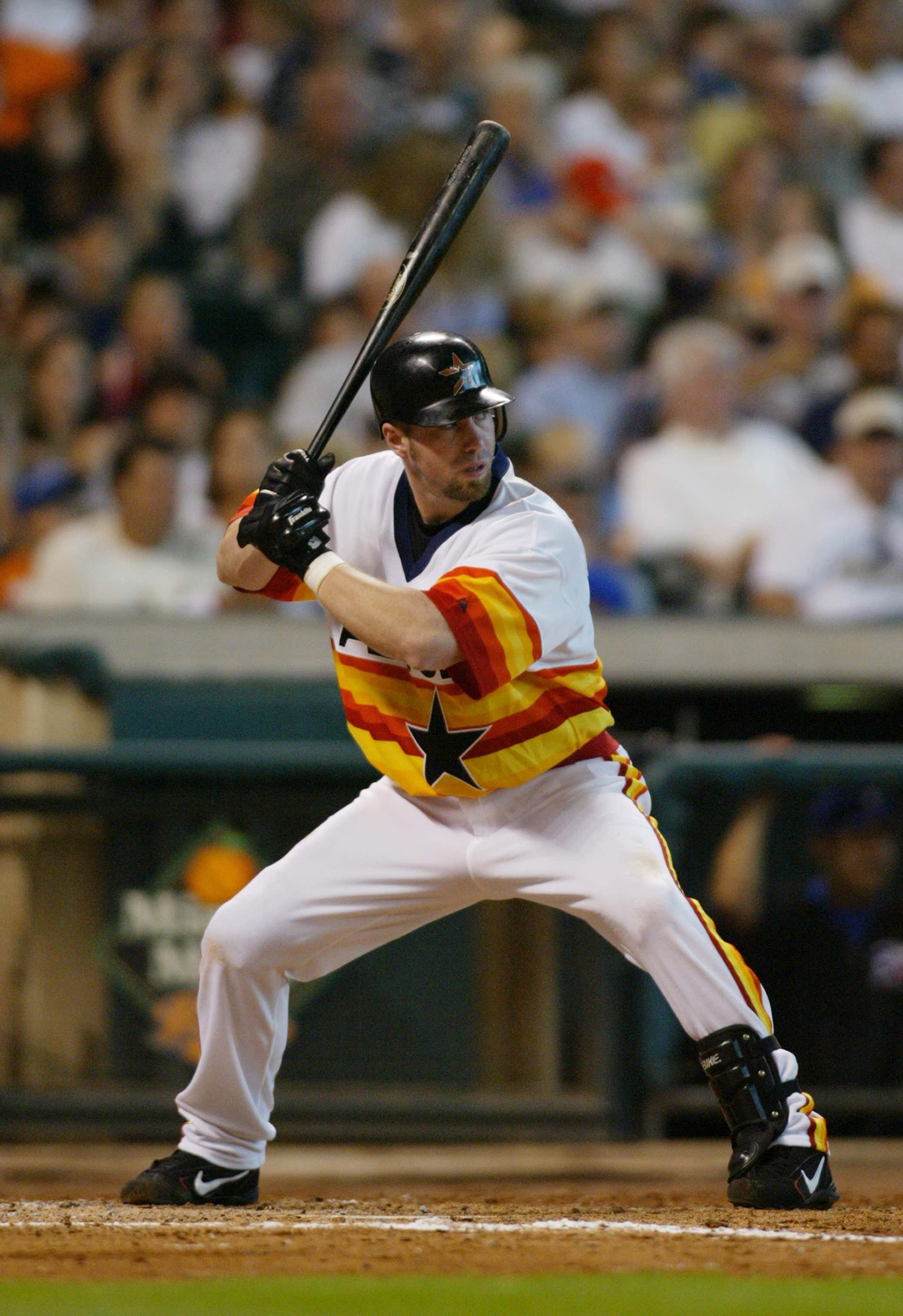 Craig Biggio had over 3,000 hits and is 6th All-Time in doubles so I'm pretty torn on this one. When they were both at their best, Bagwell was the better player and he is the WAR leader so I'll give him the nod. The Astros do have a couple real contenders on their active roster with Alex Bregman and Jose Altuve. If one of those guys can make the Hall of Fame (it'll be tough for Bregman but   Altuve has a real shot) combined with their World Series rings, that would be tough to deny. 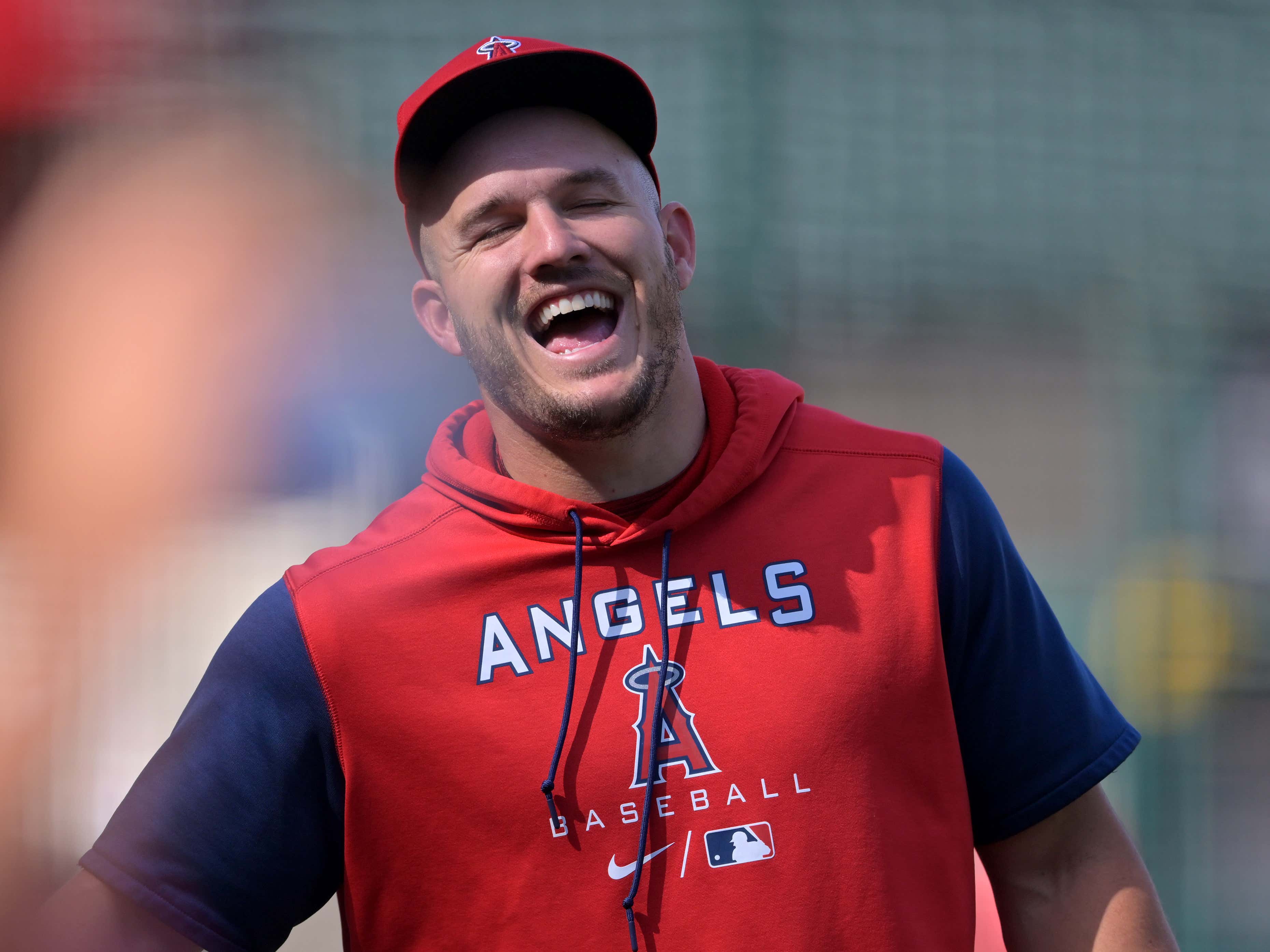 Up until a few years ago, it would have been Tim Salmon but now it's clearly Trout. I can't imagine Trout playing anywhere else either. They SHOULD trade him (I talk about that here) but they won't because they are hellbent on appearing to be a contender when they are in actuality years away. Not only that but where will they be when Shohei Ohtani leaves as a free agent after next season? Hopefully the new owner has some answers.

Rommel was a pitcher from 1920-32 who led the league in wins twice. He also led the league in losses twice. Honestly, there are no good candidates here and if you say it can only be an Oakland A's player, it gets really tough. The problem is Connie Mack ran the team for so long and every time he built a great team, he'd tear it down for financial reasons after they won a couple titles. It's similar to how the more modern day Marlins were run but they were they Adderall version of what Mack would do.

If I could only pick a Oakland A's player, I might have to go with current catcher Sean Murphy. Like Connie Mack, Oakland ownership also has a propensity to build great teams and then tear them down like after 1974 and then again after 1992.

It's clearly Edgar. He's a Hall of Famer and has a career stat line of .312/.418/.515. He was incredible. I still think Felix Hernandez and Kyle Seager deserve some love. It's crazy that the Blue Jays and the Mariners started the same year and the Mariners despite being the much less successful team has three very good players who have played their whole careers with the team and the Blue Jays don't have anyone to consider who is not on the active roster.

I am counting the 11 seasons the Texas Rangers were in Washington and the answer is still Rusty Greer who was with the Rangers from 1994-2002. If Michael Young hadn't played his last season with the Phillies and Dodgers, he'd have been the choice. I know Greer is probably not mentioned very much outside of Arlington but he was a damn good outfielder and the Rangers were a good team in his prime. With Greer in left, they won the AL West three times but lost in the first round to the Yankees juggernaut each time. He had over 100 RBI's three times and had a lifetime average of .305.

This was fun to do and even quizzing people in the office who they would take, left Frank The Tank and Brandon Walker especially stumped with the Blue Jays. The National League has three teams that are younger than 30 so there could be some crazy answers when I finish this list later in the week.