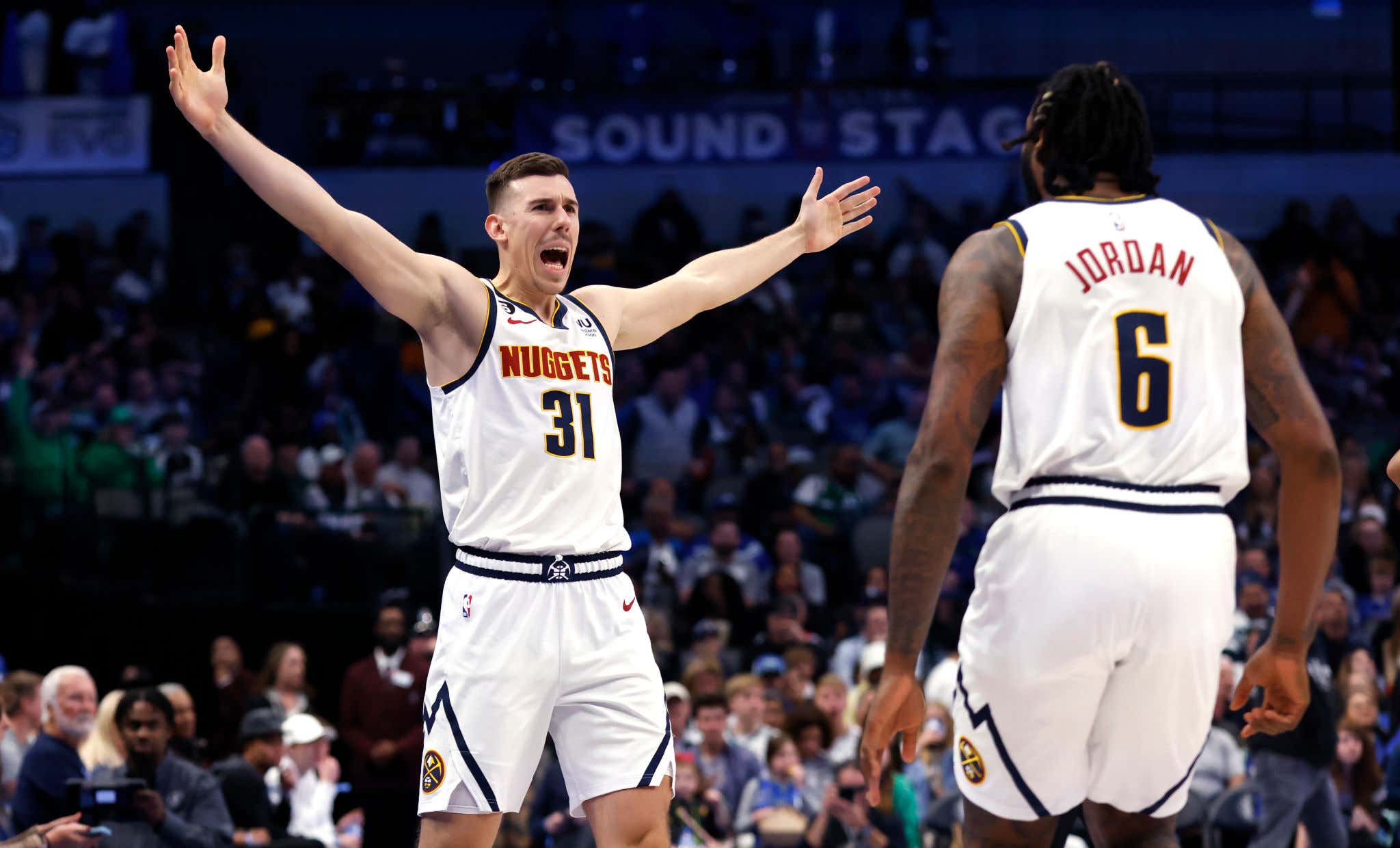 I say it all the time, but the beauty of the NBA is every single night is an opportunity to see something you've never witnessed before. It can be insane team performances, maybe a player does some crazy shit not seen since like 1950, maybe it's an awesome play like the Hawks had over the weekend at the buzzer, the possibilities are endless.

Well that's certainly the case when it comes to last night's Nuggets/Mavs game. It all begins with this supposed buzzer beater by Luka to end the first half

It was your patented Luka Magic stepback three from his favorite spot. All good right?

Unfortunately, Luk pulled a Max Strus and stepped out of bounds 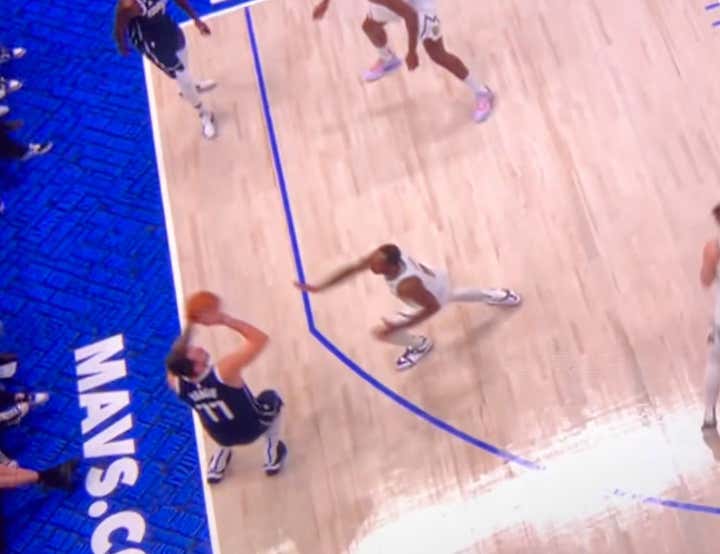 Was the heel down? Depends on which fanbase you ask, just like how that's the case with MIA/BOS and the Max Strus play from Game 7 of the ECF (he was out).

What happened as a result of this play is something I don't think I've ever seen before in an NBA game. Because they overturned this call when reviewing it at the buzzer, both teams had to play the final 2 seconds of the first half to start the 3rd quarter. If that's confusing, it's because it is. So basically everyone would come out of halftime, there would be  2 seconds on the clock that would technically be the 2nd quarter, then things move right into the third. No big deal right? What can possibly happen in 2 seconds?

Naturally, you knew something crazy was going to happen in those 2 seconds because that's how this shit works. When you have chaos, you really have chaos

Just remember that 6 point swing, because it would come into play later. Cancar may not want to say it decided the game, but it was a huge play that definitely turned the momentum. Those type of moments can completely swing an NBA game, and you never know when those points are going to come in handy. Take the final possession of the game for example

Plenty of time for some Luka Magic, and considering he has a knack for hitting game winners, as a Mavs fan you're probably still feeling alright in this moment. Unfortunately, we had yet another bone job from NBA officials.

Both Luka and Mark Cuban seemed pretty convinced that MPJ's bucket was a 2 and not a 3 (it was a 3), but that's not really where I think the Mavs got boned. You see before this game winning attempt by Luka, we saw Bruce Brown commit a foul with one to give. The official waited a bit too long and blew his whistle way after the fact at around 3.7 seconds. You could make the argument it should have been nearly a full second earlier 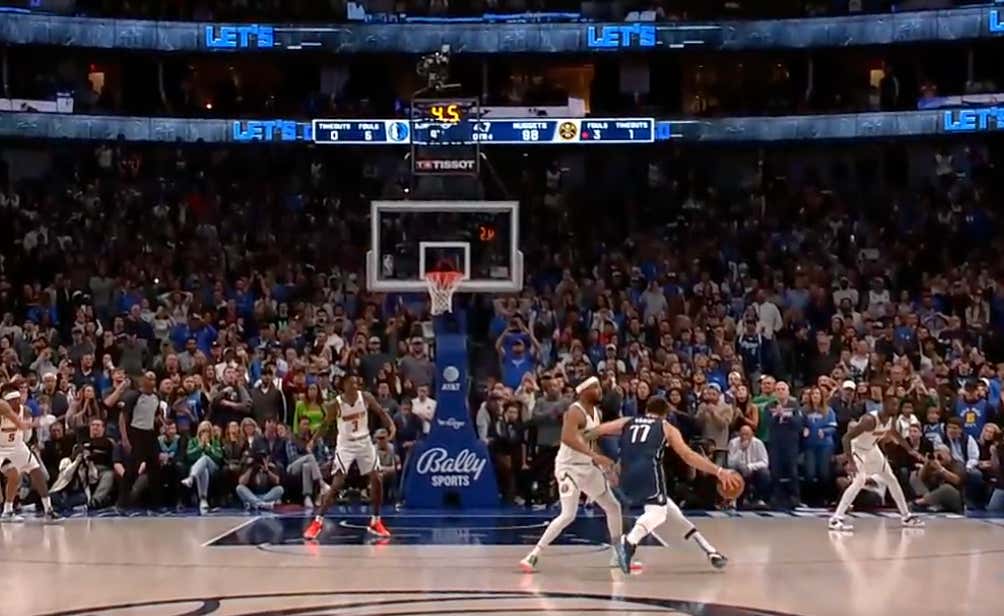 Who knows what the Mavs draw up with that additional time. Maybe it's the same play, maybe not. Maybe Luka doesn't feel as rushed, you just never know.

At the end of the day, it was a brutal loss for the Mavs considering the Nuggets were without Jokic or Jamal Murray. Losing a game like that on your home floor is tough, but also is sneaky a trend for these Mavs

who now sit in 9th in the West with a 9-7 record. Sure Luka is putting up insane individual stats, but those only take you so far. MVPs are supposed to be held to a higher standard than just individual stats, and right now the Mavs certainly are not living up to their offseason hype.

Looking back, that 6 point swing seems pretty important now doesn't it? It may have just seemed like any other play in the moment, but that's the beauty of the NBA. A single play here or there can actually impact the outcome. As someone who watches a shit ton of NBA basketball, I can't ever remember seeing a sequence like that before, and it just goes to show you that sometimes the Basketball Gods actually answer your prayers (if you're a Nuggets fan).

I can only imagine what might go down tonight. Can't wait.

Bones Hyland was also AWESOME in this game. Love Bones. What an electric player