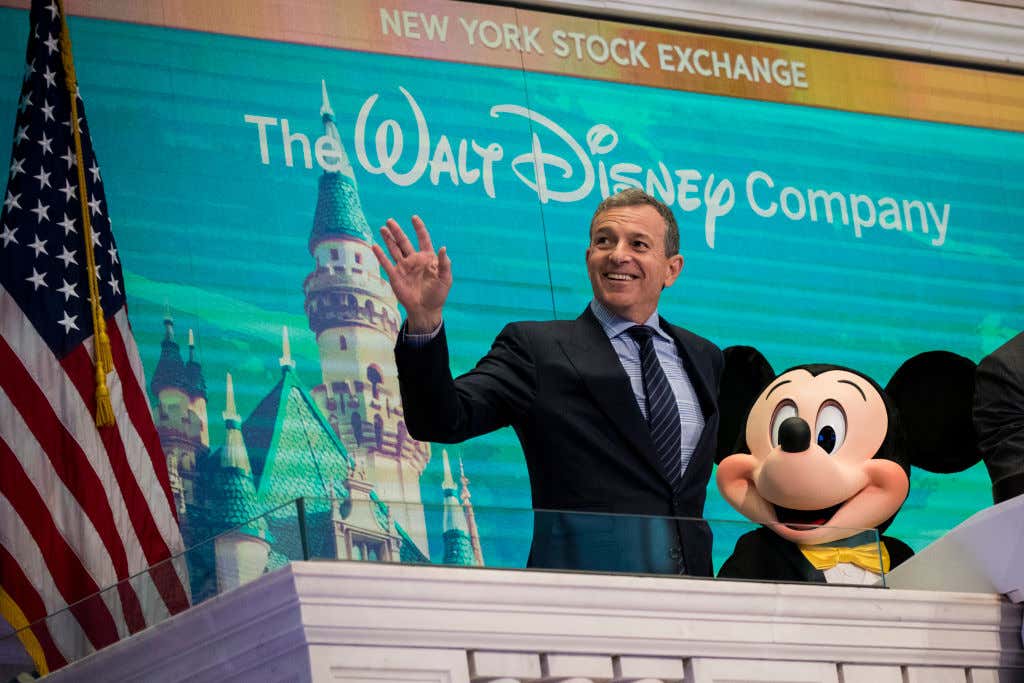 CNN- In a move that shocked Hollywood, Bob Iger, one of the most notable CEOs in the history of The Walt Disney Company, is returning to once again run the media empire. Bob Chapek, who replaced Iger in 2020 as CEO, is stepping down immediately.

“We thank Bob Chapek for his service to Disney over his long career, including navigating the company through the unprecedented challenges of the pandemic,” Susan Arnold, Chairman of the Board for Disney, said in a statement on Sunday night. “The Board has concluded that as Disney embarks on an increasingly complex period of industry transformation, Bob Iger is uniquely situated to lead the Company through this pivotal period.”

I apologize for the quick break from sports coverage here on Barstool SPORTS, but I've been a sucker for Disney corporate politics dating back to when I read DisneyWar back when I actually had the attention span to read books, Disney is even more American than apple pie (which let's be honest isn't all that great), and The Mouse has an infinity gauntlet worth of entertainment franchises that impact my day-to-day happiness with Marvel, Star Wars, and all the shit my kids watch.

I blogged about Iger resigning out of the goddamn blue on February 25, 2020 and Bob Chapek taking over despite not even having a Wikipedia page at the time of publishing after made his bones in the biz by running the Disney Parks for a while.

Along with this snippet:

The craziest thing is that Iger is stepping down right now right before Disney World celebrates its 50th anniversary in 2021 and anybody who knows anything about Disney knows how much it loves sucking its own dick during big anniversaries. Is there more to the story involving a powerful man in charge of a multibillion dollar empire? #Hmmmm

I have no clue if Iger was burnt out, was sick of hearing It's A Small World at work, or heard about a contagious virus spreading at pandemic rates and thought "Fuuuuuuck that". However, it was the best move Iger ever made considering the world promptly locked down less than a month later due to COVID-19, they barely promoted the aforementioned 50th anniversary since the parks were a shitshow, and Disney has been bleeding money during the current recession, inflation, and any other shitty words that end in "ion".

Investors cheered the news, sending Disney shares 9% higher in premarket trading. As of Friday’s close, the stock has lost roughly 40% of its value this year.

40%?!? WOOF! Large was able to forward me a video of the investors meeting and people did not appear to be happy!

I knew things were fucked when I started seeing reports like this:

Again, based on my DisneyWar experience from the book I READ (nbd), if you lose the parks, you lose your job. Parents willingly take out a second mortgage to give their kids a week none of them will never forget for very different reasons and the Disney weirdos will forever keep your park packed to the gills for that signature Disney magic that is made thanks to an obscene amount of money fueling everything. But that doesn't work if your park is broken down and/or dirty like any ordinary local fair being run by carnies.

Which explains why Chapek was forced to walk the plank on the Pirates of the Caribbean ride before Iger tossed him off. Okay, that's not true but that's how a CEO change should occur at Disney.

Now I guess the question is where does Disney go from here? Other than raising ticket prices again on poor folk like myself, who is going in April and may take out a second AND third mortgage so my kids can afford to eat C+ Disney food.

Fuuuuuuck me. Hopefully Iger can right the ship so Disney isn't raising prices anymore and can get back to its creative apex under his leadership, which pretty much was buying the biggest entertainment brands that had a For Sale sign. That may not be true, but hopefully this is all covered in DisneyWar II: The Iger Strikes Back.

P.S. I highly recommend DisneyWar to anybody that wants to read or, let's be honest this is Barstool, listen to a book. Not only does it have more political backstabbing than Game of Thrones, but it offers an inside look at Disney's massive hot streak in the 90s that churned out hits like Lion King, Aladdin, Beauty and the Beast, and pretty much all the other content they've just been rebooting to keep people coming to the theater. Michael Eisner is the main character in it and I remember hearing his name a lot when I was growing up. So it was a really interesting to find out why.