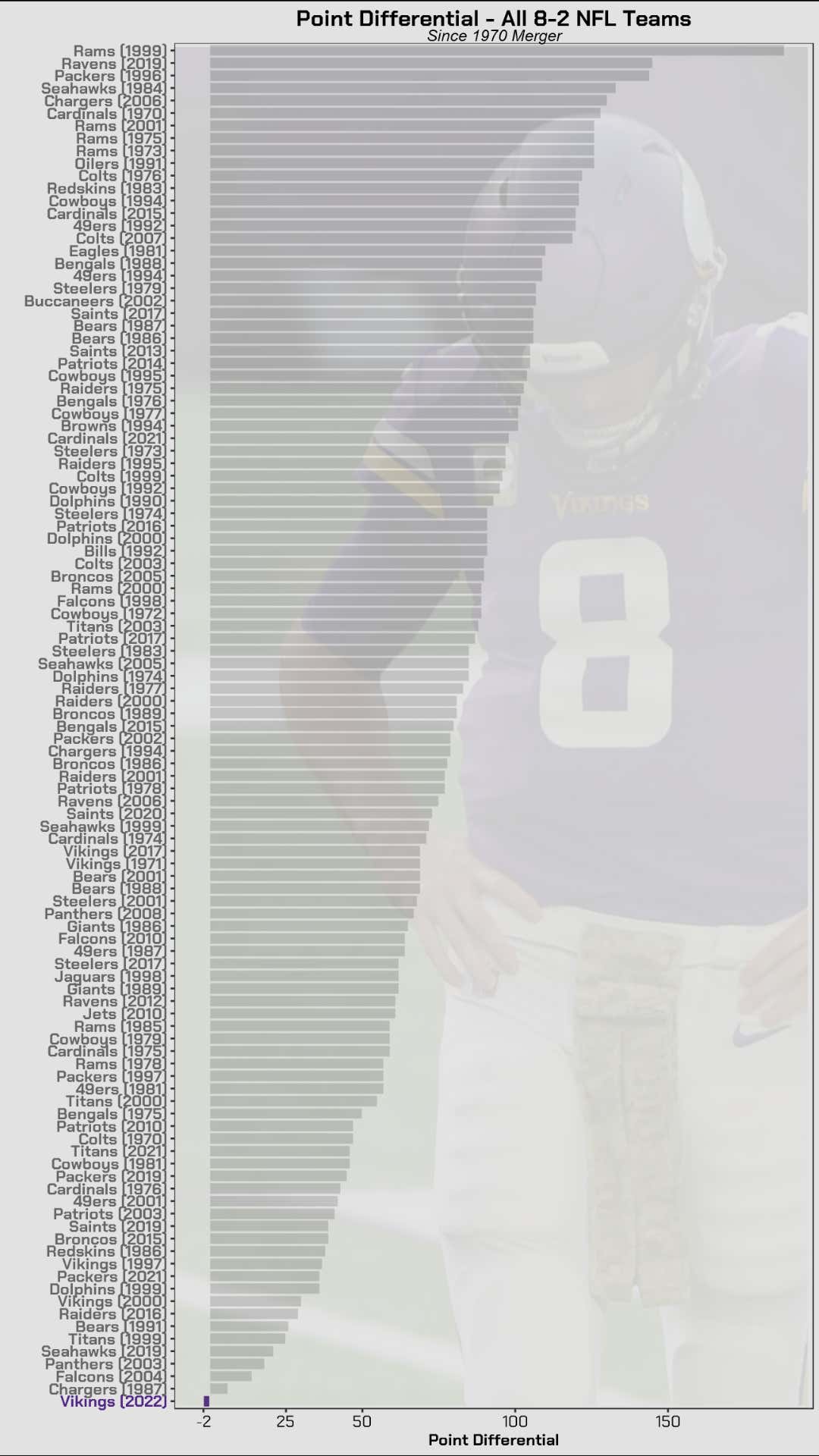 As you can see above, the Vikings pivoted from being the second-worst 8-1 team in NFL history by point differential to drop-dead last place for all 8-2 teams. At the top of this list we have the "Greatest Show on Turf". At the bottom, the "Greatest Schmo of Dearth".

It's easy to say a team is a fraud when they get clobbered at home 40-3, but lucky for me I already called my shot on the Vikings being a mirage last week even after they beat the preseason Super Bowl favorite Buffalo Bills to improve to a league best 8-1 record. I didn't care. It's like Michael Jordan said: "That's the sign of a good man when he talks shit when it's an even score, or talks shit when he's behind". I wasn't afraid to call a Kirk a Kirk even when it appeared he was something more.

Back to the graph at hand shown above. It's pretty unreal that opponents have scored more points on the 8-2 Vikings than the Vikings scored on their opponents. This is not what you might call impressive. But it's honestly nothing Vikings fans shouldn't be used to. The astute observer will notice the 1997 and 2000 Vikings all in the bottom twelve of the list above and both team's seasons ended exactly as you'd expect - with one playoff win before getting blown out and exposed. The 22-point loss in 1997 looked almost competitive compared to the 41-0 beatdown by the Giants in 2000. This atrocity tied the 2002 Colts for worst blowout playoff loss in NFL history. What else is there really to say here?

Don't get me wrong the Vikings are a fine team, but let's face the facts. Kirk Cousins is a walking mutual fund of a quarterback. When teams add him to their player portfolio they are always just a little bit better than they were without him, and Cousins comes with neither the risk nor the upside of options day trading teams prefer in guys like Jalen Hurts, Patrick Mahomes, Deshaun Watson, or Mitch Trubisky (like I said - RISKIER).

Here's a crazy stat to prove my point on how dependable but nothing more Kirk Cousins is. You might be surprised to learn Cousins had a 39-game touchdown pass streak end Sunday which tied Brett Favre's career best and is more than Tom Brady (35), Pat Mahomes (30) and several other quarterbacks that a guy named Kirk has no business sharing the stage with: 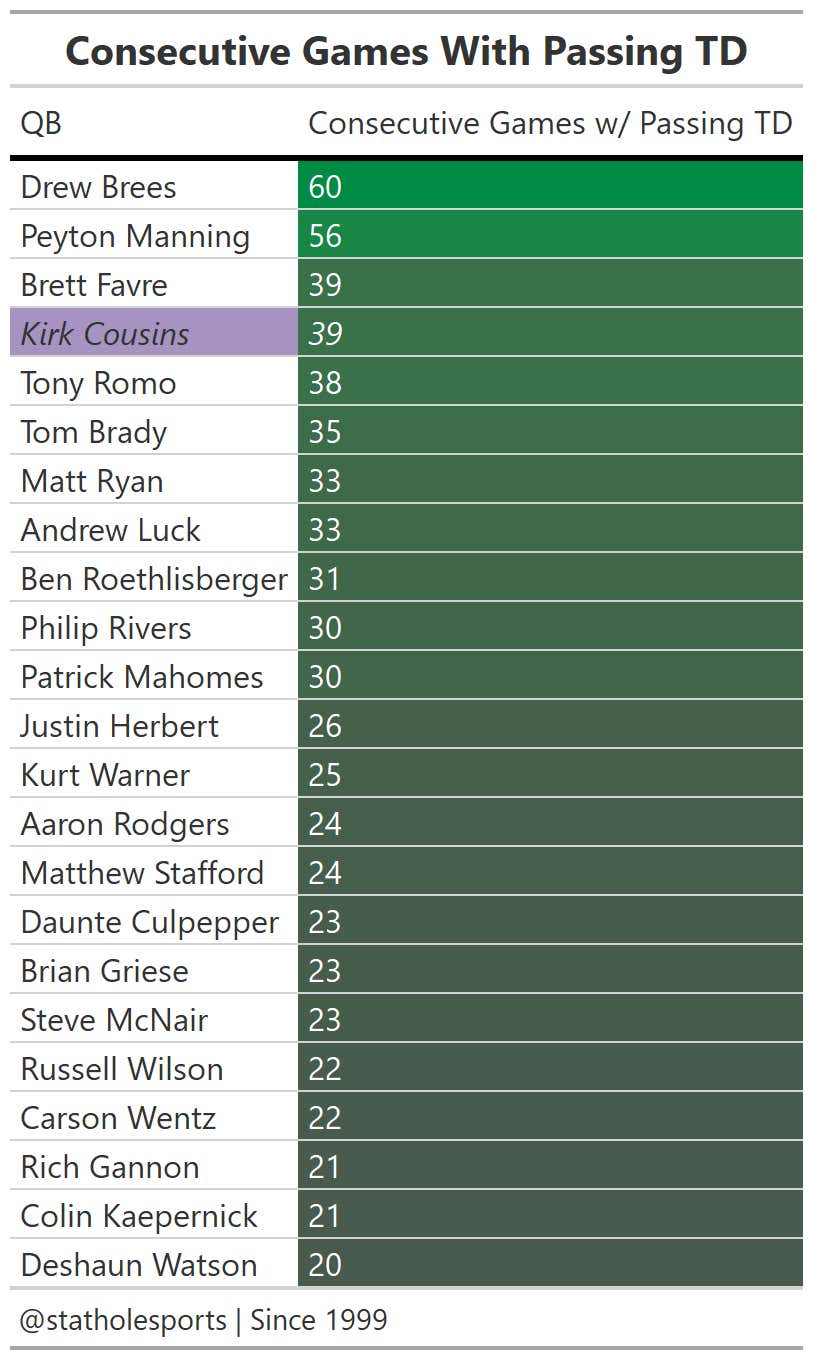 Talk about imposter syndrome. Despite this actual impressive thing he's accomplished, Cousins has played in 135 regular season games now and has one playoff win to show for it. ONE.

Anyway, should be fun to see how the rest of the season plays out. I don't even mean to be a hater - I think Kirk Cousins is a stand up dude and an inspiration showing us all that good things can happen if you just do the bare minimum. But even in a wide-open NFC, I still don't see this team coming through when it matters most. Until then, enjoy the gradual growth he provides the team on paper until the inevitable end of season pull back teaches a new generation what that of 1997 and 2000 already knows. This team is a fraud.